Three things to shout about today.

Firstly, ex-DSD writer Bryon Quertermous is open and available for freelance editing work again. If you're a self pubbing author who needs a good eye on your work, or a professional edit, then you won't go wrong with Bryon (just don't feed him after midnight.)

If you're a commissioning editor, or an indie press, why wouldn't you want him to work on some books for you? (Never get him wet.)

His editing site is up and running here. Crime? Sci Fi? Thriller? Fantasy? I don't even know what most of those things are, but he can help you with them.

Next up, my buddy Eyre Price has a new book out today. Star Killer Star is the latest Crossroads Thriller. He mixes music, crime, conspiracy and violence in a way that can only be described as awesome. The book is out in paperback and on kindle right the hell now, so you know what to do. 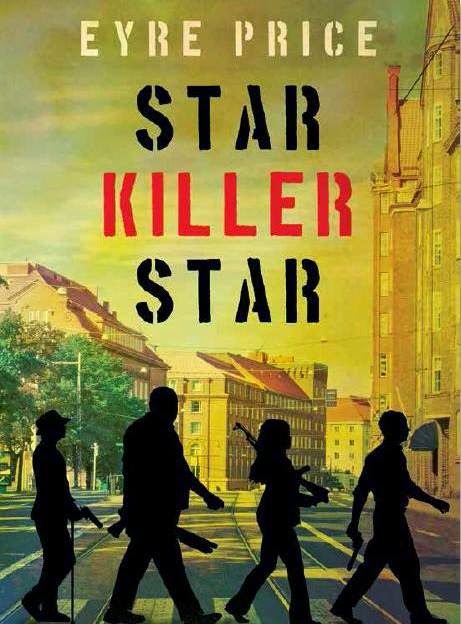 
So many bright, young music stars lost too soon. Tragic consequences of the pop-rock lifestyle or calculated casualties of a far more sinister plot?

Sent on a mission by the mysterious Mr. Atibon to discover who really killed Jimi Hendrix, Daniel Erickson uncovers a conspiracy that reaches the highest government offices and corporate boardrooms. When devilish music promoter Haden Koschei sets his sights on a new pair of victims, Daniel’s quest gets personal, as he and his hit man friend, Moog, race down the highway to hell to save their loved ones. It’s a long and winding road, beset with maniacal FBI agents, corporate commandos, and crazed Mexican drug lords. Before Daniel can make it to the big finale, he must first face his own destiny. Star Killer Star is a smart, fast-paced thriller that asks: If fame is power, who controls it? And what are they using it for?


And finally for today, our pal here at DSD, Dana King, is gearing up to give some books away for nada on kindle between June 25-29. That's a total of FOUR books that you'll be able to get for the combined price of ZERO dollars.  I'm pretty sure that counts as one of the best deals ever.

Dana's book A Small Sacrifice  has been nominated for a Shamus Award this year for best indie P.I. novel. The winners will be announced at Bouchercon in November (I'm going to be there this year, by the way, come buy me a drink...I mean....come say hello.) 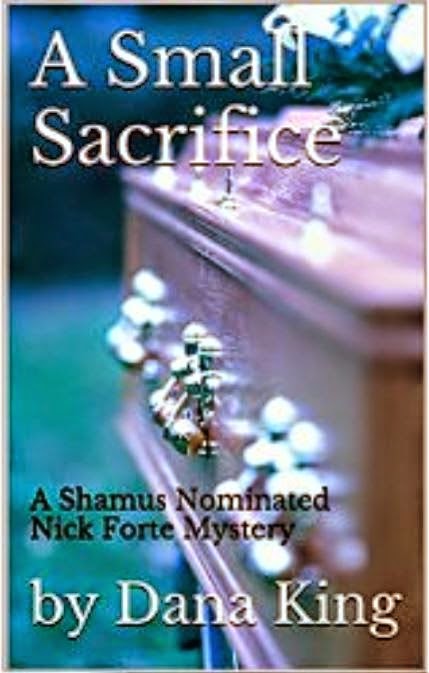 Here's the blurby bit for A Small Sacrifice;


Detective Nick Forte is not impressed when Shirley Mitchell asks him to clear her son’s name for a murder everyone is sure he committed. Persuaded to at least look around, Forte soon encounters a dead body, as well as the distinct possibility the next murder he’s involved with will be his own. Clearing Doug Mitchell’s name quickly becomes far less important to Forte than keeping references to himself in the present tense.


If you want to be all caught up before then, or if you simply want four bloody good books for the price of none, you'll be able to get them here from tomorrow. And today's post comes with some homework. Hit the twitters and the facebooks and tell people about these three good writers.
Posted by Jay Stringer at 6:45 AM

Is the "best Indie Shamus" an award for the "best self-published" book? Not sure what that means. Out of all the free self-published books available, how would anyone find the best ones? Or even good ones?

"how would anyone find the best ones?"

Peer review. These ones are good.

Thanks for the shout out. You can feed me after midnight depending on the time zone.