The Importance of Rewriting 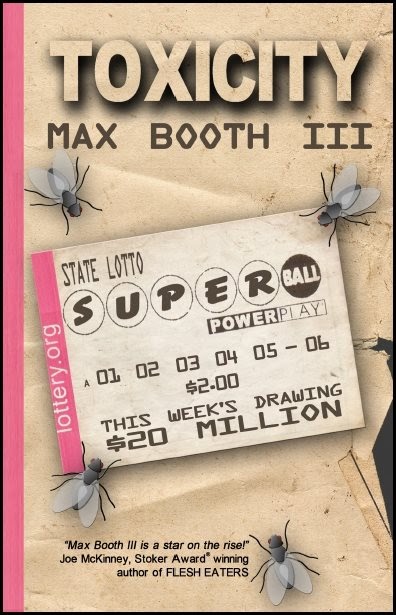 My debut novel, Toxicity, was published last month by Post Mortem Press. The edition available to readers right now clocks in at just over 78,000 words. When I hired freelance editor, Richard Thomas, the book was standing at 110,000 words, and after he finished with it, Toxicity shrunk to 96,000 words. After Post Mortem Press’s staff editor, Paul Anderson, dissected it, the book shot down to 78,000. These are just the editing passes of what I consider to be the final draft of the book. Before that? Man, it went through so many different rewrites, I literally lost count.

Toxicity actually took longer than any novel probably should to write, but I’ll forgive myself on account of it being my first and how young I was when I started it. Not a lot of people outside my personal life are aware of this, but I am only twenty years-old. I will be twenty-one this July. So when I tell you that I’ve been working on this novel for eight years, rewriting it and rewriting it, that means I started it when I was twelve.

I wrote the first draft in the span of a few days. It had nothing at all to do with drugs or robberies. It was simply about a trailer trash dysfunctional family (the Desperations) who one day randomly wins the lottery. Of course, the family was heavily based off my own family. I wrote about all these amusing misadventures Johnny and his brother got themselves into with the surrounding prude neighbors. The manuscript was page after page of only Johnny’s storyline, and as readers of the finalized book know, Johnny’s storyline is actually the least involved out of the three interweaving plots.

After a while of writing this then unnamed story, I realized I didn’t know where I was going in it, so I decided to shake things up. I had the doorbell suddenly go off, and when Johnny’s brother (who is heavily based off one of my own brothers) opened the door, Maddox Kane (in the first draft a professional hit-man, in the last draft an ex-baseball player/drug dealer) was standing there on the porch with a shotgun, and blew the brother away. The story then took a pause and rewound back to the beginning of the book, but through Maddox’s point of view.

As multiple drafts of the book proceeded, I gradually sprinkled more layers into the story—drugs, robberies, hallucinations, Harry Potter-themed rock bands, etc. Obviously the plot changed drastically. A title formed, based of the name of the fictional drug in the book: Jericho.

When I was thirteen, my life also changed drastically. Our family lost the house and we (my parents and I) moved into a hotel. Over the course of two and a half years we lived in various hotels and motels around Northern Indiana. During this time I did not attend school of any kind, and I was basically left to do three things: watch TV, read, or write. TV gets awfully boring after a while, so I spent the majority of my time reading and writing, which were two hobbies I was already obsessed with anyway. I used this time to write more drafts of Jericho, along with other short stories and half-assed books that will never see the light of day.

I joined a (now defunct) writing website called StoriesVille.com. Members posted their writing online and others commented and offered feedback. I quickly embraced the community, and many of the members I am still good friends with to this day (I’m even in a relationship with one of them). It was during this time that I started posting the then titled Jericho as a serial, chapter-by-chapter. I received some excellent advice on the story, and eventually deleted all the chapters just before the website went down under.

I took all the notes I’d gathered and rewrote the book once again from scratch. Originally, it was told in three parts, going through an entire point of view and then rewinding to the beginning to the next character’s perspective. I scrapped this idea and started switching POVs throughout each chapter. I deleted characters and added them. I gave them wizard capes and made them accidentally do embarrassing things to their dogs. I was their God and I was a cruel one.

I finished it again and immediately began sending it off to agents. I expected to be rich by the end of the month.

Goddamn I was dumb.

It was rejected multiple times, and later I realized only a con artist would have accepted it as it was. So I rewrote it again. Then I rewrote it another time. Each new draft become better than the last. Each new day my skill as an author grew. I was recycling sentences and characters and slowly crafting together something worth talking about. I submitted it to a few small presses, and it was rejected every time. So I rewrote it again and changed the title to Black Cadillacs as I feared Jericho would get confused with the TV show, then I hired Richard Thomas to do a professional edit. At this time, the novel was 110,000 words.

After receiving Richard’s edits, I once again rewrote the damn thing, changed the title to Toxicity (it just seemed to fit better), and submitted it to Post Mortem Press (who had previously rejected the novel). They accepted it a month later.

A few months after that, I received new edits from the editing god, Paul Anderson, and I for the last time went through Toxicity.

Rewriting a book is not everyone’s cup of tea, but it is something I personally find crucial for my own writing process. I cannot consciously create an outline, but what I can do is create a badly written first draft full of ideas needing to be better fleshed out. So the first draft is my outline, and every draft afterward is one step forward to the finished piece. Although, of course, no piece is ever finished. Just as no child is ever finished being raised. One day you just have to realize it’s mature enough to hopefully not starve to death on the streets, and you kick ‘em out into the wild.

BIO:
Max Booth III is the author of two novels, TOXICITY and THE MIND IS A RAZORBLADE, along with a collection of flash fiction called THEY MIGHT BE DEMONS. He is the co-founder of Perpetual Motion Machine Publishing and the assistant editor of Dark Moon Digest. The editor of numerous anthologies, he has studied under Craig Clevenger and award winning editor, Jennifer Brozek. He writes columns for Litreactor, Revolt Daily, and Zombie POP. Raised in Northern Indiana, Max currently works as a hotel night auditor somewhere in San Antonio with his dachshund and life partner. Follow him on Twitter @GiveMeYourTeeth and visit him at www.TalesFromTheBooth.com
Posted by Brian Lindenmuth at 4:00 AM