Last week I attended Free Comic Book Day at my local comic shop, The Pop Culture Company. They do this thing right. They brought in beverages, food trucks, raffle giveaways, and their very own Black Canary. The turnout was huge. When my boy and I parked in the lot at 9:30 and walked across the street to IHOP, the line for comics was already forming.


I quickly picked up two free comics--the folks were limiting what everyone could take so more customer could get something--and then made my way out to the bargain bins. There were boxes of trades at 75% off! Comic buyers are a considerate bunch so there was no pushing and shoving. I managed to find a few things that I would probably never buy on my own, but with the discount, I snatched up and didn’t look back.


Cheap Thrills: The Amazing! Thrilling! Astonishing! History of Pulp Fiction by Ron Goulart. This book is worth it for the art alone. Gorgeous. This is an updated version (2007) from Goulart’s 1972 book. 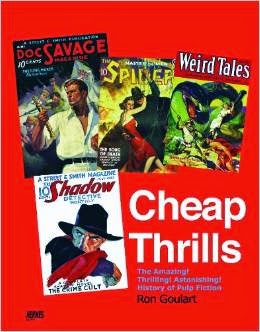 The Amazing World of Carmine Infantino - Now, I’ll admit something here: by the time Infantino left DC and worked for Marvel, specifically Star Wars, I did not like his art for those characters. Later in life, I learned who Infantino was and how big a role he played for DC and got new appreciation for him. This is basically a biography with lots of art. 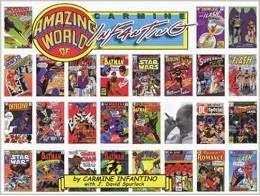 Superman vs. Muhammad Ali (Deluxe edition) - This is the last (someone check this, please) collaboration between Dennis O’Neil and Neal Adams. Adams, the artist, recently commented on how much he likes this book. I never read it back in the day, but I’m going to now...and then get Adams to sign it later this month when he lands in Houston. 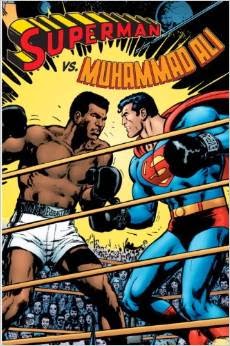 All-Star Companion by Roy Thomas - I love how the old Justice Society heroes were operating in World War II. Always have. Might be one of the reasons why I like history so much. This is a compendium of art and articles about the JSA. 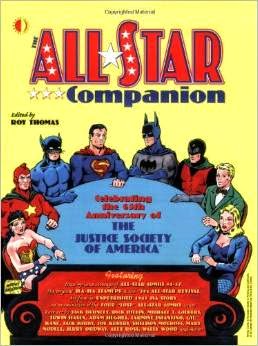 The Shadow: 1941 by Dennis O’Neil and Michael Kaluta - Never knew Marvel had The Shadow but I picked this one up because I like the Shadow and wanted to see O’Neil’s take on the famous character. 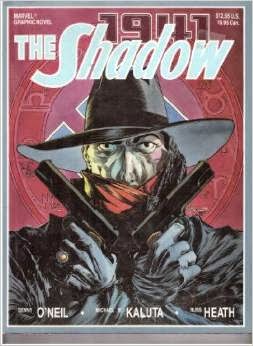 Imagine my surprise when I opened the cover and found this inside. 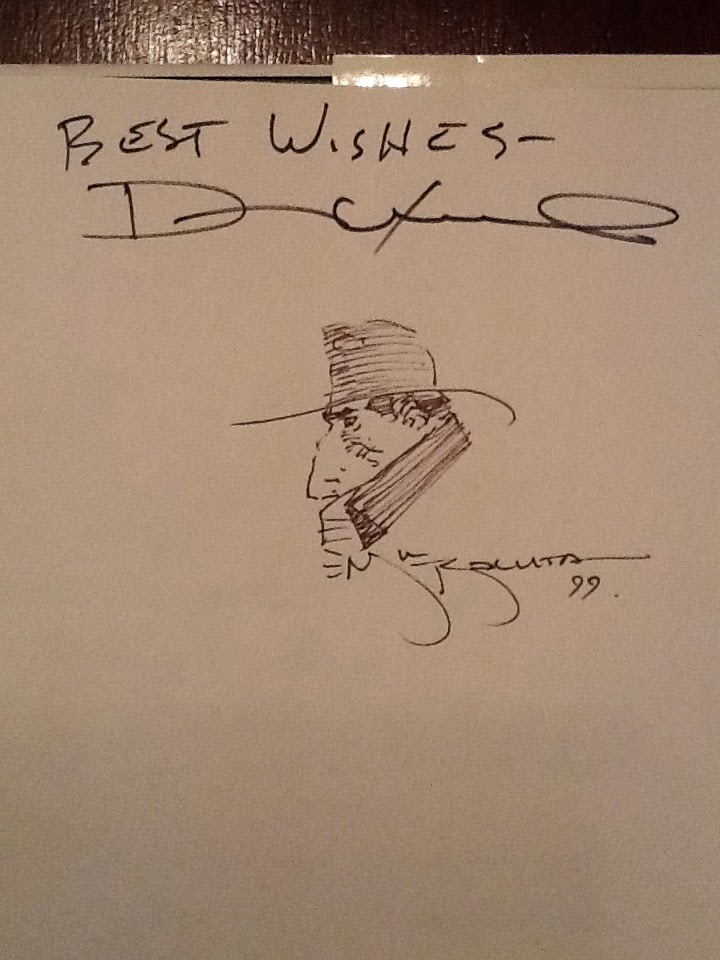 Talk about finding the unexpected. I'm not usually one for autographs, but how cool is that?


In regards to the newer, free stuff, I opted for Marvel’s Guardians of the Galaxy issue and Dark Horse’s Project Black Sky for the cover alone. 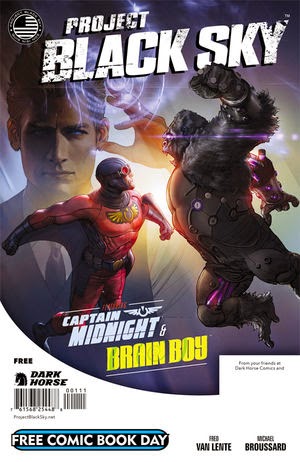 
What were some of y’all’s find at Free Comic Book Day?
Posted by Scott D. Parker at 1:00 AM