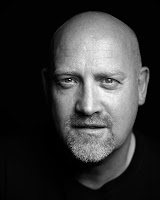 One of the unforeseen challenges of being a fairly new published writer is getting used to talking about a book I wrote some time ago, while my mind is tracking through the events in a new piece of work.

I finished A Taste for Malice around three years ago, so jogging the old memory cells (and I mean OLD) was not so easy.

It was only after I had finished my first published novel, Blood Tears that I realised I had written a crime novel, so for my next book – I was unpublished at the time and writing for myself rather than a commission – I didn’t have much thought to genre. I just started writing.

The idea came to me as I was driving. At a roundabout on the A78 in Ayrshire, I witnessed a near collision. A family car, driven by a young woman took evasive action and drove away safely, but started off a chain of “what ifs” in my head.

What if the crash had happened?

Then I filled in the young woman’s backstory. As you do. She was recently separated. One child: a four-year old boy. What if she sustained head injuries? Lost her memory? The estranged husband moves back into the marital home to take care of their son while she is in a coma and once she recovers and gets out of hospital – what if he pretends they had never split up? He has to then get her to fall back in love with him before her memory recovers. 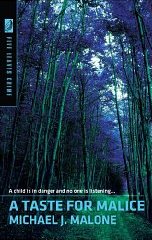 Subsequent research into the far-reaching effects of memory loss made me realise that life wouldn’t necessarily be that easy for the errant husband. He’s a carer to his wife, father to his son and he has a full-time job: he needs help. His parents are too old. Hers are dead. What if a strange woman presents herself as a friend to his wife? There were a few months between the separation and the accident. She could be a friend, but the doubts are there. However, he can’t voice them because his wife is too unstable. And if he does, what might “the friend”  say about him?

Slowly, trust builds between the husband and the friend ... before it all goes horribly wrong.

80,000 words into this and I wasn’t feeling it. My gut told me the basic story was strong, but that it was missing something. And that something was McBain, my detective from Blood Tears. 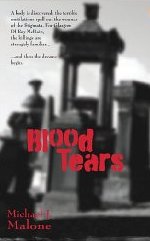 I brought him back from the professional dog house and put him on the (cold) case of a couple of families who had allowed a young woman in to their home to help out with the kids. Only for her to abuse their trust in horrible ways. McBain reads between the lines and sees that the violence is escalating. He needs to find this women before a child dies.

Blood Tears, had a reasonable body count and a fair splashing of the red stuff so I was keen that the follow-up  would be less so, and more of a psychological thriller. (Although, to be fair, Blood Tears had a strong element of that as well.) I wanted to achieve that tension while trimming down on the violence.

In fact, at the time I was writing the book I came across an interview where one famous and successful author said that you couldn’t have a crime novel these days without there being a dead body in it. Foolishly, (or not) I took that as a challenge.

The threat of violence became the thing. (And I realised I was writing a crime novel again.)

You’ll just have to read the book to find out if I managed to keep the body count down.

Thanks to Michael for dropping by Do Some Damage. He's also been kind enough to stump up a gorgeous hardcopy of A Taste for Malice for the first reader to correctly guess which crime writing greats inspired the name of DI Ray McBain. Answer in the comments section please.

I believe the famous author who stated this "rule" was Willard Huntington Wright.