Why I Said I Will Never Write About a Serial Killer


Years ago I decided that no matter what, I’d never write about a serial killer. I seem to remember I had very good reasons.


It’s not that I wasn’t interested in murderers from way back. In high school in 1976 I saw a girl reading a paperback called The Family about the Manson Family while I was reading, Helter Skelter – talk about destiny. It’s probably a good thing she dumped me a little while later. 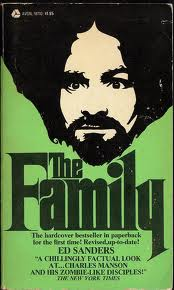 Through the 70s the Manson family was a big topic, they were easy to twist into whatever fear was on the top of your list – drugs, hippies, counterculture, cults, rock music, religion, politics, racism, breakdown of society, it was all there.
I may have bought Helter Skelter on the same trip to the mall that I bought Alice Cooper’s, Welcome to My Nightmare.
At that time I don't remember hearing the phrase "serial killer" applied to Manson or any members of his family. They were "mass murderers" or "spree killings." Today there are a number of definitions of these terms, I think, and whole areas of study.
At that point I don’t think I’d heard the phrase “serial killer” at all. Apparently it was first used by the FBI or Anne Rule or an LAPD cop about Ted Bundy or Son of Sam or...
Anyway, I have no idea when I first heard the term and I’m not sure exactly when I became sick of it. All I know is that by the time Silence of the Lambs came out I thought that would be the end of the trend. 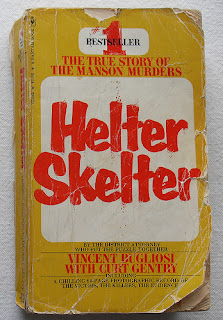 Okay, so I was wrong.


Really wrong.
I have no idea why serial killers have become so popular in fiction. Of course, I don’t really understand why vampires have become so popular or zombies. I used to think that vampires and zombies were symbols (or signifiers for the deconstructionists here) – you know, vampires for sexual longing and zombies for the love/hate relationship we have with conformity.


So what was the nerve that serial killers hit?
Anyway, now I don’t know if vampires and zombies are symbols of anything else or not.
When I started writing crime fiction I gravitated towards crimes that weren’t... insane, I guess is the word. The crimes were more business, so to speak, drug smuggling, prostitution, extortion – the murders usually happened when all other forms of business negotiations failed. The murders in my fiction aren’t the end goal of the murderer, they’re the last resort. Also, one of my personal interests is the way people form groups, the way we prioritize all the things we are – race, class, gender, sexual orientation – to decide which groups we are most closely aligned.
So, most of the criminals in my books are part of a group, some kind of organized crime.


Then, before I had started to think of writing a book set in 1970 I was just interested in the time and the events that year in Montreal. I’m getting old and nostalic about my childhood, I guess. But while I was reading about the political events of the time – the bombings, kidnappings and murder – I discovered that there was a serial killer in Montreal at the time. A guy named Wayne Boden killed three women in Montreal in 1969-70 and then killed a fourth woman in Calgary in 1971 and was caught.
There are very few mentions in the newspapers of the time about the murders. Some articles published more recently have claimed that single women in their early twenties (like all the victims) were warned not to go out alone and that a virtual curfew existed in Montreal at the time.
My research into this aspect consisted mostly of asking my sister – who was a single woman in her early twenties living and working in downtown Montreal at the time – about it and she had never heard of a serial killer in Montreal and she certainly had no memory of being warned not to go out at night. Montreal is a party city, afterall, and certainly was in the 60s and 70s.
This didn’t exactly make the serial killer personal, but I started to get a lot more interested. One of the things that I found most interesting was that this idea that women were warned about a serial killer seemed to be something that came up later – as if in retrospect people wanted to believe that women had been warned. The way they would be today. I think.
But from what I can see the idea of a serial killer was treated quite differently then – there was certainly no talk of a special police squad being dedicated to these crimes. At the same time a terrorist group (probably less than two dozen people altogether) was exploding bombs around the city and a special police task force, The Combined Anti-Terrorist Squad, was put together.
I started to think that very likely on the police force in Montreal at the time there were probably some cops trying to catch the guy who had killed three women and was likely going to kill more. Were they getting the resources that they needed?
I interviewed some cops who were active at the time and they remembered very little about the serial killer. Mostly they remembered that it was the first time in Canada dental records were used in a conviction (the killed bit all his victims on the breast, leaving very deep cuts).
I still don’t really understand why serial killers (or vampires or zombies) have taken over so much of our fiction these days, but when I decided to write about a young cop in Montreal in 1970 I included the serial killer as well as the bombings and kidnappings.
Posted by John McFetridge at 3:00 AM