Flashback: Who I am and How I Came To Be

Russel D McLean is away for the next week. A blog post tying into the Million for a Morgue/Shortbread competition will appear here next Friday. In the meantime, here's a piece that originally appeared at Elizabeth A White's blog on the origins of Russel's need to write:

What made me a writer?

Because, seriously folks, you have to have your brain examined if you want to try doing this for a living. It’s a tough life. Your work has no intrinsic value. This thing that you for a living rises and falls on people’s opinions and moods. Technical skill counts for little if you don’t engage readers on some emotional level.

On top of all of this you have to combat the idea that what you do is easy. Anyone, they say, can string words together in a logical order. But what you’re doing is much more than that. You are trying to give those words life. You are trying to evoke a reaction in the reader, a belief in the lies that you are telling them.

To do that takes a lot of work. Sometimes more than any other job would consider necessary. As much as I joke about how the writing life appealed because it was indoor work with no heavy lifting, it comes with its own worries, especially for the occasionally insecure.

But I wouldn’t swap it for the world.

I was one of those kids who lived in his head. At primary school, my teacher would ask us to write diaries every week about what we did over the weekend. I’d lie compulsively in these. Make up stories about animals that talked or high adventure in space ships like those I saw on the TV. When my school teacher came to see me at a recent event, she expressed surprise at what I wound up writing, but none whatsoever that I was making a living from my humble scribbles.

As I grew older, the stories became more complex. I have a jotter with a half finished attempt at a Doctor Who novel* and a lot of efforts at creating comic books** that chronicle my attempts to create more fleshed out and involved stories like those I was reading.

But it wasn’t until I was maybe ten or eleven that I started to realise that writing and creating stories was more than just fun and games, that the people who wrote the books I loved were getting paid for what they did.

You see my dad also wrote. Somewhere around that time he had his work was accepted by BBC Radio 4. On multiple occasions. That was when I realised that art could equal profession. You see, it was a revelation to me that he was paid for these stories. Actual money.

My ten year old brain started working. Even then, I didn’t like the idea of a job in the real world. I started to wonder if maybe he got paid a small amount for a few stories, maybe I could make a larger amount by selling a lot of them.

But where do you begin? 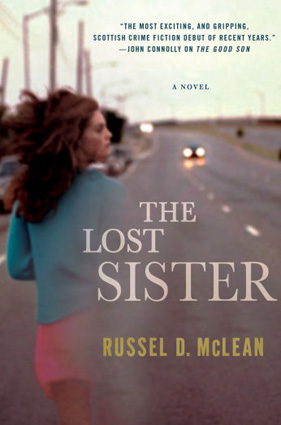 It was a couple years later when I started reading dad’s copies of WRITER’S DIGEST. The magazine changed a lot down the years but back then the advice in its pages was golden. J Michael Stracynski’s screenwriting column (he was chronicling the development of a show he’d created called “Babylon 5” – whatever happened to that show?) was invaluable to me, full of genuinely practical advice about structure and story that I think could apply equally to any storytelling format. In fact I still apply a variation of the five act TV outline to most things that I write. This often doesn’t happen until redrafts, but I find it helps to search for and identify the story’s natural breaks and rhythms to create a stronger second draft.

Nancy Kress’s fiction column taught me a lot about novel writing and prose techniques that I still use to this day.

Reading the magazine – occasionally before my dad (I’d often be home from school before he came in from work and could grab the post) – I started to work on honing my craft. I entered the WD competition yearly – never getting anywhere – and watched the careers of the columnists grow. When Babylon 5 made it to air, I felt a kind of privilege to know what had gone into the writing and creation of a show I came to love.

My first professional submission, as I have already mentioned, was to Virgin Publishing’s range of Doctor Who Tie-In novels. I chose the wrong moment to submit as the minute my manuscript crossed the transom they lost the rights to publish any more Who books. But they sent me back a beautiful rejection that I still have. One that encouraged me while making sure my head didn’t swell, assuring me that I still had a lot of work to do but maybe there was something there.

That, I suppose, was when I became hooked. That was the point of no turning back.

It would take another ten or eleven years, a lot of rejections and a lot of painful mistakes before I’d finally see print. It would take a long time to make that fateful switch in genres that would help me finally discover my voice and uncover the kind of stories that really got my blood flowing. But that letter from the kind folks at Virgin marked the point where I resolved to become what I am today.

And one who loves what he gets to do for a living.

Email ThisBlogThis!Share to TwitterShare to FacebookShare to Pinterest
Labels: elizabeth a white, flashback, Russel D McLean, Why do you write?