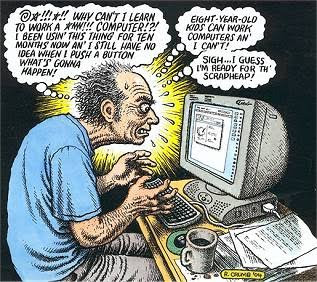 By Ray Banks
So Stringer’s buggered off to get married and celebrate another year of breathing, and as a result won’t be able to struggle up to the pulpit for a couple of weeks. Also, the bloke he was talking about last week – y’know, the human book daredevil wrestler fella – well, he got a touch of hay fever (apparently there’s too much rape in the air or something) and couldn’t make it. Anyway, thanks to those photos I have of Stringer’s half-hour spree in the marmoset enclosure at Barcelona Zoo, I managed to wangle the spot instead.
And I’ll tell you right off the bat, I had some dynamite for you. Get this, I was all set to blog about blogging (how enormously fucking meta of me), and how I’m wary of it, and how I’ve lurched from one blog platform to another – started with Blogger, went to Typepad, then Wordpress and now I’m messing with Tumblr – only to find that, despite posting stuff on a semi-regular basis, my biggest hits came from the semi-literate fuckwits wanting to know if Wrong Turn was based on a true story. And then I was all about how the Internet despises context, and how an online personal history comes in the form of sound bites wrapped up in persona, and how that relates to marketing yourself as a writer. At one point I got deep, started throwing philosophical questions into the mix, stuff that was going to blow your minds and make you come together and proclaim me your new king and shower me with candy and beer. Seriously. You would've been building shrines to me.
And then, just when I was about to get it all typed up and posted, Harvey Pekar died.
Yeah, thanks, Harv. I had ‘em showering me with candy and beer there.
Anyway, I’ve not noticed much of a reaction to Pekar’s death, other than the main news sources, and that’s a shame. If you’re not familiar with his work, I’d urge you to pick up any copy or collected trade of American Splendor that you can get your hands on. A particular favourite of mine is 1994’s Our Cancer Year – it, amongst others provided the basis for the 2003 movie American Splendor (for those of you in the , it’s on Film4 on Saturday 24th), which is certainly one of the finest, if not the finest comic book adaptations of all time.

Now Pekar isn't crime fiction. In fact, he’s barely fiction. And I have to say, that’s more important to me than any genre considerations, because Pekar was one of that rare breed: the honest voice. He eschewed fashion and told personal stories without recourse to the sex-crazed juvenilia that marred many early “comix”. Despite having no particular drawing skills to speak of, and with little in the way of early enthusiasm for the medium (thinking it “kid’s stuff”), he still believed wholeheartedly in its potential. According to Pekar, the only thing limiting comics was those who produced them, the publishers and writers and artists who insisted on pigeonholing themselves by creating books solely for kids. And he stuck to his guns throughout his thirty-plus year career, asking for nothing but a couple of bucks every now and then to keep himself and the comics going.

Now that might not mean a lot, especially in an age defined by popular culture's relentless "re-imagination" of itself as an autotuned and primary-coloured karaoke. In this climate, the concept of originality takes a back seat to that of branding, and honest, down-at-heel voices have trouble making themselves heard above the cacophony of shite. The quotidian concerns of a file clerk at the VA hospital seem too personal, not likely to hit a wide enough target audience.

This is not to say, however, that all the original voices have gone with Pekar's passing. If anything, the Internet has given further opportunity for these voices to be heard. So instead of me whinging on about the same old rubbish, how's about we take the opportunity to really recommend those voices that have meant something to us over the years, the ones with an honesty that might not always make them easy to take, but which make them even less easy to forget.
Let's hear it. The comments are open.
Posted by Ray Banks at 3:00 AM

Nice guest post, Ray. Thanks for stepping in for Jay.

I'm surprised Harvey's death didn't get more notice, even in the comic industry which he despised at times and to which he revealed so much of himself. It was little more than a footnote on most of the industry sites. He's dead, a few comments of condolences. That's it. Over. Done.

When I first poked my toe into the creative world of comics, indie comics, everyone was doing a slice of life comic or something semi-autobiographical. (everyone being really outweighed by the wannabe fights-in-tights crowd) Even though I was never brave enough to lift that layer of skin and reveal myself, I was drawn to those stories. Stories that never existed before Pekar.

It might not have been crime fiction, and as you said very loosely fiction at all, sometimes reality for all it's horrors and depravity and peculiarities can be far more interesting.

You can fill Jay's shoes anytime, Ray. Thanks and hope to see you back again.

Thanks Ray, good stuff. Too bad about the candy and beer, maybe next time.

I've been trying to fight my natural pessimism and defeatist attitude but watching the internat transform overnight from an exciting new communication tool into yet another marketing machine for the big boys has made that tough.

As always, irony is everywhee, and I blame the "pirates" for working so hard to "free" the information - and by information we mean the Hollywood movies, classic rock and yesteryear's bestsellers that now dominate the web instead of the "indie" stuff we had quick glimpse of a few years back for a moment.

It turns out we may not really like indie stuff afterall. But some voices are still there. I watched Eight Men Out the other day and I'd have to nominate John Sayles as the lone filmmaker not desperate to work in Hollywood, a guy who's voice has meant something, as you say, and whose honesty has not always been easy to take.

Nice to see Helen Mirren sporting a Pekar shirt at Comic-Con this year. And swearing a lot. But that's Mirren.

John Sayles is an excellent choice, too. LONE STAR is a great, great movie.