All the Feels or All the Logic?

Why do you consume a story?

I use the word ‘consume’ because you could watch a movie or TV show, read a book, or listen to an audiobook or podcast.

My wife watches quite a bit of the true crime shows on TV and various streaming services. She likes to learn the intricate details of how the investigators discovered the culprit and, in most cases, land the perp in jail. She’s way more logical than I am and these shows give her a sense of order and justice. That drive for order is a large reason why she and I both enjoy BBC TV shows and other crime and mystery programs as well as books and movies.

But when it comes to established stories that have more than a twinge of nostalgia, I really enjoy the feels. How does the story make me feel?

I ran across this twice this week. The smaller version is my re-watch of the 1996 Mission: Impossible movie. My twenty-year-old son hadn’t seen it so we all watched it together. The way the movie is constructed—with its descriptions of how they’re going to break into various places and the spy stuff—is something I really dig. In fact, I found myself grinning like a goofball throughout the entire movie. Well, except for the vault sequence. Watching it again, I was in rapt silence.

By the end, I was buoyed by the story and ready to, I don’t know, hang by a wire from the ceiling. The story works, but the feels are fantastic.

The same is true for the Obi-Wan Kenobi finale this week. And spoilers are coming.

I’ve said it before but I think my favorite time of being a Star Wars fan is that initial era from 1977-1980. In those years, the galaxy was wide open and not some family drama. And I associate that feeling most with the first half of Star Wars, while the action centered on Tatooine. As such, I really enjoyed the Obi-Wan show.

From a logical point of view, the writers delicately threaded  this series through established canon and I think they did a great job. It’s a testament to how much I enjoyed the show that even though I knew who lived, I found myself constantly on the edge of my seat. Will young Leia survive? Will Obi-Wan be killed by Vader?

But the finale proved to be one of my favorite Star Wars things. We got an epic lightsaber battle between Obi-Wan and Vader, complete with Hayden Christensen looking out from a seared-open Vader mask. We go a neat and tidy button on Obi-Wan’s infamous phrase to Luke: Vader betrayed and murdered your father.

And we got some fantastic character moments, a feat especially impressive considering the action. In fact, it was the character beats in the final ten minutes that really struck me and brought the tears. Oh, and the inclusion of Princess Leia’s theme from Star Wars? Icing on the cake. That piece of music ranks as one of my all-time favorite themes in the entire franchise and it was used so well.

That last shot? [won’t spoil this one] Perfection.

So, with Obi-Wan, in my mind, I got the logic of the storytelling but I also got the feels. That’s what often sends a story over the top for me. It’s why I enjoyed Jurassic World: Dominion so much. It’s why I dig La La Land, Toy Story 3, any random episode of New Amsterdam, and John Scalzi’s book, Redshirts.

I want the feels, and any story that delivers is a winner in my book.

How about you? Do you want the feels or is logic more your speed?

P.S. I wrote this piece late afternoon on Friday. Last night, I watched the new Baz Luhrmann "Elvis" movie. Add one more to the feels list. Except this one was tragic. My wife and I just sat there for a few minutes while the main credits rolled. I had teared up at the end. So we just sat and listened and thought about the creative spirit of Elvis Presley.

I don't know about you, but when I take in a story in which a creative person is tamped down or abused or taken advantage of, I feel my own creative spirit wanting to burst out and soar.

P.P.S. Since I watch every new episode of Star Trek: Strange New Worlds on Saturday morning while enjoying my weekly do-nuts, I only saw the latest episode, The Elysian Kingdom, less than an hour ago. Adding this one to the Feels List. Oh my, did the feels wash over me.

This week, the light is just right for Beau to get a good look at some stories from William R. Soldan.

Rust Belt, USA, where steel is dead, hope is scarce, and hardship is a way of life. Miles Junction is but one of many Northeastern Ohio towns long forgotten and left behind, its residents living on the cusp of financial, emotional, even spiritual destitution. An old trapper becomes the scapegoat for a boy's brutal murder. An out-of-work diesel mechanic resorts to crime in order to provide for his wife and son. A teenage girl braves a brutal winter storm to protect a tragic secret. A recovering drug addict wrestles with temptation and bears the weight of an uncertain future. These and the other working-class characters that populate this collection know struggle intimately and understand that desperate times often call for desperate measures. Their lives are linked by a ruined yet starkly beautiful post-industrial landscape--a desolate vestige of our fractured American dream. Taking place during the last few decades of the twentieth century and those following the new millennium, In Just the Right Light is a glimpse at one region's bleak inheritance and the precarious lives of those who remain to rummage through the fallout of its past. Get yours
Posted by Steve Weddle at 2:00 AM No comments:

This isn't a review, because I'm still reading the book, but I wanted to give my space this week to shout about how goddamn great Kellye Garrett's Like A Sister is.

If you don't know, here's the cover copy:

I found out my sister was back in New York from Instagram. I found out she’d died from the New York Daily News.”

When the body of disgraced reality TV star Desiree Pierce is found on a playground in the Bronx the morning after her 25th birthday party, the police and the media are quick to declare her death an overdose. It’s a tragedy, certainly, but not a crime.

But Desiree’s half-sister Lena Scott knows that can’t be the case. A graduate student at Columbia, Lena has spent the past decade forging her own path far from the spotlight, but some facts about Desiree just couldn’t have changed since their childhood. And Desiree would never travel above 125th Street. So why is no one listening to her?

Despite the bitter truth that the two haven’t spoken in two years, torn apart by Desiree’s partying and by their father, Mel, a wealthy and influential hip-hop mogul, Lena becomes determined to find justice for her sister, even if it means untangling her family’s darkest secrets—or ending up dead herself.

If you know what I write, or what I frequently post about reading, this might seem like a bit of a departure from my usual comforts, and, to be honest, I can see how you'd make that assumption. The prose is light, the chapters structured like scenes between commercial breaks, and the book doesn't go for the full-bore darkness I usually gravitate towards. At least, it seems that way. But if you thought that, you'd be wrong. 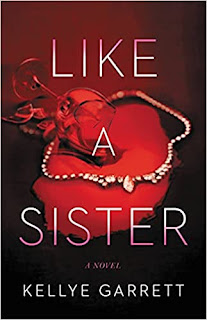 I'm not here to say that this is a secretly super gritty book, but rather to say it is a shockingly human book.

Giving too much away would be a spoiler, and no one wants that, but I'd like to illustrate something.

From the first sentence of Like a Sister, we know that Lena's sister, Desiree is dead. By the end of the second paragraph, we know exactly the kind of woman Desiree was.

Or, we think we do, anyway.

But then, within the first ten pages, Garrett starts dropping in these little subchapters -  descriptions of Desiree's Instagram feed, presented in a present tense, with clinical prose that feels both bare and also menacing because of it's bareness - and we see Desiree, already dead, alive through these sections. We see her through our eyes, through her eyes, and through Lena's eyes.

Like a Sister takes a murder victim and gives them space in the narrative for us to see them as a person. No longer is this a body. A macguffin. A headline in a paper. It's a life, captured and preserved in what is somehow one of the most joyous and also insidious applications all our phones have. It's a life we know is going to end soon. Violently. And though we know the outcome of that life, that we get to glimpse the aching humanity behind it?

Holy shit, the dread that comes from those scenes.

I'm about halfway through the book right now, and loving it. If you think this sounds good, I can't recommend it enough. And if you still think it's not up your alley? I'd ask you to reconsider.

Today of course is the day of the summer solstice, and since I saw it recently, this seems as good a day as any to give a shout-out to the 2020 documentary WOODLANDS DARK AND DAYS BEWITCHED: A HISTORY OF FOLK HORROR, written, produced, and directed by Kier-La Janisse. It's a fascinating doc on the history of cinematic folk horror, with loads of clips and interviews, and if you haven't seen it and like this sort of thing, I couldn't recommend it enough.

Posted by scott adlerberg at 8:04 AM No comments: 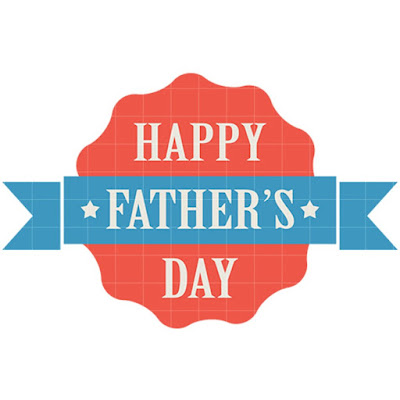 Posted by Claire Booth at 10:04 AM No comments: