Scott's Note:  Voter suppression remains an issue of great concern in this country, so fiction on the topic is always welcome.  The Low Down Dirty Vote, Volume 3 anthology is now out with 22 stories of mystery and suspense that address the issue and that explore the question of what democracy looks like, and contributor James McCrone, who also contributed a story to Low Down Dirty Vote, Volume 2, is here as a guest blogger to tell us about it.

We've been here before.

When I settled on the title for my story, “Nostalgia,” my contribution to the Low Down Dirty Vote, Volume 3 anthology, I would hear Gil Scott Heron’s gorgeous, resonant voice from “B Movie,” booming in my head, telling me like it is. Eloquently calling into question Ronald Reagan’s so-called “mandate” in 1980, he notes ironically that “what this country wants now is nostalgia...not to face now or tomorrow, but to face backward—to a time when we gave ‘em hell, when the buck stopped somewhere and you could still buy something with it! To a time when movies was in black-and-white, and so was everything else...”

Low Down Dirty Vote, Volume 3: The Color of My Vote arrived this month, with 22 stories that explore the unsettling reality of life at a global inflection point. It drew award-winning writers and writers who are being published for the first time from a variety of backgrounds and life experiences from around the globe. The anthology will donate $10,000 to Democracy Docket, which is “dedicated to providing information, opinion and analysis about voting rights and more.”

And it couldn’t be more timely. 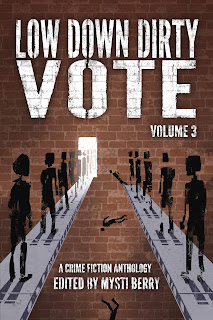 But we have been here before, and as Gil Scott Heron points out, nostalgia for the supposed good old days elides the very real ugliness of the past. And many of the stories contained in LDDV-3 address that history. My contribution to LDDV-3, “Nostalgia,” began as mob history seen through the present-day, jaundiced eyes of my young narrator, a petty thief; and the kernel from which the story grew was our national dysfunction—well, one of them—the strange, lingering belief that things were somehow better, fairer, more just in some bygone era.

Living where I do, in South Philadelphia, I’ve actually overheard conversations about how things were better ordered, or made more sense when Wise Guys ruled the roost. And I’ve thought, “Wait...what?” The narrator of the story is both taken in and repulsed by these people trying to relive the past—“like they were all living together in some movie where the world still made sense.” And still falls victim to his own brand of myopic nostalgia. Until he doesn’t.

As I worked on the piece I began to see the wannabe-mobsters in the story as not merely contemptible, but dangerous. It struck me that the root of reactionary efforts to suppress and disenfranchise voters might issue from a similar misbegotten longing for a time that never really existed, like those conversations I’d overheard. 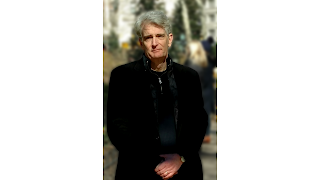 As the story came together, I found that I liked that something more-or-less benign, like nostalgia, could be a malignant, negative force. And with the thumping backbeat of Scott Heron’s “B Movie” pumping in my head I found myself pulling Docherty, by William McIlvanney, down from my shelf, chasing a quote I dimly remembered. Early in the book, the character Miss Gilfillan, unable to sleep, takes “a dose of nostalgia like a drug…”

And I had what I needed to complete the story. Nostalgia as drug was more apt than I knew at the time. In “Nostalgia,” a reactionary group takes over the drug trade to finance its attack on the government, an American Taliban. Wannabe mobsters, dirty cops, and a petty thief trying to make his way—each character lies to himself about the way things once were, and about what lies behind the things they do now.

For Low Down Dirty Vote, Volume. 3:

James McCrone is the author of the Faithless Elector series novels—Faithless Elector, Dark Network, and Emergency Powers—“taut” and “gripping” political thrillers about a stolen presidency. His work has appeared in Rock and a Hard Place; Retreats from Oblivion: The Journal of NoirCon. His next novel, currently under review, is Bastard Verdict, a political thriller set in Scotland. He’s currently at work on a thriller set in Oregon’s wine country, a (pinot) Noir tale of corruption and murder.

He’s a member of MWA, Int’l Assoc. of Crime Writers, ITW, Philadelphia Dramatists’ Center and he’s the vice-president of the Delaware Valley Sisters in Crime chapter. James has an MFA from the University of Washington in Seattle. A Pacific Northwest native (mostly), he lives in South Philadelphia with his wife and three children.

You can learn more at http://jamesmccrone.com.

I've heard people say something similar about Las Vegas, about how it ran better when the mob ruled. I came of age there and from my perspective, it was not better for anyone except the mob...certainly not for women or people of color.