I mentioned in a recent Facebook post that I'm revising an old story I wrote.  It's something I wrote over 30 years ago and have long wanted to come back to.  As I said in the post, the main thing I'm encountering in reworking the story is the overuse of particular words and phrases.  Most of these words and phrases, over time, I've come to recognize as the ones I use over and over in thing after thing I write, and now I look out for them while writing.  I'm proactive, you could say, in avoiding them.  But since this story I'm reworking is from so long ago, I'm looking at something I did then with what you might call less writerly self-awareness than I have now. People always seem to "start" and "begin" to do something -- like "start" or "begin" to get up from a chair instead of just getting up from the chair.  There are myriad examples of these repetitions, and I'm sure most writers are familiar with them and have their own way of dealing with them, carving them out of their stories. 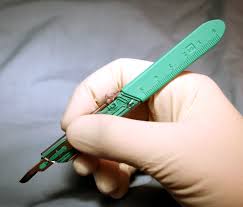 This story I'm revising is a horror story set a bit in the past, something of a ghost story in the classic fashion about the terrible end that comes to those who read a mysterious, haunted book of uncertain provenance.  I wouldn't call it a pastiche, but it does have a slightly retro feel.  Besides the search and destroy/change word missions I've been on, I've been revamping the language so that it sounds less self-consciously retro and more compact.  That has been fun, and I think the story improves for it. The basic plot and how it unfolds over 8,000 or so words is strong, I think, and it's the main reason I've wanted to go back to the story for all these years.  Try to make this story the best it can be, has been the goal, and for all this time I've had a nagging feeling that with a few weeks' worth of revision I could do that.

I haven't been mortified to re-read this story, I have to say.  Little has made me cringe, long ago as I wrote it.  But the main difference, I've found, between my approaches then and now is that I must have trusted readers a lot less then.  The story moves well enough, but the older version has an overabundance of adjectives. In several parts, there's a tad too much descriptive detail.  So it's mainly been a process of cutting the attempts at stylish wrapping and making things leaner.  Describe just enough for the reader to fill in the rest of the picture.  Trust the reader. Let the reader use their imagination.   I can see from looking at this 30-plus-year-old story that I didn't do that much then; it's as if I felt I had to spell out nearly everything for the reader for fear the reader wouldn't see the scenes clearly.  It's taken time, I suppose, to understand the idea that you do have to trust the reader, and to this day I'm always working on scaling back, scaling back, scaling back.

Well, I'm almost done with the revisions and I'm glad I decided to do them.  It's been a worthwhile project, kind of the equivalent of psychiatric self-analysis, writing style.  And I haven't even charged myself anything for the treatment!

Posted by scott adlerberg at 8:32 AM