President Joe Biden nominated Judge Ketanji Brown Jackson to serve on the Supreme Court of the United States. If confirmed, Judge Jackson will be the first Black woman to sit on the highest court in the land. Long overdue, this day of confirmation hearings has been years in the making. 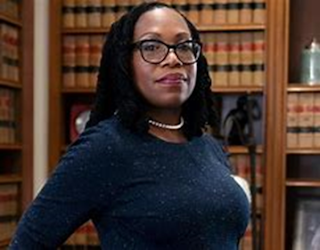 Judge Jackson has faced Senate confirmation hearings before, and she's been approved to her previous positions on a bipartisan basis. Still, there are those who strive to diminish Judge Jackson’s nomination as affirmative action or discrimination against white people. Those who dismiss her experience, reputation and education as political posturing are losing sight of her iron-clad credentials.

She graduated from Harvard University Law school with honors and worked as the supervising editor of the Harvard Law Review. Judge Jackson served as a law clerk for a U.S. district judge, for a U.S. circuit court of appeals judge, and for outgoing Supreme Court Justice Stephen Breyer, whose retirement affords her this opportunity.

Judge Jackson served as an assistant special counsel and later vice-chair of the U.S. Sentencing Commission. Jackson has served on the D.C. Circuit appeals court, the nation’s highest-profile appeals court and she won Senate confirmation with support from every Democrat and three Republicans. And unlike all other Supreme Court justices, she also worked as a federal public defender. Judge Jackson has received support from the Fraternal Order of Police, the International Association of Chiefs of Police, The National Council of Jewish Women and more.

Ketanji Jackson is obviously qualified, and she would be a necessary and valuable addition to the Supreme Court. However, once she is confirmed we must recognize that the fight for equality is not over and act accordingly. There is a dramatic absence of women of color in legislative roles in our country. Wherever there are issues of health care, job opportunities, voting rights, education and more, women of color need to be at the table and making decisions.
Posted by Steve Weddle at 1:54 PM