Do you have a writer’s haven? (Plus the math of the business)

I’m an optimist by nature and nurture so I always see the bright side of things. The glass is half full kinda guy. But there’s a lot of sucky stuff going on right now in the world. I see it on my Facebook and Twitter feeds. I read about it on the internet. It dominates the nightly news and the late talk shows. It rears its head at the dinner table and on phone conversations with family and friends. It is everywhere.

Except when I write.

When it’s just me, the keyboard, and my imagination, the world is a thousand miles away. I don’t let anything interfere with my writing time. I keep the world out.

Now, the “when” plays a huge role. I’m a 5am Writer, at least on the weekdays. Weekends involve some sleeping in, but I’m still a morning writer. Fundamental to my writing schedule is a simple directive: don’t let the outside world in—in any capacity—until after I’ve done my writing. The only thing open is my imagination. There will be time enough for all the other stuff later in the day.

On most mornings, I have about an hour where I do nothing but write. That’s 60 minutes. However many minutes you have, be sure to make them count.

Speaking of count, here’s the math part of the post.

This week on Twitter [Sounds like a segment on the local news, huh?], I replied to a question” What do you say to the writer who says “I don’t have time to write.”

My answer is simple: Do you have a spare 15 minutes in a day?

And keep the world at bay.

Grab the new issue and you can thank Beau later. 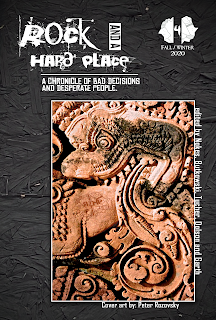 Tell yourself dancing is dancing and just do it.

Sometimes the only thing you get to choose in this life is how you check out.

Rock And A Hard Place is back with Issue Four, the downest and dirtiest chronicle of bad decisions and desperate people yet. Fiction, essays, poetry, and photo essays

Posted by Steve Weddle at 9:15 AM No comments: 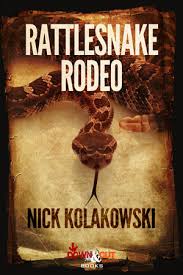 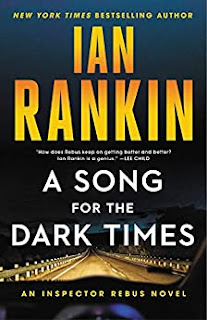