As I mentioned on social media recently, I've been listening to the podcast Trickster, about the life and writings of Carlos Castaneda. I read some Castaneda many years ago and loved the books; there are things in those books, thoughts, ideas, that I've never forgotten and actually reflect on to this day. That's nearly forty years after reading the books.

When I read Journey to Ixtlan and Tales of Power and so on, back in the mid-eighties, I was unaware of the entire controversy over whether his books were legitimate anthropology or, at least for the most part, fiction.  But even being unaware of this debate, you had to wonder whether what Castaneda had written was primarily true.  Or wait...I should use a different word than true...let's say factual. 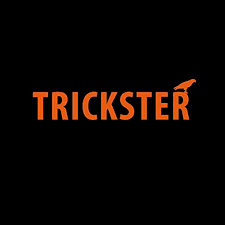 I remember some time a bit later having a discussion about this with an acquaintance who was a fellow Castaneda reader, and by then, I'd read up on how most in academia apparently, anthropologists and others, now considered Castaneda a hoaxster. They held this view based on a variety of things about his work and so-called "field work"; they insisted he'd essentially fabricated his sagas about the sorcerer Don Juan Matus. Reading the critiques, I could understand why they dismissed Castaneda's work as factually "inauthentic". Given all the evidence, that's accurate to say.  But to describe him as simply a "con man" seemed reductive and also, my acquaintance and I agreed, missed the point. If you read the books, aside from the lively and descriptive and gripping writing, aside from the humor, aside from the adventure -- aside from all that and more -- you get immersed in the great storytelling which carries within it a wealth of perhaps not profound but certainly fascinating ideas.  Ideas presented in stories within stories within stories that, I found, are extremely entertaining to read.  When you've read something 37 years ago, as I have with him, and a decent amount of it remains in your mind as vivid and funny and fruitful still to think about, that's some damn good writing, and whether it's "fiction" or legitimate anthropology, doesn't matter.  I can understand why anthropologists and academics got pissed at Castaneda. That makes total sense.  If people in an academic field that's supposed to demand some scientific rigor make up a lot of what they write, that's a problem.  And a big one.  But if what's in the actual writing has truth in it, not literal truth perhaps but a more metaphorical truth if you will, who cares?  Bad anthropology, or non-anthropology, but writing that succeeds beyond the confines of whether it's factually authentic.

It all reminds me of similar discussions on this whole truth versus facts question (remember, we're talking art here, not politics), that I've heard elsewhere.  Indeed, listening to Trickster made me think of some things Werner Herzog has said on the subject, and so why not wrap up here today with the ultimate soldier of cinema himself:

Posted by scott adlerberg at 8:11 AM