When the System Bares Its Teeth: The Roots of My Novel, Neighborhood of Dead Ends

Scott's note: Stanton McCaffery joins us today.  Stanton is also known as Roger Nokes (his real name, McCaffrey being the pen name), and when not working at his full-time job or living his daily life with his family, he helps edit the noir magazine, Rock and a Hard Place. He is, as a matter of fact, a founder of the magazine, a publication focusing on stories of struggle and the powerless, the marginalized people on the edges of society. In line with these preoccupations is his new novel, his second overall, Neighborhood of Dead Ends.

But that's it for me; I'll let Stanton take it from here.

When the System Bares Its Teeth: The Roots of My Novel, Neighborhood of Dead Ends

What happens when you try to change things?

What happens when you fight back -- not against a person, but against an idea, an institution, or a system?

Either we applaud activists once their struggles are won and their cause vindicated, or we write them off as fringe outliers, crackpots and lunatics, or we protect the status quo of the system and fight to get the activists to shut up. Rarely, other than in retrospect, do we recognize the personal toll that fighting for change can take on a person’s life.

I first drafted my new novel, Neighborhood of Dead Ends, roughly six years ago while in a dark state of mind on multiple fronts. Many of the themes were borne from my own experiences. 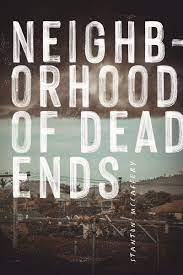 I began my life as an activist while in high school, spending Friday nights and weekends preparing and serving meals with Food Not Bombs. This long standing leftist institution highlights the links between capitalism and hunger by distributing food that would have otherwise gone to waste.

I soon turned to animal rights, focusing in particular on a notorious vivisection laboratory in Central New Jersey, Huntingdon Life Sciences. The campaign to close that laboratory had militant elements, many of which make me cringe after 20 years. However, what scared me most were the consequences sought, and in many cases, won by then federal prosecutor Chris Christie against the leading activists, one of whom was sentenced to ten years in prison under the Animal Enterprise Terrorism Act. (To learn more, watch the documentary Animal People available on Netflix).

While the federal government was tightening its grip on animal rights activists, some of whom were my close personal friends, my own life was changing significantly. At the age of 19, I became a father. Right before my son was born, my emails had been subpoenaed by the FBI. Though nothing came of federal agents pouring through my personal communications – despite a friend giving my name to the FBI in a desperate attempt to have his own charges dropped – I was terrified enough to cool it with any sort of activism for about 15 years.

And 15 years later brings you to the 2016 election. The Sunday after the Trump win, we had a conversation at my church about reconciliation in the context of the recent election. Many of the congregants of my liberal church were visibly upset. One man, attempting to soothe everyone, said, in what I thought was a condescending tone, “If you don’t like the way things are, then you can get involved and change them.”

I sat with my arms crossed and thought, “Like it’s that easy.”

My activist past and cynicism formed my state of mind while drafting the novel. Neighborhood of Dead Ends isn’t about animal rights activism or presidential politics. It’s about a woman fighting her township to keep her home.

This was familiar territory for my family. My wife and I struggled for a long time to stay above water financially, as plenty of young parents do. With the extraordinary help of my parents, we were able to buy a small home in a sleepy neighborhood on a dead-end street. As the years went by and the 2008 financial crisis took its toll on our neighborhood, our house was soon surrounded by vacant homes. What was once sleepy started to become a little creepy. Directly next door was a boarded-up house spray-painted on the inside with white supremacist slogans and swastikas.

I recall one of my snootier acquaintances saying, after a murder occurred up the road, “Why don’t you just move?”

Not only did we not move, but we worked hard to keep the house. I struggled to pay the bills driving ambulances and school buses and working for low-paying non-profits. Again, if not for my parents, we would have lost the house. 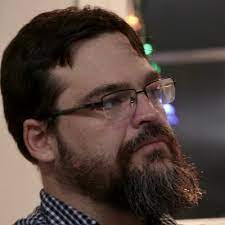 I often think about people that don’t get help like I did. We know what happens to them. Things get worse. It takes 20 years without a single thing going wrong for someone in the U.S. to get out of poverty. How many people do you know who have gone 20 years without a problem or financial worry?

Parenting is not an exact science, and everyone makes mistakes. Some of those mistakes have horrible consequences, even if they don’t necessarily come from horrible intentions. If you make a mistake that costs the life of your child, does that make you a bad parent?

I don’t think it does, and I think intention matters. I think people try and people are flawed, and people fuck up, sometimes spectacularly, sometimes tragically, and sometimes they spend the rest of their lives with guilt and remorse eating away at all the good parts.

Neighborhood of Dead Ends is the result of me trying to make sense of all of this in my own head. It’s about people who love their children and do the best they can in a world that doesn’t care, about them or their kids. It’s about fighting a system that wants to crush them. It's about the status quo that wants us to go to work, and shut up, and never strive for better. Because if you forget your place, if you push back, you have to be ready to pay the price.

You can pick up Neighborhood of Dead Ends right here.