Loose Thoughts on The Shining and Pet Sematary

I type this as I watch the director's cut of Doctor Sleep. I've never seen the theatrical cut, so I have no previous version to compare it to. But the film is wrapping itself around some thoughts I've had for a while.

Based on the novel of the same name, it acts as both an adaptation of the book, and a sequel to the film version of The Shining. No mean feat, considering the Stanley Kubrick film diverted so far from the novel that Stephen King disowned it.

I have my own complicated relationship to The Shining. I've long been drawn to stories of addiction, or seem to end up loving works by people who've struggled with it, including my great touchstones of the Replacements, Elmore Leonard, and Tom Waits. In High Fidelity we are asked the question, "did I listen to pop music because I was miserable, or am I miserable because I listen to pop music?" And so King's book, and Kubrick's adaptation, are both things I've circled back to and tried to engage with.

But I always fail.

I'm going to say something mean about a master here. Forgive me, I'll make up for it soon. (And hell, what's my opinion mean, in relation to him getting out of bed?) I find The Shining hammy. Silly. The moves are obvious. The subtext is text. It's just all a bit cartoony for my tastes. I'm in no place -as nobody else is, either- to judge how King battled his own demons, and he's been very vocal about the dark places he went to. But the book feels too shallow for my tastes, someone not yet really engaging with the problem.

But -and here's where I start to make up for it- I think King told exactly the same story later, in a much better form. In one of the best forms ever set to page. 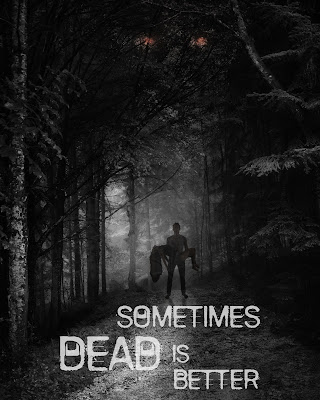 Pet Sematary is a dark book. Nothing, not even hope, makes it out alive. I think it's possibly the best horror novel ever written, and a perfect distillation of the darkest moments of addiction. But more than that, I also read it as a reboot of The Shining. The Overlook Hotel was the practice ground, Danny's bike the training wheels. When King circled back and tackled the dark soil beyond the deadfall, he really told the truth. The sugar coating was ripped away.

Both stories have main characters who are lying to themselves, their darker impulses spurred on by a pull to a literal bad place, a place that feeds on your mistakes, your fears, and your death. Jack Torrance is very much an alcoholic in The Shining, it's the text, the surface level that we're presented with on every page. Louis Creed doesn't have any great battle with the bottle. His darker self pulls at him from a different direction. And the lies he tells himself are masked in good intentions. He knows he's lying, when he promises not to take that little bundle to that place, and we know he's lying, and the dread comes in waiting for the truth to hit. He just keeps 'drinking.'

Both books have a child who seems to have some form of second sight, some insight into the darker things, with Danny's shine and Ellie sensing the harm that comes to Church, and the harm about to befall Louis, Jud and Rachel. Both stories have someone racing to try and stop the inevitable - Halloran's race against the weather in The Shining and Rachel's race across country in Pet Sematary- being held back by the dark force throwing obstacles in their way.

The most terrifying element of Pet Sematary is the way everyone is taken down when things fall apart. From the enabler, Jud, who realises too late that his own good intentions have have helped create a monster, to a family who are ripped apart. There's more hope to The Shining. The hotel burns. Three people make it out alive, and only the addict himself dies. King would return to that world later, of course, in Doctor Sleep, to play around with the legacy and trauma of Jack's fall, but in the book itself there is hope if you want to find it. You can choose to believe the cycle ends. Danny's powers -and his connection to Halloran- help him to survive. Pet Sematary gives you no such room. In fact, it takes a step back at the end, switching perspective to an outsider, a witness to everything that's happening, who almost feels himself pulled into the tragedy simply by being present. In the epilogue we see the cycle continues. The questions remain unanswered. And Ellie's own second sight contributes to the downfall, spurring her mother to head home to stop whatever is happening.

Do we want hope? Of course we do. I lean towards thinking that's what art is. Moments of hope. Moments of connection. Moments of meaning. But every now and then, we stop to observe a simple truth. And we have to be honest with ourselves -just as the addictive voice tries to lie- about how far down you can fall. The simple, stripped-back, honesty of Pet Sematary is what makes it so chilling. It's also what elevates it, for my money, above The Shining.