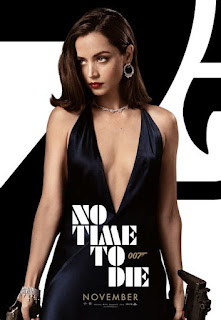 Now, with a couple of weeks to digest the latest movie - I didn't need it, my thoughts formed in real time during the film and haven't changed- I've been mulling over the state of play with James Bond.

Here be the thing.

There's a big mistake, in my opinion, at the heart of much modern Bond.

Now, first of all, let's get the obvious baggage out of the way. Bond is a fantasy figure. And not, on balance, a particularly healthy one. He represents the schoolboy fantasies of Ian Fleming, and his defence of the realm -leading to every speech by every Bond movie villain about Bond defending a fading empire- was already a wistful notion in the 1950's. Bond was formed in the same post-war myth-making period that has led to so much of Britain's modern identity problems, the self-defeating nature of repeatedly voting for people who promise to return us to a country that never existed.

But with that revisionist take on revisionist history in mind...I'm going to argue that Bond is stuck in a very specific brand of revisionism.

The 1980's looms large in pop culture. It seems every other Netflix horror movie or series evokes the decade. That in itself isn't unusual. When I was teenager in the 90's, there was a pop culture bubble of embracing much of the 60's. We're always consuming media that lifts the look and feel of thirty years previous, without really understanding what the time period was about. We live in pastiche.

But more than that, I think much of our current action and adventure pop culture is stuck in 80's revisionism. That decade was the time of Frank Miller's Batman. The caped crusader had been a largely different character in each of the preceding decades, always reflecting the times. In the 80's, this became about being "gritty" and "adult" and "analysing the character." You'd have to be a pretty fucked up individual to dress like a bat and beat people up, and so Bruce Wayne has to be dark and tortured and broken. Never mind that people become orphans all the time, and that dressing like a Bat has never emerged as a human response to grief, we have to keep pretending that this formational event someone turned Bruce Wayne into the darkest, grittiest, and most fearsome motherfucker in Gotham. Each new film adaptation lays it's hat on the peg of being the one to "make Batman real" and "take him back to his roots" and "do something new" when doing slightly rearranged versions of the same 1980's thing.

The same has happened with Bond. After the cool sexism (hey, remember him raping Passing Galore?) of Connery, the complete racism of OHMSS (That banana scene? good grief. Where are all those think pieces?) and the buffoonery of Moore, the 80's was a time to make Bond real. We had to go back to Fleming's original, and make the character reckon with his sexism, his imperialism, his alcoholism. Dalton's Bond was fairly straight-up, Brosnan's Bond was an ironic remix, and Craig's Bond has been a fantasy figure of a broken, alcoholic, tortured man.

But there be the thing (part two).

Fleming was all of the things we take Bond to be. All of those flaws. All of those weaknesses. But he wasn't writing Bond to be those things. The Bond of Fleming's imagination was an honourable schoolboy. A flawed-but-decent human being who was self aware about being in a job that required him to do indecent things.

We can see two different takes on this in the Bond of modern literature. Jeffrey Deaver's Carte Blanche was a modern reboot, and seemed aware that the trick was to update Bond as a flawed-but-decent schoolboy fantasy. Here the super spy did super spy things, but was good to women, had unrequited feelings for someone, and thought through the darker deeds he was forced to do. Ultimately, it was a fun and modern story about a reasonably modern fun fantasy figure. And Bond purists complained. On the other hand, we have a series of books from Anthony Horowitz that place Bond back in Fleming's world, taking place during the 50's and 60's, and Bond purists love these books.

Do I argue we need to ignore the problematic elements of Bond? Not at all. I'm not entirely sure why a person of colour would want the role of one of pop cultures creates imperialists. And we need to be open to accepting -as I didn't earlier- the deeply problematic misogyny encoded into the previous films and books. But there are so many ways to tell a story that admits to the past, and too problems, while still having fun with fantasy figures.

Let's take a look at Steve Rodgers. Steve is an honourable schoolboy fantasy figure. Perhaps because of his 'canonical' story - ever since Stan Lee thawed him out of the ice he's been a Boy Scout out of time- Steve gets to be portrayed as a very different, very earnest, fantasy figure. As the figure who can hold up a mirror to whatever decade he is in, and show how much b better things can be if we show empathy, decency, and stand up for the right people. Steve's great comic books counterpart, Clark Kent, has become bogged down in the same 80s revisionism as Bond and Batman. Clark can't just be a decent guy who tries to do right by people, he has to be moody and tortured.

There were moments in No Time To Die where we got to see a more fun modern Bond. Mostly the sequence in Cuba, when he worked with Paloma without the need to force it into either a flirtation or a hey-isn't-Bond-a-dinosaur act of revisionism, and Craig's Bond was simply a fantasy figure professional who trusted another professional and then congratulated her on doing a good job. I don't think it's a coincidence that Paloma came out of that film as one of many people's favourite parts. She was elevated by being in a scene that got it right. It was in the quiet matter-of-fact way Q was allowed to reference a boyfriend without the story needing to stop or draw any attention to it.

Letting Steve Rogers be Steve Rogers has never meant shirking any responsibility about showing real-life problems. But we did get to have some fun, some laughs, and some excitement along the way, and his last scenes meant so much more because of it. Watching Craig's closing scenes as Bond, I couldn't shake the feeling of heaviness, of leaden self-hatred that Bond seems to have to carry now.

And let's dispense with the idea that Craig's Bond is realistic. He's equally a fantasy figure. Just a very weird, fragile, broken fantasy figure. Someone who can do all of the things that the other fantasy figures can do, while taking pain and angst and trauma to superhuman levels. I don't see much that's relatable or human in his take, past the one-two of Casino Royale and Quantum off Solace. So if he's a fantasy figure, let's be honest about it, and then ask ourselves what exactly this fantasy says about us?

On the other hand, I'm sure we could relate to someone who is trying to do right, and tries to treat people right, but has to try and figure out how to do that in a job that forces him to constantly compromise and make bad decisions. Just...dialled up a bit and including explosions and car chases.

If Bond is to have anything fun, fresh, or interesting to say about real modern life, then maybe it's time too do it while entertaining us with a modern take on Fleming's honourable schoolboy, not yet another re-examination of Ian Fleming's own flaws. And maybe, just maybe, it's time to have a Bruce Wayne who felt the ultimate moment of loneliness and fear at 8 years of age, and committed himself to saving other children from feeling the same way. Maybe it's time to let Clark Kent be Clark Kent. 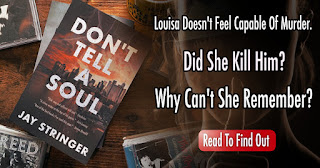 Hey, remember, this book is out.