A Cloak and Dagger Day

Yesterday was a day that had a cloak and dagger theme for me.

It began with me reading the news story about the married couple, suburbanites named Jonathan and Diane Toebbe, who the FBI arrested for trying to sell tightly guarded submarine propulsion secrets to a foreign government.  It's not yet clear what country they were trying to sell these nuclear secrets to, or what their motivation was, but that they were engaged in spycraft is certain.  The couple have kids and pets and no apparent financial worries. She was a history and English teacher at a progressive private school in Annapolis, he a nuclear engineer with the Navy.  Two well-educated people, and yet for all their brains, their spycraft was terrible.  It seems as though the country they were trying to sell secrets to is one friendly to the US; that country alerted US officials to the overtures from the couple, and after that, the FBI got involved and had no trouble tracking the couple and luring them into actions that led to their capture. On one occasion, in touch with the would-be spymasters, the FBI persuaded the couple to leave sub information at a dead drop in exchange for cryptocurrency payments.  At the drop site in West Virginia, the small digital card the couple put the information on was concealed in a peanut butter sandwich in a plastic bag.  An FBI agent took the sandwich from the drop spot, and the couple was sent $20,000. Eventually, the FBI had enough incriminating stuff on the couple and just swooped in and arrested them at their house, with neighbors watching.  John Le Carre characters these people are not, but they do make for amusing newspaper reading. 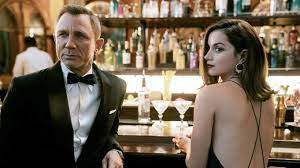 In the late morning, as I mentioned on social media, a couple of people messaged me to let me know that someone on Instagram was impersonating me and propositioning people to click a link and buy some junk.  Thanks to the people who let me know and who also informed me that my imposter was using bad grammar, down to not even putting commas in the right places.  Word to all would-be impersonators: learn a little bit about who you are impersonating before you embark on your masquerade.  In this case, the person imitated happens to be a writer, so it's unlikely, no matter how desperate I get in life and even if at some point I'm reduced to trying to sell people garbage online, that I would write my come-ons carelessly and with no attention to grammar. If anything, knowing how important presentation is in a con game, I would choose my words with great care and make sure that the actual writing is impeccable.

Later, after reporting the impersonation to Instagram, I mentioned what had happened to my wife and son, and it occurred to me that if ever I was going to work a social media impersonation scam, I would have my wife or son impersonate me because they would be able to give information about me that few people besides myself know.  So there's an idea perhaps. A family of social media grifters who collectively run impersonation-type scams...

Then, still later, my cloak and dagger theme day continued when I went to the movies in the evening and saw No Time To Die.  So enjoyable to take in a story about a spy with skills. No bumblers putting digital cards in peanut butter sandwiches or impersonators who can't use commas.  Though I wouldn't rate No Time to Die as highly as Casino Royale or Skyfall, among the Daniel Craig Bonds, I liked how it rippled along with good action, moments of absurdity, and a couple of major surprises.  It's a long movie but didn't feel like one, and the ending? Yes, it worked well for me.

Spies, an imposter, and iconic Bond -- a day that was not uninteresting.