I'm delighted today to welcome my good friend Jim L'Etoile to the blog. His latest book, the Big Pharma thriller Black Label, just came out to great reviews. I'm lucky enough to share the same home bookstore with him, and we're both (along with dozens of our reader friends) ecstatic that in two weeks, the Black Label launch party will be there. In person. He picked a good time to release a book. Because as he tells us below, timing is everything. . . 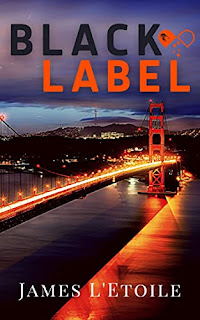 Many thanks to Claire Booth for letting me sneak into Do Some Damage for a guest post while she’s putting the final polish on Hank Worth #5. A great series with current ripped from the headlines plotting. Do yourself a favor and take a look at them.

Timing is everything. Ever notice how world events sometimes swallow up what’s going on? Sacramento mass murderer Joseph Ferguson killed five people and filmed a declaration taunting the police, with a promise to kill even more the following day. He sent his bombshell confession to local media, sure that his video would make him famous—or so he thought. Officers found him in a car stolen from one of his victims. Ferguson died in a shootout with the police—and no one ever saw his video because of the timing. Ferguson posted the video on the evening before the twin towers came down in New York. The media, and most of us, forgot about Joseph Ferguson in the wake of the terrorist attack.

My most recent novel, Black Label, was released last week, and it reinforced how timing is everything. Who could have timed a book release on the same day when all media was consumed with Jeff Bezos launching himself into space? I did run across a few websites taking bets on his return.

This time, the timing may have worked for me. The timing I’m talking about is when the plot of a book hits a moving target of what’s on everyone’s mind. We all know you can’t write to hit a current trend, jump on board the hottest new twist in fiction, or hope to capture the emotion of the latest social issue. The publishing industry isn’t fast or nimble enough to let us grab the brass ring. By the time you aim and fire, everyone has forgotten the trend you were so hot to write.

But, every once in a blue moon, the planets align, and the story lines up with current events. That seems to be the case with Black Label. I don’t think it’s a spoiler since there’s mention of it on the back cover copy, but the question of what’s really in those prescription drugs Big Pharma shoves on us by the fistful is central in Black Label.

The protagonist, Jillian Cooper, is a pharmaceutical executive who wakes up in a strange apartment, with no memory of what happened over the past two days. She discovers her CEO boss has been murdered, and the trail of evidence points directly at her—unexplained photos of Jillian and the dead man, her jewelry found at the murder scene, and blood on her clothes. Even Jillian begins to believe she might be a killer. In her search for the truth, Jillian uncovers a counterfeit pharmaceutical lab distributing diluted and ineffective drugs to unsuspecting customers.

When I wrote the first drafts of Black Label, I had no idea we’d be in a COVID world, grappling with unthinkable levels of death and devastation. Who could have foreseen we’d be arguing over what’s in the COVID vaccines, if they are effective, or if they allow the government to track your every move? Um—hello? Do you not have a cell phone?

Questioning drug efficacy and circumventing the FDA approval processes are on everyone’s mind now. But three years ago, when I started to put pen to paper, not so much. I came at the subject after talking with writer friends while teaching at the Book Passage Mystery Writers Conference in Corte Madera, California. It came out of a session where we talked about the things that motivate a character. One of the universal factors was fear. Fear of the unknown, fear of losing everything that defined you, and the fear that comes with a loss of control over your life. In Black Label, Jillian’s fear includes the broken trust when you discover a new drug, is killing people. Sounds like some of the narrative out there in social media, doesn’t it?

Some readers wanted to know if my spotlight on Big Pharma means I’m an anti-vaxxer. I couldn’t be more pro-vaccine. I got mine the moment I was eligible and encourage everyone I care about to go get theirs.

There was no planning for the collision of Black Label and the COVID vaccine hesitancy.

I didn’t gaze into my Magic 8-Ball and predict that 2021 would be the time to release a book bringing into question what we’re going through now. Timing is everything and I’ll gladly take it.

“It’s always about timing. If it’s too soon, no one understands. If it’s too late, everyone’s forgotten.” ― Anna Wintour

Thanks for having me on Do Some Damage today. Best of luck with your timing! 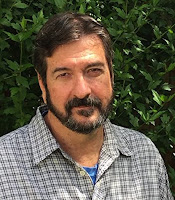 Author James L'Etoile uses his twenty-nine years behind bars as an influence in his novels, short stories, and screenplays. He is a former associate warden in a maximum-security prison, a hostage negotiator, facility captain, and director of California's state parole system. He is a nationally recognized expert witness and consultant on prison and jail operations. L'Etoile's crime fiction work has been recognized by the Creative World Awards, Acclaim Film, and the Scriptapalooza Television Script Competition. Bury the Past was a 2018 Killer Nashville Silver Falchion Award finalist for best procedural mystery of the year. Look for Black Label in July 2021. He is also a frequent contributor to top short story collections.