I’m writing this on my phone from Monterey, California, where I’m in the midst of a road trip with my son, so this will be brief. It’s a trip primarily down the Pacific Coast of California between San Francisco and Los Angeles, and as always before a trip, I spent some time wondering what books to bring with me for the time spent in a particular place. I brought three books with me for the two week vacation and decided to go with three having to do with California: Joan Didion’s Slouching Toward Bethlehem, which somehow of Didion’s books I’ve never read, Ross MacDonald’s Black Money, one of the few Lew Archer novels I hadn’t read, and, non-fiction, The Big Goodbye: Chinatown and the Last Years of Hollywood by Sam Wasson, about the making of the film, Chinatown. Funny, all three books are set in California of the sixties and early seventies, an era in the state’s history I admit I find fascinating, perhaps because I was a child and teenager then and the stuff on the news and in films and TV shows about California created a certain very distinct image of the state to me. I like to revisit that feeling, that whole era, when I read. So far, on the trip, I’ve read the Didion book, which of course captures its time as only Joan Didion can capture a time, and I’m about a third of the way through Black Money, which is shaping up to be topnotch MacDonald. It was, I’ve read, his personal favorite of his books. 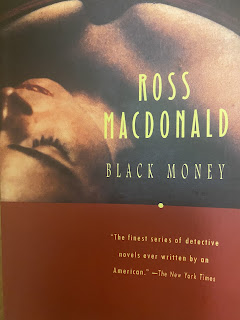 So those three books and this trip itself and my earlier thinking of what books to bring on this trip got me thinking about who my favorite California writers are. And by California writer, I’m going to use the term broadly. For my purposes here, a California writer is any writer whose work I strongly associate with the state, whether they were born in California or, like so many, moved to California from someplace else and went on to set a certain number of their books in the state.

Without having given this too much thought, here’s a list of eleven of my favorite California writers, in no particular order. I list eleven writers because I found it too difficult to limit myself to ten.

Needless to say, an incredibly rich state to write about, and these are eleven writers whose writing about the state I have loved.
Posted by scott adlerberg at 2:25 AM