The Scientists and Kafka

What it is with scientists and the fiction of Franz Kafka?  It was difficult not to be amused the other day by The Richard Dawkins tweet on "The Metamorphosis".

Dawkins: "Kafka’s Metamorphosis is called a major work of literature. Why? If it’s SF it’s bad SF. If, like Animal Farm, it’s an allegory, an allegory of what? Scholarly answers range from pretentious Freudian to far-fetched feminist. I don’t get it. Where are the Emperor’s clothes?" 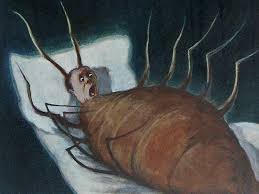 You can't blame anyone for not liking a particular work. This isn't about that. To each his own, and if someone reads Kafka and doesn't like his work, well, neither I nor anyone else can help that poor soul.

But these comments by Dawkins?  They provoked a lot of ridicule in response on Twitter, and one can see why.  Has anyone, ever, anywhere, devoted serious thought or discussion to "The Metamorphosis" as Sci-Fi. But beyond that, what does seem to disturb the scientist is indeed a particular quality of Kafka's, which is that his writing is what you might call teasingly allegoric.  Much of his fiction is like this, and "The Metamorphosis" in particular.  It's clearly a highly symbolic story; with its deadpan fantastical element, it seems to be about something other than itself, but what is that exactly?  The scientist reading this can't seem to deal with that, and so, dismisses the story, bringing up the old Emperor has no clothes comparison.

Ah, the beauty of certainty, or at least allegory, symbolism, that stands for something definite.  Well, you don't get that with the strange civil servant from Prague.

And speaking of Prague, around 1911, when Kafka was alive and there, in the city also was Albert Einstein.  He lived there for 16 months, until August 1912.  There's no definitive evidence that he ever met Kafka, but I remember reading years ago that at some point Einstein read Kafka's story "The Burrow".  This would have been many years after Einstein's stay in Prague because Kafka wrote "The Burrow" late in his life, in 1931.  The story itself is unfinished, but it's remarkable as it stands, and one of my Kafka favorites, about a vague, badger or mole-like animal describing and obsessing over the complicated network of underground tunnels it has built during its life.  It has constructed a maze for its home but expresses insecurity about its safety and is still trying to work on its burrow so that it can feel entirely secure within it.  The story is, once again, a kind of a parable, but a parable of what precisely.  Interpretations abound. 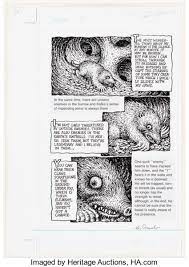 Einstein's reaction to the story, as I remember reading it, "The human mind cannot possibly be that complex."

The thing is, I've searched for and never been able to find where I read this quote by Einstein on Kafka's story.  So I'm wondering now whether I actually read what I recall, or am misremembering something.  Maybe Einstein was talking about another writer.  But I do remember this quote pretty clearly, and anyway, I prefer to think of the quote as real.   If so, first, it's surprising to think of Einstein of all people being somewhat overwhelmed by the complexity of a mind that created a particular fiction story, and second, it seems to reflect again a scientist coming up against the essential thing in Kafka: the inability for a reader to pin it down to a specific meaning.  But I like Einstein's reaction much more than Dawkins'.  Einstein seems kind of awed, and appreciative of a brilliant mind working in a field different than his own.  He doesn't traffic in the "there's no there there" thinking because he might not like or get it.

It'd be interesting to get a bunch of scientists to read Kafka and take a poll of what they think of him.  Who is searching for certainty through clearly reductible meaning?  Who is more comfortable with the suggestive and the indeterminate?  If nothing else, their reactions to Kafka and his stories would tell you a lot about each scientist.