Last year on this day, March 16th, I went to work in the morning like on any other day and found out as soon as I got to work that I would not be returning to the office the next day or anytime definite.  That's the day, without warning, an announced lockdown began and teleworking started. Covid had been spreading in New York and the country for a month or so, and everyone at work had expected a withdrawal from the office announcement at some point.  We just hadn't thought the announcement would be made so abruptly and with 8 hours to gather and order everything we needed to begin working full time at home.

Like everyone else, I had no idea that 366 days later, I'd still be working at home and the country and world, to all appearances at least, would just now be making legitimate headway against the spread of the virus. 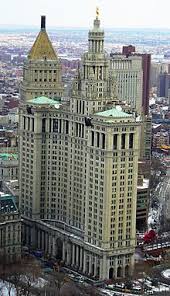 No need here to go into all the loss and sadness people have experienced during this past year.  As someone who lives in New York City, I've seen my share, not so much in the way of people I know who've died (I know several who have gotten sick, as everyone, I'm sure, does), but in the magnitude of the losses to businesses and establishments of every conceivable kind.  I've lost track by now of how many bars and restaurants I like, or just have walked past for years without even frequenting, that have shut down for good in the last year.  Eventually, new places will pop up, and in some cases, they already are.  A large sports bar near my house that I used to go to sometimes closed during the pandemic (and no surprise considering its size; the rent the owners paid must have been high), but already a new pub has just opened in the same location.  I'm sure I'll swing by when I feel comfortable enough to do so, probably sometime after I get my vaccination shots.  Watching new bars and restaurants and stores pop up in the spaces that were occupied by places that became casualties of the lockdowns will be a bittersweet experience, but such is the way it is, I suppose, after such things as wars and pandemics. 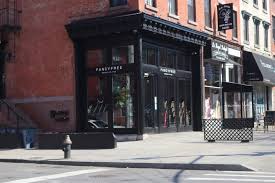 Between the usual cold and the pandemic conditions, it has felt like a long winter.  We're still in the days of dodgy March weather here, a warm day followed by three cold ones, followed by a mild one, and so on, with no predictability to the pattern, but once the spring sets in for real, I'll enjoy getting outside again and doing a lot of biking and walking.  In Brooklyn, in Manhattan, all over, it will be interesting, if not always uplifting, to become reacquainted with New York.  I suspect that to some extent that is what it will feel like, a rediscovery.  I've been inside so much the last year, I feel a little bit exiled from once very familiar surroundings, though I doubt that's a unique feeling.  I suspect it's common to many, wherever people live. This spring and summer, I'm eager to reconnect with this ravaged but enduring city.

Posted by scott adlerberg at 10:04 AM

I'm one of those who couldn't be more content, but I've been a hermit the last few years anyway. I feel for those who need the outdoors (including my wife), but as she often tells other, "Charlie didn't even notice."

Now, when I lived in Manhattan, I probably would've felt very different. I was hardly ever home, but also living a very different lifestyle. Murray Hill and then Little Italy always offered too much to stay home. Now that I'm in the sticks and can't stand traffic, crowds, etc., I'm one content MF'er. And when I do go for walks, it's nice I don't have to look up for cars from the book I'm reading. I feel for you outdoorsy types. :)

Haha. Yes. I like to get outside. That doesn't mean mingle with people necessarily. I like biking by myself or taking long walks around the city by myself, but yeah, it'll be fun to get out more again for stuff like that.