Beau is all in on Three-Fifths

This week, Beau takes a look at John Vercher's THREE-FIFTHS

“Vercher's first novel gets Agora Books, a new imprint dedicated to diverse crime fiction, off to a fast start…Vercher builds strong, multifaceted characters with bold strokes and using the tools of noir to present what is finally a full-blown tragedy. This powerful exploration of race and identity pairs well with Steph Cha's superb Your House Will Pay (2019).” —Bill Ott, Booklist (STARRED Review)

“Vercher deftly explores identity and the ethics of accountability in this debut. Fans of realistic social issue narratives will be immersed in the moral dilemmas of this timely novel.” —Library Journal (STARRED Review)

“John Vercher has such love and compassion for his characters in Three-Fifths that I couldn't help but be sucked into their lives from the very first pages. It's so incredibly suspenseful that I was continually surprised by the story and deeply moved by the time I turned the last page.” —Attica Locke, author of BLUEBIRD, BLUEBIRD and HEAVEN, MY HOME 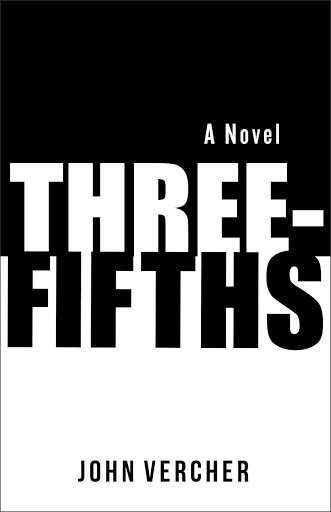 A compelling and timely debut novel from an assured new voice: Three-Fifths is about a biracial black man, passing for white, who is forced to confront the lies of his past while facing the truth of his present when his best friend, just released from prison, involves him in a hate crime.

Pittsburgh, 1995. The son of a black father he’s never known, and a white mother he sometimes wishes he didn’t, twenty-two-year-old Bobby Saraceno is passing for white. Raised by his bigoted maternal grandfather, Bobby has hidden his truth from everyone, even his best friend and fellow comic-book geek, Aaron, who has just returned home from prison a hardened racist. Bobby’s disparate worlds collide when his and Aaron’s reunion is interrupted by a confrontation where Bobby witnesses Aaron assault a young black man with a brick. Fearing for his safety and his freedom, Bobby must keep his secret from Aaron and conceal his unwitting involvement in the hate crime from the police. But Bobby’s delicate house of cards crumbles when his father enters his life after more than twenty years.

Three-Fifths is a story of secrets, identity, violence and obsession with a tragic conclusion that leave all involved questioning the measure of a man, and was inspired by the author’s own struggles with identity as a biracial man during his time as a student in Pittsburgh amidst the simmering racial tension produced by the L.A. Riots and the O.J. Simpson trial in the mid-nineties.