Former lawyer and Claymore winning writer Terri Lynn Coop joins us today at Do Some Damage. With a lengthy career in the court system, Terri is a wealth of behind the scenes information. If you’re a veteran crime writer or just starting out, you’re bound to find some gems. Grab a cup of coffee, a pen, and paper. You’ll want to take notes.

Before you can have crime and criminals, you have to have laws. And laws breed lawyers. As a 15+ year veteran of the courts in both cities and small towns, I thought I’d take a stroll through the criminal justice system, the 3-way tension needed to make it work, and how writers can use it to create believable mayhem.

The three pillars of the system are: law enforcement, prosecution, and defense. It’s a tight circle and each acts as a check and balance on the other.

Smart cops know that unassailable reports are the crux of their career. It’s not chasing bad guys and breaking up fights. It’s how they write it up. Do a bad job and the whole case can disappear with the speed of a defense motion. Those who have been well-trained or stung by defense attorneys know the value of precise language. It’s why in real life you’ll often hear a cop say “motor vehicle collision” instead of “car accident.’ Accident is an opinion and could give the defense a crack to dismantle their testimony. “How did you know it was accidental, Officer? What other pre-conceived notions did you take to work with you that day?”

A good prosecutor turns back bad police reports and demands excellence. They also go after rambunctious defense attorneys by building solid cases and managing the courtroom. The defense really has one purpose. It’s not to get their client off on technicalities. They are the civilian overseer of government power. That “technicality” could be your constitutional rights. The state has to get it right the first time. When one of the three is corrupted, well, we know what happens.

As crime writers we also have one job. To make sure that corruption happens. How do we do that and be believable?

First off, cops and attorneys are not stupid. They really aren’t. I see that occasionally used as a cheap ploy. Yes, I’ve run into some bad actors, but it wasn’t because they didn’t have intelligence. They were arrogant, burned out, racist, narrow-minded, sexist, greedy, homophobic, lazy, untrained, out of their depth, even pure evil, but they weren’t dumb. The illiterate hick deputy is a boring trope.

To look at why a professional, someone who took an oath that made them tingle when they raised their right hand, would throw it all away, we can use the same reasoning they do for spies. The MICE framework is equally valid for a cop that plants a gun, an attorney who betrays a client, or a cabinet officer passing missile codes to the Russians.

Coined during the Cold War, MICE stands for Money, Ideology, Coercion/Compromise, and Ego.

So, what are the MICE up to in your stories? Why are the cops going wrong, the prosecutors hiding or faking cases, and the defense bar betraying their clients?

Money is always a good one and an easy go-to. The bag man of the precinct is tried and true for a reason. It’s believable, has plenty of historic precedent, and is a powerful human driver. Once money enters the scene, either from greed or need, the characters get swept deeper into the vortex. And because they are intelligent and skilled, they often think they can control what’s about to happen. Oh, sorry about that, reader . . .

Ideology is also an interesting track. It covers a lot of territory. The upsurge of white supremacy and racial violence we are seeing is pure ideology at work. The same level of devotion to beliefs can drive attorneys to betray their oath and do that one little thing, either for or against their client, which will tip the balance of the system and send it spinning off its tenuous pedestal. Can your character fairly police, prosecute, or defend a Klansman, a priest, a raving Socialist, a skinhead biker, a pedophile, or a Sunday School teacher? Ideology is ripe for internal conflicts.

Compromise and Coercion is also a deep and complex pit to mine. In the first book of my series, hot rod attorney Juliana Martin is given a choice. She will either help the FBI nab one of the clients from her family law firm, or her father will end up on death row for a crime he didn’t commit. When the deal is laid out, not one player, cop or lawyer, has clean hands. The prosecutors are willing to fake a case. Law enforcement is willing to back them up. Finally, Juliana has no choice. She’s been coerced into agreeing to violate her own principles to help them. Of course, that turns out to be just the tip of the iceberg of betrayals.

The final one is Ego. Our characters are strong minded and willed and imbued with their own sense of right and wrong. The cops are often physically fit and intimidating. They can control any situation they find themselves in and bend it to their will. Ego also often comes into play when one of these characters believes they’ve been wronged. They will get their revenge. Or so they think. A lot of those victories turn out to be pyrrhic.

Are your characters in it for beliefs and dogma, are they being blackmailed, is there a payoff, or are they arrogant enough to believe they can play in the gutter and not get dirty? I can’t wait to read your answers to that question.

Thanks to the DSD crew for the invite. 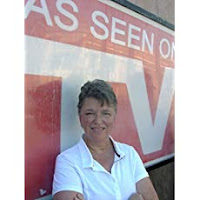 Terri Lynn Coop’s anthology contributions include "Just to Watch Them Die," crime fiction inspired by the music of Johnny Cash, "Betrayed," fiction about crime survivors, the "Battlespace" military fiction anthology and the spooky "No Rest for the Wicked" collection. Her first novel, "Devil's Deal" won the 2013 Claymore Award at the Killer Nashville conference. Terri experiments and writes across genres, including "SALT," set in the dystopian post-apoc world of "Sand." by Hugh Howey, and "Burning Kansas," a pulp-style historical romance from the time of Bleeding Kansas. She has been known to blog and post other interesting and moderately useful information at terrilynncoop.com. Please visit her Amazon page Terri Lynn Coop at Amazon
Posted by Marietta Miles at 6:56 AM

I don't write or read a lot of crime novels or the like, but this article is filled with great information. Well written, it lays things out in an easily understandable way. Thanks!