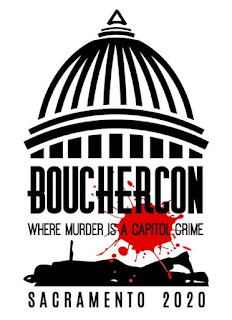 The Anthony Award nominations were announced this past week. And the list of writers is a thing of beauty. It is packed full of women and people of color and the kinds of stories that should have been published for years. But they haven’t been. Because publishers have chosen not to. Because they think those kinds of stories by those kinds of authors won’t sell.
This year’s list is a great big middle finger at that kind of thinking. These nominations are voted on by many of the biggest readers (and book buyers) in the crime fiction genre. They know good work. And this is who they’ve said they want to read:
Women. Sixty-six percent of the nominees are women. Two-thirds. Hell, yes.
People of color. Thirty-six percent of the nominees are people of color. Hell, hell, yes.
Women of color. If the list is a thing of beauty, then this is doubly so—eighteen percent of the nominees are women of color. That’s wonderful, but it’s not enough. There is no demographic more underrepresented than this one. That needs to change.
Let’s look at just two of the categories as examples of the range of voices included this year:
The Best First Novel category has four of five nominees who are people of color. There are stories about an African American spy, a Chinese-Norwegian ninja, and a biracial black man, as well as an immigrant family dealing with deadly community rivalries, and a coming-of-age psychological suspense.
The Best Critical/Non-Fiction category includes three books that take a new look at women who’ve been ignored (Jack the Ripper’s victims), misunderstood (Lizzie Borden), or influential in unknown ways (Dorothy L. Sayers).
So please, if you’re seeing these books for the first time, give them a try. And then look for others. Because we can’t treat this as the end of the diversification of crime fiction. It has to be only the beginning.
* * *
This year’s Bouchercon Local Organizing Committee will be highlighting every one of the outstanding nominees throughout the coming months.
The Anthony Award nominations are always voted on by crime fiction fans who either attended the last year’s Bouchercon convention, or were registered for the year’s convention. They can list up to five choices in each category. Those are tallied, and the top five vote-getters become the nominees in each category. This year, there were ties for fifth place in two categories, so Best Paperback Original has seven nominees and Best Young Adult has six.
Then, during the convention attendees vote for one nominee in each category. This year, with the Sacramento Bouchercon turned into a Virtual Bouchercon due to the pandemic, that voting will take place through a secure online voting site. We will have more information on registering for Virtual Bouchercon in the coming months.
BEST NOVEL
Your House Will Pay, by Steph Cha (Ecco)
They All Fall Down, by Rachel Howzell Hall (Forge)
Lady in the Lake, by Laura Lippman (William Morrow)
The Murder List, by Hank Phillippi Ryan (Forge)
Miami Midnight, by Alex Segura (Polis Books)
BEST FIRST NOVEL
The Ninja Daughter, by Tori Eldridge (Agora Books)
Miracle Creek, by Angie Kim (Sarah Crichton Books)
One Night Gone, by Tara Laskowski (Graydon House)
Three-Fifths, by John Vercher (Agora Books)
American Spy, by Lauren Wilkinson (Random House)
BEST PAPERBACK ORIGINAL
The Unrepentant, by E.A. Aymar (Down & Out Books)
Murder Knocks Twice, by Susanna Calkins (Minotaur)
The Pearl Dagger, by L.A. Chandlar (Kensington)
Scot & Soda, by Catriona McPherson (Midnight Ink)
The Alchemist’s Illusion, by Gigi Pandian (Midnight Ink)
Drowned Under, by Wendall Thomas (Poisoned Pen Press)
The Naming Game, by Gabriel Valjan (Winter Goose Press)
BEST CRITICAL NON-FICTION WORK
Hitchcock and the Censors, by John Billheimer (University Press of Kentucky)
The Hooded Gunman: An Illustrated History of the Collins Crime Club, by John Curran (Collins Crime Club)
The Mutual Admiration Society: How Dorothy L. Sayers and her Oxford Circle Remade the World for Women, by Mo Moulton (Basic Books)
The Trial of Lizzie Borden: A True Story, by Cara Robertson (Simon & Schuster)
The Five: The Untold Stories of the Women Killed by Jack the Ripper, by Hallie Rubenhold (Houghton Mifflin Harcourt)
BEST SHORT STORY
“Turistas,” by Hector Acosta (appearing in ¡Pa’que Tu Lo Sepas!: Stories to Benefit the People of Puerto Rico)
“Unforgiven,” by Hilary Davidson (appearing in Murder a-Go-Go’s: Crime Fiction Inspired by the Music of the Go-Go’s)
“The Red Zone,” by Alex Segura (appearing in ¡Pa’que Tu Lo Sepas!: Stories to Benefit the People of Puerto Rico)
“Better Days,” by Art Taylor (appearing in Ellery Queen Mystery Magazine, May/June 2019)
“Hard Return,” by Art Taylor (appearing in Crime Travel)
BEST ANTHOLOGY OR COLLECTION
The Eyes of Texas: Private Eyes from the Panhandle to the Piney Woods, edited by Michael Bracken (Down & Out Books)
¡Pa’que Tu Lo Sepas!: Stories to Benefit the People of Puerto Rico, edited by Angel Luis Colón (Down & Out Books)
Crime Travel, edited by Barb Goffman (Wildside Press)
Malice Domestic 14: Mystery Most Edible, edited by Verena Rose, Rita Owen, and Shawn Reilly Simmons (Wildside Press)
Murder a-Go-Go’s: Crime Fiction Inspired by the Music of the Go-Go’s, edited by Holly West (Down & Out Books)
BEST YOUNG ADULT
Seven Ways to Get Rid of Harry, by Jen Conley (Down & Out Books)
Catfishing on CatNet, by Naomi Kritzer (Tor Teen)
Killing November, by Adriana Mather (Knopf Books for Young Readers)
Patron Saints of Nothing, by Randy Ribay (Kokila)
The Deceivers, by Kristen Simmons (Tor Teen)
Wild and Crooked, by Leah Thomas (Bloomsbury YA)
Posted by Claire Booth at 3:00 AM