One Approach To Writing Short Stories 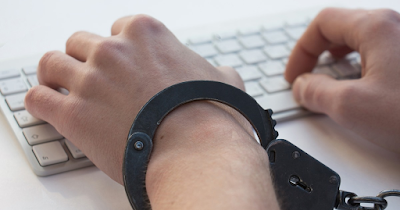 As the co-editor of All Due Respect, I read a high volume of short stories. These days, the quality of submissions is high. Most of what we receive is fairly close to on target—the right length, in the right genre, not too many typos or other glaring errors. Still, if I reach the end of a story and think, “Whelp, nothing wrong with that,” I’m unlikely to recommend accepting it. After all, if co-editor David Nemeth and I aren’t jazzed about a story, then what’s the point in publishing it?

It’s difficult to define what makes a good short story. Certainly, there are no set rules, and writers have proven the medium is flexible enough for a range of approaches. One of the best stories I’ve read in recent years is “Movie Version” by Tom Sweterlitsch in The Swamp Killers (edited by E.A. Aymar and Sarah M. Chen). This experimental story follows none of the principles I’ve laid out here.

In other words, there are many different ways of constructing a good short story. I’m going to walk you through one way of doing that here. Each aspect I discuss below puts a limit on the writing to better maintain focus.

Minimize the number of characters
This is critical for two reasons. The first is that adding too many characters will confuse the reader, making it more difficult for them to become absorbed in the story. The second is because, in my opinion, character is the most important element of short stories.

Establish two interesting characters, then put them into conflict with each other. This is a reliable formula for writing a good short story. The plot is direct: Character A wants something; Character B wants to prevent them from getting that something. The drama comes from how things go down, rather than from what happens.

An excellent example of this is “Mad Dog,” by Stephen D. Rogers. This guy is a master of the form and has written more than 800 (!) stories.

This story only has two on-page characters—Mad Dog and the narrator. The narrator wakes up to find Mad Dog is pointing a gun at his face. She says she’s taking him on a ride and, as you’d imagine, he doesn’t want to go on that ride. The electric fight scene that’s the climax of the story nearly costs both characters their lives. Adding more characters would lessen the drama, tension, and focus that Rogers establishes.

Simplify the plot
You don’t need a twist to construct a good short story. In fact, one of the most common mistakes I see is writers constructing stories that are built around a twist. In other words, the first three-quarters of the story seems to express, “wait for it, wait for it, the twist is coming!” Every part of a story should be engaging—not just the end. A related problem is that twists are so common that the law of diminishing returns kicks in. I would imagine most readers have seen plenty of twist endings.

Simple plots that are handled with expert care and focus on a natural progression of events tend to make stronger stories.

Take “The Biggest Myth,” by Tom Pitts. Christophe is a lender who’s talking with Jerome about his debt. These two characters have opposite goals: Christophe wants his payment one way or another, and Jerome is desperate to wriggle free from his obligations. Note that this story only has two characters.

The brilliance of this piece is in the patient way Pitts builds the tension. Christophe politely asks Jerome for a cup of coffee as he lectures him about the inner workings of his less-than-legit lending business.

At first, Christophe seems reasonable, business-like. He comments on the smell of the coffee as it brews. He then prepares the coffee to his liking. It’s not hot enough, so he reheats it in the microwave. Slowly, Christophe reveals that while harming debtors isn’t usually in his best interest, he’s prepared to make an exception here. Then Christophe throws the scalding-hot drink in Jerome’s face.

Keep it in medias res
It’s tempting to explain everything to the reader, to provide every detail of the character’s backstory to make what happens in the story relevant.

But resisting that temptation leads to more engaging short fiction. You as the writer may want to know the backstory and details for yourself, but allowing the reader to fill in the finer points is part of the magic.

Keep the focus on a single moment in time and in a single location. The reader will discover the character through what they do and say and think in this moment. Many successful short stories are only one scene.

Both the stories I’ve referred to do this: “Mad Dog” takes place in the narrator’s home. “The Biggest Myth” takes place entirely in Jerome’s kitchen. And they both happen in real time, with very little about the characters’ backgrounds being revealed.

Make it about one thing
Often the best stories are unified around a single idea. “The Tut,” by Paul D. Brazill is illustrative.

The reader is informed in the opening line that Oliver has, after enduring forty-five years of marriage that was, “at best, like wading through treacle,” murdered his wife. Oliver is initially overjoyed with his decision. But he becomes increasingly uneasy, as he begins to hear a disapproving “tut tut tut” similar to the sounds his bride used to make. The “tut” lurks behind him until he finally can’t take it anymore.

This is a genius move because Brazill takes a common enough crime fiction plot—spouse murders spouse—and breathes new life into it through unifying the story around the haunting “tut” that will never, ever leave Oliver alone.

The goal in working within these limitations is not to stifle creativity by adhering to a rigid formula. Instead, they allow for creativity in all other aspects of writing—from the prose to the dialogue to the setting and characters. Each of the stories I’ve referenced is memorable not because of its adherence to any rules, but because of the author’s ingenuity and style.

Chris Rhatigan is a freelance editor and publisher of All Due Respect Books. He has worked on novels that have gone on to win the Anthony Award, the Independent Publisher Book Award, and The Beverly Hills Book Award. He also co-edits the crime fiction magazine All Due Respect. He is the author of five novellas and two short story collections. He lives in Philadelphia. Find out more at his website, chrisrhatiganediting.com.

Thanks for mentioning The Tut, Chris. I was one of the first things I wrote and one of my most popular.