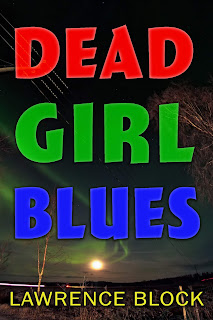 Back when I was an aspiring writer, one thing would always puzzle me, and that thing was the oft-repeated phrase “Find your own voice.”

“Understand character,” I got, as I did “Know the difference between story and plot,” but the own voice thing – especially because it was often referenced adjacent to finding your character’s voice – confused the hell out of me.

Til I discovered Lawrence Block. The first thing I read was a Bernie Rhodenbarr novel ( “the burglar in the closet,” I think) then I dipped into – and was quickly consumed by – The Matt Scudder novels. I devoured the Keller books, and then purchased his collected shorts “Enough rope,” and – in short order – everything I could lay my hands on. And as I read – and fell in love with – Block’s work, the phrase began to make sense.

But what they have in common – what Block is a master of – is the authorial voice. The characters are varied, but the storytelling is conversational. When Block’s recounting a tale it’s like the days when your dad read you a story at bedtime, it’s (aptly for this book) the stranger in the bar who’s so entertaining you stand him several Jamesons and have the best night of your life. You’re in the story until a little aside pops up – may be irrelevant, may be entirely relevant - and you go with it because it’s hugely enjoyable.

Because his voice tells you stories you’re gripped by, tells them in such a way that even when they’re about the darkest things possible (Scudder accidentally killed a child while drunk, precipitating his exit from the NYPD, the end of his marriage and his slide down to a point where – in the earlier books – we feel he’s never far from putting the business end of his revolver in his mouth and pulling the trigger) you want to know what happens next. No matter how bad it gets.

And so we come to Dead Girl Blues, Lawrence Block’s  latest standalone novel. Block’s voice is key here, because this is a book about a man who commits an atrocity, and of what happens to him in the decades that follow.

It’s a horrible book, insofar as it (in this reader at least) inspired horror.

And it’s an absolute triumph.

We meet a man. He tells us, right up front, what he’s done, and we wait. To find out what happens next. Until we realise that we’re in the hands of a Scheherazade who knows no more than we do. This is not a Genius serial killer, or a deranged psychopath. Nor is it any of the dozen or so immediately recognisable tropes that are often used in these types of tales.

Here, instead, is an average man. Who walked into a bar one night. And did something terrible. There’s no pretence that what he did was an anomaly – we learn that the thought that triggered the act remains, that the consideration of the act itself is, in a way, a pleasurable act, and one which both keeps our protagonist away from repeating the act even as it edges him closer to an encore.

His self-awareness – the fact that this man knows what he’s done, knows he wants to do it again, and knows that only a series of quirks of fate have prevented him becoming the beast he fears he is – makes him even more horrifying than all the cartoon killers on the shelves.

Because this one feels real. He diverts on to topics as wide-ranging as favourite TV shows, or the challenges of having grown-up kids about to go off to college. He’s the man who could live next door; nice but unremarkable. He’s the husband you met later in life; the step-father you always wanted. And his normality is what makes him truly horrifying.

It’s a book about the monster in all of us, and what happens when that monster gets loose. And it’s a book, I think, about learning to live with the monster and the consequences of our actions.

One of the best books he’s ever written.

Dead Girl Blues is our June 24th and you can pre-order it here <or buy it if you’re reading this after June 24th. In which case one has to ask: where the hell have you been? We missed you.>

Farrell is married to the most English man on the planet and lives in West Sussex. They have no goats chickens children or pets, but they do have every Kylie Minogue record ever made.

Posted by Derek Farrell at 8:00 AM