What have people been reading during the pandemic lockdown?  It's a common question, because if nothing else, along with all the movie and series binge-watching, reading has been a primary way to pass the time.  I have found myself reading mainly short works that I've wanted to get to for years and that, despite their brevity, demand the kind of focus and attention that the lockdown has allowed.  During normal times, I do so much of my reading going to and from work, and just from a pure reading standpoint, I have enjoyed the chance to spend hours sinking into stuff without rattling around on a subway, pressed for time.

A few of the standouts I've read during the lockdown:

I Am the Brother of XX 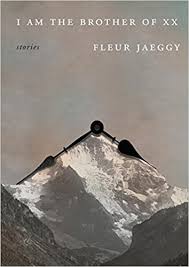 I've mentioned the Swiss writer, Fleur Jaeggy, here before when I talked about her great novel Sweet Days of Discipline.  She is a steely and forbidding author, one who somewhat proudly describes herself as "cold".  But that word belies the heat and emotion in her stories, which, yes, are icily delivered.  The stories here are often macabre and describe all sorts of familial dysfunction, and they also include portraits of writer friends of Jaeggy's, people like Ingeborg Bachman and Italo Calvino.  She's not an easy person to read, but anyone interested in seeing ways one can write with the utmost concentration, suggesting and telling an awful lot in as little as two or three pages a story, can do well by reading her.

The Transmigration of Bodies 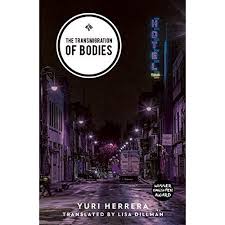 A fixer in a Mexican city ravaged by violence has to arrange the swap of two dead bodies between two rival gangs.  All of this takes place against the background of a plague, in a terse and vernacular language that summons a mood of noir.  This book is very emotionally rich, and again, here is someone who gets so much into his characters and story in a short time. Yuri Herrera constructs an entire world in about 100 pages. This is the second of his three novels I've read (I also loved Signs Preceding the End of the World), but I'll probably put off reading the other one for a while because I want to savor the experience of anticipating my next Herrera read. 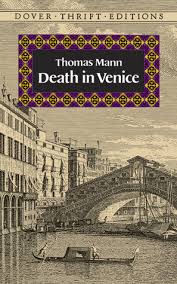 All these years of reading about Thomas Mann and the works of Thomas Mann and yet I'd never read Thomas Mann.  I figured since I have the time and since it is a plague story of sorts and since anyway I love fiction set in Venice, what better time to pick up this novella of his.  Somehow, maybe, I was expecting something heavy and hard to get through.  Death in Venice is neither.  Death, love, writing, a cholera outbreak, a middle-aged author's obsession with a beautiful teenage boy (who he follows and watches but never so much as speaks to or touches) -- the book isn't exactly a lark but it's not a chore in the least.  Masterful writing, which you'd expect, makes for a very strong narrative that you can finish in a couple of sittings. And as an ironic self-portrait of a "great" writer, a writer with fame and wealth, esteemed by the reading public and who has received prizes and accolades galore -- this book is among the best I've ever read.

I would need many months, if not a couple years, of virus lockdown (which nobody wants) to get through all of Balzac's novels and stories, but I figured this is a good as time as any to dip into the coffee-drinking twenty hours of writing a day man. I have to say if you're someone who likes stories about obsessed artists, you'll enjoy this work of his, "The Unknown Masterpiece", about a painter who may or may not be brilliant or nuts, or both. I can see why it was a favorite of Paul Cezanne and Pablo Picasso and a number of other painters.  Picasso was so taken with the story and the main character, the painter Frenhofer, that at one point he moved to the street in Paris where Balzac locates the studio of one of the characters. In this studio, Picasso painted Guernica. The NYRB the edition I have comes as well with a novella called "Gambara", about an instrument maker and composer with mental issues. Two entertaining and thought-provoking stories about art and how it's made, about complicated and obsessive artists whose attempts to reach perfection, while admirable, may not lead them any closer to happiness.

Posted by scott adlerberg at 9:24 AM