What do you do when you know a plethora of smart, strong, and brave women? You ask who inspires them.

This amazing group of women got together recently and enjoyed an evening of discussion with Pam Stack over at Authors on the Air. Please give it a listen:

Authors on the Air 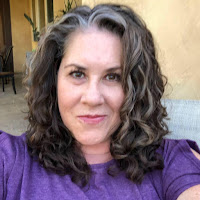 Holly West is the Anthony Award-nominated writer of the Mistress of Fortune historical mystery series. She was nominated for the Left Coast Crime Rosebud Award for Best First Novel. Her short fiction has appeared online and in numerous anthologies, and her latest story, “The Best Laid Plans,” appears in Florida Happens, the 2018 Bouchercon anthology. Editor of Murder-A-Go-Go’s, a crime fiction anthology inspired by the music of The Go-Go’s. Proceeds from which go to Planned Parenthood. Her novella, The Money Block, is out right now and available where books are sold.

“I was a thirties radical,” Doris Bartlett said.

My neighbor divulged this information only after I’d revealed my own politics, which are liberal. Her words lacked gravitas because I didn’t know what a thirties radical was, but the statement marked the beginning of a treasured friendship. I was in my early-thirties, she was in her late-eighties. Before her death at ninety-two, she let me in on a few more of her secrets. Read Holly's entire essay: 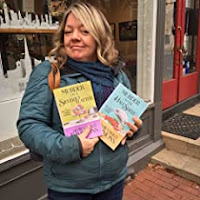 Shawn Reilly Simmons is the author of The Red Carpet Catering Mysteries featuring Penelope Sutherland, an on-set movie caterer, and of several short stories appearing in various anthologies including "Burnt Orange" in Passport to Murder: the 2017 Bouchercon Anthology (Down & Out Books), and "The Prodigy" in Mystery Tour, the Crime Writers' Association Anthology (Orenda Books).


Growing up, Julia Child was often on our TV, an odd yet comforting voice in the background of activity that was my mom’s kitchen. My sister had decided she wanted to be a chef when she was eight years old, and my mom always supported whatever path we chose whole heartedly, so we spent a lot of time cooking and learning as much as we could from Julia Child’s show The French Chef.
Read Shawn's entire essay:

Cindy is a Jersey girl who looks like a Mob Wife and talks like Anybodys from West Side Story. Her noir/horror/bizarro stories have been published in the coolest places, such as Shotgun Honey; Megazine; Dark Dossier; Horror, Sleaze, Trash; and Rock and a Hard Place. She is the editor/art director of the Webzine Yellow Mama.


I’ve always been a big Carson McCullers fan. She was transgender before her time. I read somewhere that, deep down, she always knew she was a man. She loved men, and women, and knew so much about love, and loss. Read Cindy's entire essay:

Sandra Ruttan had her first newspaper column at the age of 13, studied journalism and education in college, and has gone on to have several crime fiction books published. Clive Cussler described her writing style as spellbinding. Her works have been translated and published overseas. She also founded Spinetingler Magazine and was among the first to publish many rising stars in the crime genre. She is a full-time writer and freelance editor.

Hindsight can make it easy to see that a person is a hero or a leader. The truth is, there are many inspirational women making a difference every single day right now, and one of those women is Alicia Elliott. Read Sandra's entire essay: 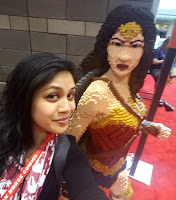 Mia P. Manansala is a writer from Chicago who loves books, baking, and bad-ass women. She uses humor (and murder) to explore aspects of the Filipino diaspora, queerness, and her millennial love for pop culture.


I have a thing for warrior princesses. Oddly specific, I know, but they appeal to the part of me that appreciates a really nice tiara as well as the side that wants to f#*$ things up.

One of my faves is Urduja, a legendary warrior princess from the Philippines who was quoted as saying that she will marry no one but he who defeats her in battle. Other warriors avoided fighting her for fear of being disgraced. Sounds like my kind of woman. Read Mia's entire essay: 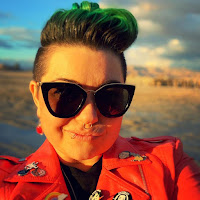 Renee Asher Pickup is Marine Corps vet and mellowed out punk living in Southern California. Renee writes fiction about bad things happening to flawed people, nonfiction that is critical of the status quo, and truly believes From Dusk Till Dawn changed her life. She is an acquisitions editor and publisher, a frequent writer of short stories, and loves to talk. Her novel with Andrez Bergen: Black Sails, Disco Inferno is available now from Open Books.

Sir Lady Java is a woman who made history but seems to be fading from it, even as she lives and breathes in Southern California. Born in the 1940s, Lady Java was a black trans girl who started her transition before she hit her teen years – something that is controversial now, but was almost unheard of at the time. A gifted performer with amazing costuming, she hit the nightclub circuit in New Orleans as a teenager and had set up shop as an in demand celebrity in Los Angeles by her twenties. Decked out in outfits ranging from full white feathers head-to-toe to sequined bikinis, she was so hot she was hanging out with Sammy Davis, Jr and performing at Red Fox’s club before long. Read Renee's entire essay: 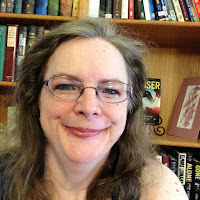 Dharma Kelleher writes gritty crime fiction with a feminist kick and is one of the only openly transgender voices in the genre.

She is the author of the Jinx Ballou Bounty Hunter series and the Shea Stevens Outlaw Biker series. Her work has also appeared in anthologies and on Shotgun Honey.


I’ve been inspired by so many women. But the one who inspired me most is Kaay Grosso.

When we first met, I was only a few months sober, following a suicide attempt. She ran an informal group of women that met on a weekly basis called Garden Club. But it wasn’t flowers or other plants we were growing. We were growing ourselves. Read Dharma's entire essay:


Dharma Kelleher on Kaay Grosso a Mother to All 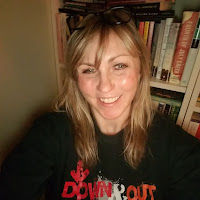 Jen Conley's short stories have appeared in Thuglit, Needle: A Magazine of Noir, Crime Factory, Beat to a Pulp, Protectors, Pulp Modern, Trouble in the Heartland: Crime Fiction Inspired by the Songs of Bruce Springsteen and many others. She has contributed to the Los Angeles Review of Books and is a former editor at Shotgun Honey. She lives in New Jersey.


There are so many women I admire, but I think the one who really inspired me was Judy Blume. As a kid, I devoured her novels. She had a special kind of magic that just drew me in and kept me up for hours. I could read the first line, and boom! I was hooked. Her characters were regular kids, nothing special, nothing extraordinary, but they were real and I connected with that. I read her books five, six, seven times, and I can’t tell you exactly why I did that other than I felt at home with her characters and their struggles. Read Jen's entire essay: 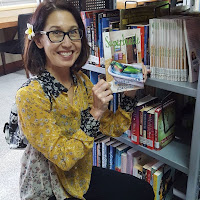 Sarah has worked a variety of odd jobs, from script reader to private investigator assistant. She's published numerous short stories and a children's chapter book. Her noir novella, CLEANING UP FINN, with All Due Respect Books, was an Anthony finalist and IPPY Award winner. She's the co-editor of THE NIGHT OF THE FLOOD, a "novel-in-stories," with E.A. Aymar and is a sometimes contributor to the Los Angeles Review of Books.

My mother was my first role model. Growing up, I watched her put herself through school, earning her A.A., her B.A., and eventually her M.A. Despite being the oldest student in her class and having to essentially raise a child by herself, she found a way to achieve her dream. Read Sarah's entire essay. 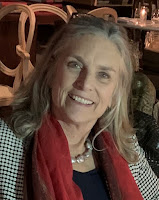 Allison A. Davis writes poetry (Three Rooms Press Annual Dada Magazine, Maintenant 12 and 13), short stories (including anthologies Dark Yonder (Nov 2019) and Shattering Glass (June 2020)) and is currently shopping her novel, “But Not For Me.” A background in journalism and art criticism, her day job is a senior partner at Davis Wright Tremaine, a national law firm.

Leadership. And tenacity. What woman do I admire most? I admire all the women who taught me, equipped me, supported and prepared me, nurtured me and schooled me to be successful. This recent primary got me thinking about women’s leadership. Why are men so reluctant to let go of power in this country? What is leadership by women? What difference would it make? What do I know about it?

Ann Abel on Women in Leadership

Posted by Marietta Miles at 3:31 PM