When I was – well, let’s say younger, because ‘young’ would suggest I’m now old, and I don’t feel old (though I am old enough to remember New Order when they were called Joy Division. I prefer The Order. More fun.)

Anyways, where was I? Oh yeah, not being old. Well, when I was younger I used to travel a lot with my day job, and one of my favourite things to do when I was travelling for work was to use my spare time to explore and engage with the countries cities cultures I ended up in. I figured the company dollar had sent me to Hong Kong. So okay: many of the other expats experience of HK was a triangle of their gated community, their office and various drinking dens in Lang Kwai Fong (a maze of narrow alleys full of bars and clubs catering to the expat community. The only locals in “The Fong” were usually serving the Gwai Lo), with occasional trips to the Hong Kong Sports club (again, mostly expats.)

One of those expats proudly advised me, on meeting for the first time “To be sure and visit The Great Wall. It’s a Chinese restaurant, but like what we have at home.” (Home was, if I recall correctly, Swansea) “None of that dodgy foreign stuff.”

Apart from goggling at the insensitivity and lack of adventurousness in the statement I was filled with admiration for the local Chinese Entrepreneur who retro-fitted a restaurant space and menu to resemble the sort of place and sticky-sweet, MSG-doused menu you’d experience after sixteen pints at the Rugby on a Saturday.

Unless, of course, the entrepreneur was actually a bloke called Barry from Pontypridd.

But I digress. More frequently, these days, it seems.

Anyways, I swerved The Great Wall, taking, instead, trips to the very edge of Hong Kong Territory and at one stage acquiring the paperwork to venture across the border into China properly. 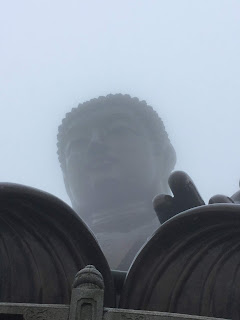 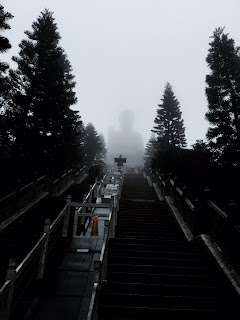 Let’s be clear: I’m not claiming to be The Gay Marco Polo. I think you’ll find that Marco Polo was The Gay Marco Polo. But I travelled. On buses filled with locals, who (in some cases) had very little English, but still more English than I had Cantonese or Mandarin. I journeyed to Istanbul and walked around the city, visiting the tourist highlights, and finding a bookshop off the beaten path that I had a taxi take me to so I could talk to a Turkish Booklover (I never claimed not to be a book nerd). My first business trip to New York inspired a life-long love affair with the city, and even a day in Athens was scheduled so I could squeeze a trip to the Acropolis in. 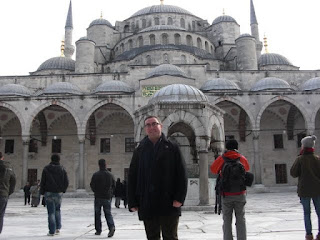 Then, three years ago, I was asked to spend a month in Johannesburg South Africa. I came. I sat in a hotel. I went to work. I had one of the most genuinely depressing months of my life. Brexit had just happened. My mother’s death the year before was still raw, and all that time alone in a hotel room made it almost physically manifest. The Fascist Orangutang – some months earlier- had acquired The White House. Things were generally shit.

Until, in December, my day job asked me to spend another month in the same city. I tried everything to escape it but in the end it was my husband who pointed out how a trip to Africa at the height of their summer had to be better than spending January in London with sleet snow darkness and all the psychological impacts that brings.

So I went, determined to use the time to write a book and to work out every single night, and that plan went well enough.

“Well you need to go,” he said, opening his phone and – as I stood there wondering why on earth I would want to take a two hour flight away from a place I didn’t know to another place I didn’t know – he’d found my flights, suggested some accommodation and started proposing things I needed to see and do in my two day stay.

I found myself handing over my credit card while a bit of my brain said “What the fuck are you doing?”

The rest of the week passed and as I got closer to the day I realised I was anxious. I was getting a train to the station (“The easiest way,” my friend insisted). What if I missed the train? What if I got one going the wrong way? What if I got to the airport and couldn’t find the domestic flights area? Christ, I hadn’t checked in; what if that was a problem? What if I got there and my Uber driver was a violent mugger? What if the place I’ve booked is a roach infested dump in the middle of nowhere?

To make a long story short (“TOO LATE!” They all cried) I made the train, the flight, the pickup at the other end, the apartment I’d booked, and when I woke on Saturday morning I got my first view of my home for the weekend. 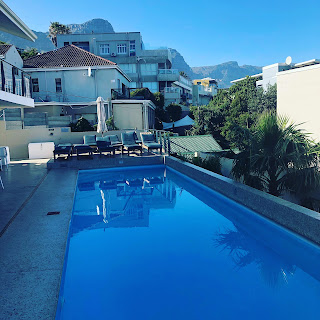 I spent the day on a hop-on-hop off bus getting a tourist view of the city, watching and listening to local buskers and bands play the most amazing music I’ve heard in a long time; I shopped for books; I shopped for a pair of swim shorts to wear when I tried out that fabulous pool at my apartment. I visited the amazing Kirstenbosch Botanical Gardens and a sense of peace – of genuine stop-dead- in-your-tracks tranquility – hit me.

And I realised I’d been afraid. And I realised that the fear wasn’t there before my mother got sick and died, and that the previous South Africa had been the first and pretty much only solo trip since then. And I’d been afraid of everything that could go wrong; had been catastrophising shit that – even if it were to go wrong – would be little more than an inconvenience.

And it was a waste of time. Because the worst thing had already happened. And I remembered who I used to be. 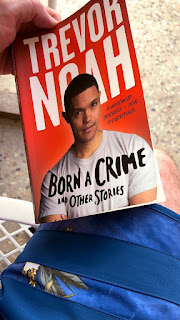 I sat down in the dappled shade of an ancient gnarled tree on grass as bright as emeralds and as warm as a fireside rug  and I opened one of the books I’d just bought – the biography of a South African comedian called Trevor Noah (on whom I’ve had a crush for ages, but of whom I knew very little) and I randomly flicked through it, and my eye fell on this: 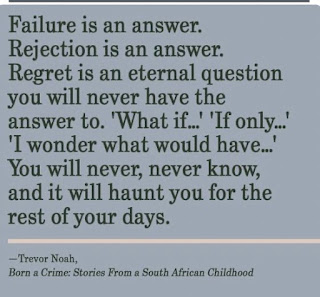 And – although it’s hardly the most profound thing I’ve ever read – it struck a chord with me. I’ve been asked to do some things in my capacity as a writer this year. Talks, workshops, a prison and a school visit, and in every case I have said “Yes,” (Because Of course) and then become instantly aware of the low-level anxiety hum and of the voices telling me that I don’t know how to do that (without my even, in some cases, having ironed out what ‘that’ is) and it’s all from the same place that was telling me to just stay in my hotel in Johannesburg, maybe sit out on the deserted sun terrace. Order room service. Waste the weekend on existing instead of Living.

The fear that will stop me doing stuff. That will do the one thing my mother would have been heartbroken by: stop me living my life to the full.

So: No more fear. No more regrets. 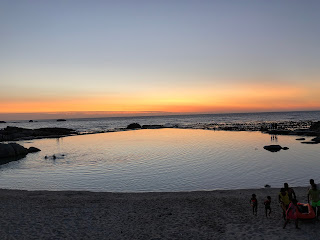 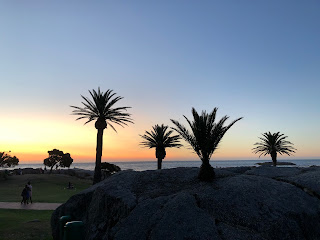 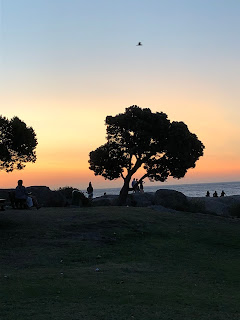 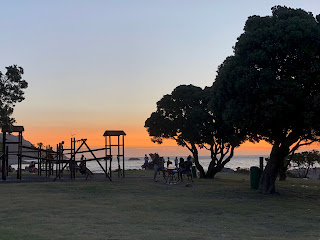 Derek Farrell was raised in Dublin and lives, now, in London where he writes The Danny Bird Mysteries, “Death of a Diva,” “Death of a Nobody,” “Death of a Devil,”and  “Death of an Angel” can all be purchased from the usual e-stores or directly from the publisher hereThe fifth, “Come to Dust,” is available exclusively as a free download from his website derekfarrell.co.uk . The sixth – Death of a Sinner – is a Fahrenheit69 Tete Beche Novella and is published in a joint edition with Jo Perry’s “Everything Happens.” It can be purchased here.

Posted by Derek Farrell at 8:00 AM

Once upon a time, I thought myself to be somewhat adventurous. I was stationed in W Germany for 2.5 years, and drove all around the countryside, but never learned enough German to pay attention to where I was going, or took the time to actually explore all the history. Then over the years, I've let the fear of failure overtake me. Glad to see someone overcome fear of any kind.