The Last Thrift Store on the Left

Growing up poor in the South a lot of  things that others take for granted were either out of my grasp or foreign to me. There was no bakery or pizza place on every corner. The closest grocery store was five miles away. When I was a kid our town had one department store that sold off brand clothes. We used to call the sneakers they sold "blanks" because they didn't have any symbols or names on them. We didn't have access to a lot of what could be termed modern conveniences and even if we did we were too poor to take advantage of said conveniences. I didn't walk into my first actual bookstore until I was deep into my twenties. That being said my town did have two great outlets for broke nerdy kids like me. A great library and a thrift store.

The library was a bastion of hope and peace for me in those days. Even today the concept of a library blows me away. You will literally give me all the books I can carry and all I have to do is promise to bring them back in two weeks?  As my granddaddy would say that's crazy as a bag of cats. Despite how much I enjoyed the library it was a bit...sanitized. it was after all a library in the South in a town so steeped in the Confederacy and  religion they once tried to make Robert E. Lee our patron saint. Conservative would be an understatement when talking about their fiction department. 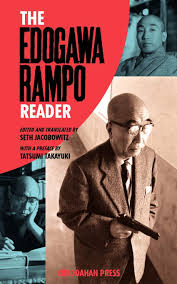 However... the thrift store was where the action was. Our local thrift store benefited from numerous estate sales and abandoned storage units. They were the happy recipients of the overly abundant detritus of  unfulfilled lives and lost dreams. They scavenged the bones of the body electric with the thoroughness of grave beetles. They wasted no part of the animal. A big part of the animal were books. All kinds of books. Books that a twelve year old probably shouldn't have been perusing. Among the dusty shelves and haphazard piles of polyester pants I discovered books by authors I knew and loved and authors I had never heard of but found interesting. I found books that were way over my head at the time and books that I understood so intimately it made my heart ache.

This was where I discovered Kerouac and Burroughs, Eldridge Cleaver and Richard Wright , Anais Nin and Henry Miller. Jim Carroll and Alan Watts. This was where I was hopelessly confused by The Story of O.( My poor mother thought it was an educational book when she glimpsed the cover.)  But it was crime fiction that I was really able to immerse myself in as I walked the long aisles of  the Forgotten Treasures Thrift store. I found the complete works of Agatha Christie next to a huge stack of Mike Hammer novels. A Rage in Harlem lying next to Lord Peter Wimsey Omnibus. I stumbled upon a book that had a short story from the magnificent Edogawa Ranpo, whose work I would devour in the coming years. I learned about obsession and desire from Cornell Woolrich. I scooped up The Bride Wore Black in a pile of books that included a bunch of 87th Precinct novels and a few books by Barbary Neely.  The thrift store was my own private MFA program. I not only enjoyed a rarefied education in the best crime fiction the 20th century had to offer I also got glimpses into the lives of those who had these books before me. Cryptic inscription, Lovingly rendered dedications, the random address or scribbling of a  kid not much older than me when they were presented with a copy of Edgar Allan Poe's collected works. I often wondered what happened to the boy who wrote "This book is the property of Sam" on the front flap of  By Reason of Insanity by Shane Stevens.

I hope you enjoyed that book Sam. I'm sorry you had to let it go. But I'm so happy I found it. That's the true magic of a thrifts store. We become pieces of a shared tapestry that is made of imagination. We are all dreaming the same hazy dream at different points along this chaotic timeline.

Think about that the next time you find yourself in a used book store or thrift store. You're the next link in a chain that goes all the way back to  cavemen gathered around a fire.
Posted by shawn cosby at 12:46 PM