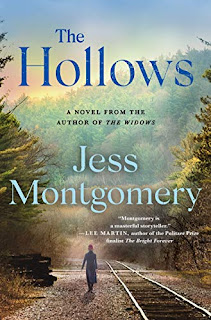 This week, I’ve got a treat for you. Jess Montgomery joins us with a look at the second book in her historical Kinship Mystery Series. In the books, Kinship is a town in the Appalachia region of Ohio, and it has very unique law enforcement for the 1920s.
The Hollows will be released on Tuesday and I can’t wait to read it. Jess’s first book, The Widows, was fantastic. If you haven’t read it, Jess is offering one lucky Do Some Damage reader a free ebook of The Widows. Just leave a comment here, or on Jess's Facebook page, Do Some Damage's Facebook page, or on my own Facebook page--by the end of Wednesday, Jan. 15. She’ll draw the winner! –Claire Booth

By Jess Montgomery
In THE HOLLOWS, Sheriff Lily Ross is running for election as county sheriff in her own right in 1926. In real life, Ohio’s first female sheriff, who is the inspiration for my character Lily, became sheriff to fulfill her slain husband’s term. When she ran in her own right in 1926, she won by a landslide.
Of course, I’m not going to make the election quite so smooth for Sheriff Lily… (I won’t say here if she wins or not; you’ll have to read The Hollows to find out!)
In any case, Lily’s campaign is interrupted by a murder, an elderly woman dying near a train track in a remote part of the county. The woman is unidentified, and certain clues imply she is not from the area. But Lily is determined to investigate as thoroughly as possible.
As she does so, her friend Hildy Cooper is pulled into the case. Both women find their friendship tested during the investigation, and both must deal with past haunts and hurts—personal as well as in their hometown’s history—in the course of their sleuthing.
Hildy, a childhood friend of Lily’s, was a secondary character in my Kinship Mystery Series debut title, The Widows. In that novel, she served as a foil to Lily. Whereas Lily is brave, physically strong, and not afraid of confrontation, Hildy—who had been engaged to Lily’s older brother before he died in the Great War—has always been quiet, reticent, and (in modern parlance) a people pleaser. 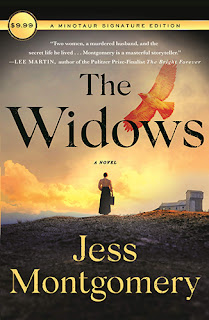 While these attributes enabled her to offer great support and comfort to Lily in the first novel, I realized that I wanted to test Hildy in the second novel and bring her more to the forefront of the story. In The Hollows, Lily and Hildy are dual narrators. Some of Hildy’s decisions and actions in The Hollows would have surprised me when I was writing The Widows (had I known, of course, what was coming).
And that’s one of the aspects I love best about this pattern I’ve landed upon, if you will, for the Kinship Mystery Series. I anticipate that each novel will have dual narrators—Lily and another character we’ve met in past novels as a secondary or even minor character. In this way, I’m hoping to keep expanding the world of Kinship, with Lily at the center, and all the other characters interconnected with each other as well as with Lily.


Jess Montgomery is the author of the Kinship Historical Mysteries. Under her given name, she is a newspaper columnist, focusing on the literary life, authors and events in her native Dayton, Ohio, for the Dayton Daily News, and is the former executive director of the Antioch Writers’ Workshop.


You can order The Hollows through IndieBound , Powell's, Amazon, Barnes & Noble, or Books-a-Million.