In Praise of Elizabeth Wurtzel 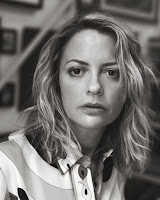 “But for all intents and purposes, the deeply depressed are just the walking, waking dead.”
Elizabeth Wurtzel, PROZAC NATION

The author of “PROZAC NATION: YOUNG AND DEPRESSED IN AMERICA” and “BITCH: IN PRAISE OF DIFFICULT WOMEN”, Elizabeth Wurtzel died, far too young at 52, on January 7 from metastatic breast cancer.


The New York writer published her best-selling memoir PROZAC NATION when she was only 26.


The book chronicled her long struggle with depression and her eventual treatment with a laundry list of medications, including lithium and the often-mentioned and maligned Prozac, when she was still a college undergraduate. Twenty-six years ago.


Stop for a moment. Think of the people in your life who have acknowledged battling depression.


Imagine the number of people Elizabeth Wurtzel persuaded with her memoir.


With her honesty, intelligence and palpable talent, Elizabeth Wurtzel changed the way we see depression and mental illness. She helped ferry depression from shadows and shame to the light of day, from an uncomfortable, misunderstood disorder to a mainstream condition that can rest itself on anyone at any time. And, perhaps hardest to accept for those not familiar with the suffering, depression can happen for no “good” reason. It influences the brain and impacts how you think, feel and act. You can’t wish away depression with affirmations and positive thinking.

“That's the thing about depression: A human being can survive almost anything, as long as she sees the end in sight. But depression is so insidious, and it compounds daily, that it's impossible to ever see the end. The fog is like a cage without a key.”
Elizabeth Wurtzel – PROZAC NATION

Extreme. Self-indulgent. Needy. Attention-seeking; terms often whispered behind the backs of those working through depression, those who are forthright and brave enough to share their pain. Their experiences. And these are the terms those unmoved and unimpressed by Wurtzel’s work use to describe her writing. Wurtzel was aggressively open regarding her mistakes and bad habits. Her selfish side. Thoughtless side. Her manipulative and shifty side. By opening and exposing herself, she showed how depression is actually the height of absence. Emptiness. Yes, she was hard rock. Edgy. Unapologetic. Not for everyone. But her talent cannot be disparaged. She unabashedly captured readers with her words.


“If PROZAC NATION has any particular purpose, it would be to come out and say that clinical depression is a real problem, that it ruins lives, that it ends lives, that it very nearly ended my life; that it afflicts many, many people, many very bright and worthy and thoughtful and caring people, people who could easily save the world or at the very least do it some real good, people who are too mired in despair to even begin to unleash the life spring of potential that they likely have down deep inside.”
Elizabeth Wurtzel


She lived a big life. Sex. Rock and roll. Battled drug addiction and crippling depression on a near-daily basis. Overcame a fragile and unsure childhood. Rose above the black wave that threatened to drown her. Lived with the ridicule so often thrown her way in light of her candor and willingness to share.


In the end, after the shock and awe of her tumultuous life, Elizabeth Wurtzel helped so many people.

“That’s all I want in life; for this pain to seem purposeful.”
Elizabeth Wurtzel
Posted by Marietta Miles at 11:29 PM