Year of an Indie Writer: Week 51

I think we all know what event sucked the air out of everything this week: The premiere of Star Wars: The Rise of Skywalker.

My family and I caught the 6pm showing on Thursday night. The theater wasn't packed, but there was a sizable audience. My one-sentence blurb is this:

"Star Wars: The Rise of Skywalker is a rousing, joyful, exuberant, and emotional film that not only successfully brings to a close the story of one family, over nine movies, and 42 years, but does so in a manner that is both nostalgic and fresh."


I'll have more thoughts after I spend more time thinking about it and seeing it again.

The event also prompted me to write an open thank you letter to George Lucas, because without him, none of this exists.

This "Year of an Indie Writer" series has been a fun experiment. I have one more week, but this will be the last here at DoSomeDamage. The series has changed and morphed over the year, as I expected it would. I didn't do all that I wanted to this year, but that's what 2020 is all about. I also accomplished things I never would have expected. I'm looking at you, Kevin Smith films and the start of a new book series.

It's been a fun year here at DoSomeDamage. We celebrated our tenth anniversary. Hard to believe on some days, but a quick glance at the Blog Archive over there on the right says it all. Man, am I honored to be included among all the writers who have contributed here.

But without readers and the larger community, we're just talking among ourselves.  Thank you, readers, for your continued support, reading, commenting, and the overall community

I gave some thought to what I should do next year as a series--or to leave altogether--and decided I'll keep to the Indie Writer theme with something extra: Detailing how I'll be opening an online bookstore.

Have a safe holiday season, and, on behalf of everyone here at DoSomeDamage, see you next year!

Blindspots.
We all have them. I consider myself ,rather humbly, a connoisseur of crime fiction. I read everything from English drawing room mysteries(even though I still don't really know what a drawing room is) to hard-boiled American noir to intricate Japanese cozy mysteries to the cold and clinical plethora of Norwegian thrillers to....well you get it. But for all my varied bibliography in respect ot what kind and how many books I have read I have to admit I have had a pretty glaring blind spot.
I have not read a lot of LGTBQ crime fiction.
It isn't that I had any type of ridiculous aversion to LGTBQ crime fiction. I honestly wasn't aware of how much was out there and how much I was missing. And since we are being honest here I hadn't really done the work to search it out. I'd read a little over the years. Vermilion by Nathan Aldyne which tells the story of two semi-professional detectives gay bartender Daniel Valentine and unemployed real estate agent Clarissa Lovelace chasing a murderer through the streets of Boston. I'd read a few of the Pharaoh Love novels by George Baxt featuring gay black New York city detective Pharaoh Love. But on the whole my knowledge of a very important part of the crime fiction world was minuscule at best. Both the authors I have mentioned are fine writers and the books they have written are enjoyable and interesting windows into a world that is fascinating when seen through the prism of crime fiction. But if you know me and I feel like by now you do..you know I'm a huge proponent and fan of rural crime fiction.
There is a long and tangled history of queer themes and stories in southern literature going back to Suddenly Last Summer by Tennessee Williams , Dress Gray by Lucien Truscott IV ,even some allusions in the work of William Faulkner.
Kelly J. Ford has bigger cojones than them all.
Full disclosure I met Kelly a few months ago at Bouchercon in Dallas. I was lucky enough to be on a panel with her and so I got to see up and close and personal her brilliant and piercing wit and insights. I ordered her book Cottonmouths immediately after the panel was over.
By the time I got home from Dallas Cottonmouths was waiting on my doorstep.
Cottonmouths is many things. A Southern Gothic crime story. A treatise on the reality of rural living in  a country that continually tries to lie to itself about poverty and race and prejudice. A love story.  And queer novel that treats its protagonists as characters not caricatures.
Cottonmouths tells the story of Emily Skinner. Emily is like a lot of folks I grew up with in my own small southern town. She saw college as the promised land. A balm that would heal the emotional sores that fester in her soul growing up poor in a town so closed off and  narrow minded it might as well be another country. After flunking out Emily returns home and immediately finds herself swimming against the tide of the expectations of her community while struggling to find out who she is and what she is going to do with her life.
Into this existential morasss comes her childhood friend and former crush Jody Monroe. Despite promising herself to keep her distance from Jody time and circumstances force her and Jody together. Jody is the whiskey you know is too strong for you. She's the pecan pie you know is bad for your sugar. She's that ghost pepper that's hot enough to bring tears to you face but leaves that taste behind that you can't seem to forget. We watch helpless as Emily keeps circling around the fire that is Jody. We watch knowing she is going to get burned.
When Emily discovers a meth lab on Jody's property and finds herself as Jody's de facto live in babysitter the various and disparate threads of her heart begin to unravel.
Kelly J. Ford is similar to her book. She is a masterful storyteller, a hilarious raconteur and a fearless woman who refuses to live in any way except truthful to who she is. The writing in Cottonmouths is extraordinary in it's apparent simplicity. The story is fairly straightforward but much like Stevie Ray Vaughn playing guitar what looks simple is infinitely complex. Just like the blues Cottonmouths takes familiar themes of heartbreak, longing and the ever present threat of violence and distills them down until they come out as pure and potent as a mason jar full of corn liquor. Ford adroitly dismantles the hypocrisy that is often the sustenance that feeds the beast that is a small southern town. Where Christianity is a perversion of it's own tenets and  anyone deemed as the "other" is ridiculed and ostracized in the name of Family Values.
When I closed the cover of Cottonmouths I felt like I had been sitting at the knee of a wise sage in blue jeans with a sassy accent that made me proud to be a southerner because only southerners have the insight and courage to stare at our  rolling hills and cornfields  and see the ugliness that lives there along with the beauty and tell the truth about both.
Cottonmouths is available on Amazon and where every fine books are sold. Do yourself a favor and pick it up right goddamn now son
https://www.amazon.com/Cottonmouths-Novel-Kelly-J-Ford/dp/1510719156?author-follow=B01KRXTHEO&

Sticking It to the Man

This will be my last post on Do Some Damage for 2019 -- I'll be back next year -- so I figured I'd wrap up by taking the opportunity to mention a recently released book I'm happy to be part of.  I'm talking about Sticking It to the Man: Revolution and Counterculture in Pulp and Popular Fiction, 1950 to 1980, a book published by PM Press and co-edited by Andrew Nette and Iain McIntyre.  It's the follow up to their 2017 book, Girl Gangs, Biker Boys, and Real Cool Cats: Pulp Fiction and Youth Culture, 1950 to 1980.  While the previous book was about, well, what it's title describes, the new one covers different territory, tracking the ways in which the changing politics and culture of the 1950s, '60s, and '70s were reflected in pulp and popular fiction in the United States, the United Kingdom, and Australia. 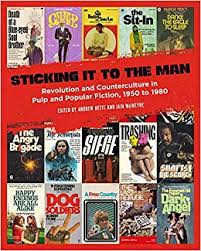 Quite a countercultural melange is covered.  There are pieces on books as disparate as Barry Malzberg's 1970s vigilante novels and the novels that in pulp fiction form portrayed Aboriginal Australians.  Gary Phillips contributes a couple of pieces, one on the archetypes of black male characters in crime novels, another on the mysterious author Roosevelt Mallory, who for Holloway House wrote about the black hit man for hire, Radcliff.  Michael Gonzalez writes about Shaft and Shaft's creator Ernest Tidyman, and Maitland McDonaugh about gay adult pulp of the 1970s.  Authors such as Iceberg Slim, Donald Goines, Joseph Hansen, Alice Walker, Judith Rossner, Brian Garfield, Rita Mae Brown, and Joe Nazel are covered.  Do you like the movie Across 110th Street, with Yaphet Kotto and Anthony Quinn?  This book has a piece on the author of the novel the movie is based on, the New York City television news cameraman Wally Ferris, whose only literary success (indeed, he never had another book published) came from this novel.

I could go on. Sticking It to the Man has much more from a slew of terrific writers, about a wide variety of pulp fiction topics relating to a heady time in the US, Britain, and Australia.  My piece in the book is a detailed one on the crime fiction of Chester Himes.  I look at the Coffin Ed Johnson and Gravedigger Jones books and Himes' standalone novel about a murderous white New York City cop, Run Man Run.  All in all, Sticking It to the Man is a book that I think I can fairly say will keep you reading for days, in whatever order you want to read the pieces, and you'll be sure to discover authors and books you never knew existed.

Also, did I mention all the reproductions of paperback covers that are in the book? There are about 300 in all, covers it's unlikely we'll ever see anything quite like again. 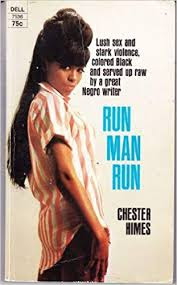 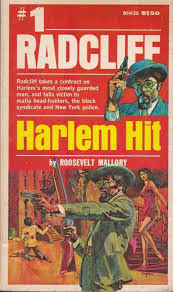 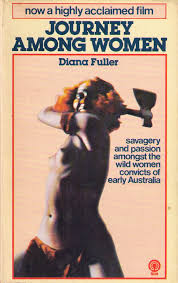 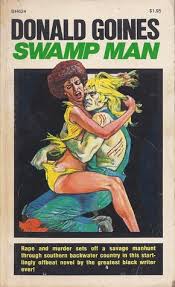 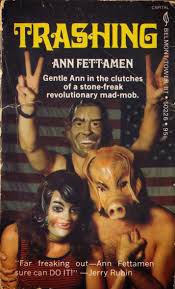 Sticking It to the Man: Revolution and Counterculture in Pulp and Popular Fiction, 1950 to 1980 is a beautifully produced book, and it's available here.
Posted by scott adlerberg at 3:00 AM No comments: