WE SHOULD ALL BE FEMINISTS by Chimamanda Ngozi Adichie

My daughter had a reading list for the summer. While we were able to find all of the books at the library, there was one she wanted to buy and keep. WE SHOULD ALL BE FEMINISTS by Chimamanda Ngozi Adichie. This book made it to the very exclusive “keep forever” shelf.

I read it. Both of my girls read it. Nana read it. 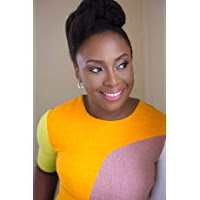 Chimamanda Ngozi Adichie is a critically acclaimed Nigerian writer well known for her first novel, PURPLE HIBISCUS (2003). PURPLE HIBISCUS poetically relates the journey from childhood to adulthood, the fight for new freedoms, the battle between love and hatred, and the clash of old and new ways as told by a young girl living in Nigeria during a brutal military upheaval. The novel received wide critical acclaim and was awarded the Commonwealth Writers' Prize for Best First Book.

Her third novel AMERICANAH (2013), the story of young couple Ifemelu and Obinze as they expectantly escape military-ruled Nigeria for the West only to be separated and pushed into lives of loneliness, racism, and danger, was selected by The New York Times as one of "The 10 Best Books of 2013". Award winning actresses and directors Lupita Nyong'o and Danai Gurira will be working together to bring the book to life on HBO. 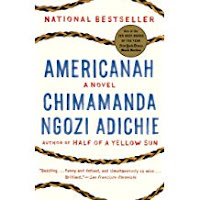 Adichie has also released a book of short stories entitled THAT THING AROUND YOUR NECK (2009), which focuses her storytelling gift on important and intimate relationships between family and friends.

A coveted speaker, she delivered the "Connecting Cultures" Commonwealth Lecture of 2012 at the Guildhall in London. Adichie also gave two lectures on feminism for TED conferences. TED conferences are annual lectures featuring world-renowned speakers such as Jane Goodall, Greta Thunberg, Hillary Clinton, Stephen Hawking, David Cameron, Bill Gates, Pope Francis, and many others that can be freely viewed on the internet.

Chimamanda Ngozi Adichie’s first lecture for TED was "The Danger of a Single Story" posted in July of 2009. In her lecture, she related personal stories of her childhood from a single point of view and then revealed the other stories underneath. She focused on the significance of telling different stories from different cultures and the equal representation that is necessary to form truth. 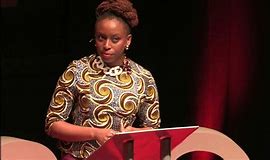 In 2012 she gave her second TED lecture, entitled “We should all be feminists".[56] The lecture has been viewed over five million times and reinvigorated the worldwide conversation on feminism. In 2014 Harper Collins published WE SHOULD ALL BE FEMINISTS.

In WE SHOULD ALL BE FEMINISTS Chimamanda Ngozi Adichie gives readers a unique and far reaching definition of feminism for the twenty-first century. This definition incorporates inclusion and awareness and looks toward equality for all people. A personal recollection and conversation as much as an essay, this book draws heavily on her experiences growing up in Nigeria, her life in the U.S. and her travels abroad.

Adichie puts forth that the fight for equality is a battle all people should fight. The typical, archaic expectations of our girls is prejudiced and suffocating, but our boys are also forced into boxes which are biased and outdated. Harmful. She describes how our treatment of both men and women contributes to a gender divide and by using personal accounts and examples Adichie makes this fiercely deliberated issue feel more familiar and personal.

There has long been a negative stigma attached to the word feminist. WE SHOULD ALL BE FEMINISTS pushes back the narrow definition of feminist and takes on the issue of feminism in the twenty-first century. Adichie rings a hopeful bell and encourages readers to redefine feminism and to work for a world where everyone is equal. This is a relevant, important and necessary essay which everyone should read.

Posted by Marietta Miles at 7:44 AM