Steve Lauden Puts It In A Letter

Today we have a special treat.

Did you know it’s his (belated) birthday?

To celebrate we’re having pizza and root beer over at Do Some Damage so grab your red solo cups and pull up a chair. Steve’s been nursing his A&W and has a few to say to his younger self. 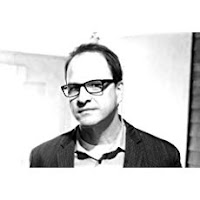 
I know you’re probably busy scraping together quarters to buy another twelve pack of Lucky Lager, but pay attention—this is important. I'm writing you because yesterday was our fiftieth birthday. Yep, we're still alive.


From your vantage point fifty probably seems ancient and, some days, I must admit I still agree, but I'm happy to report that it's not nearly as dull and pointless as we once assumed. If nothing else, life’s exciting simply because it’s so totally unpredictable. What if I told you that Iggy Pop outlived David Bowie? And that The Rolling Stones are still on tour. Now do I have your attention?


I'm sure you've got questions for me, but let's get the basics out of the way first—life's pretty good. We're happily married and have two great kids. We have a challenging job and manage to maintain a comfortable, suburban existence (I know, yawn). Our body seems to be holding up, which is a little crazy considering what we put it through (Lucky Lager’s only the start). We've got less hair and we worry way too much about money and politics, but trust me when I tell you that we're very lucky.


That's the happy news. The sad news is that not all of our friends and family are still around to celebrate this big birthday with us. I won't name names, just make sure to enjoy the time you have with each other. Our life has naturally had some ups and downs, but friends and family have always been there to see us through, and we've tried our best to be there for them too. If nothing else, we've definitely laughed a lot.


By this point I'm sure you're wondering what became of our aspirations and dreams. Well, I’ve got good news and bad news. Good news first. I'm happy to report that we've made a few records, gotten to tour parts of the world, and even managed to publish a few books along the way. Unfortunately, we did all of that without much commercial success. Just know it wasn't for lack of effort, dedication or hustle.


Which brings me to the best news—we're still making music and writing books. In fact, we published our sixth crime book, That'll Be The Day: A Power Pop Heist, a couple of weeks ago. And our latest band, The Brothers Steve, just released a new single through Big Stir Records (with a full album on vinyl scheduled for next month). Did I mention that CDs are dead and vinyl is back? You can’t make this stuff up!

Carolanne - The Video - The Brothers Steve


I know, I know. A fifty-year-old still recording albums and writing books even though he never became famous? I can't blame you for thinking that's lame, but one thing you'll come to realize is that it's important to spend time doing the things you love. What's the purpose of life, otherwise? Sure, plenty of people will look at you sideways when you tell them what you do with your "free time," but it's really none of their fucking business. (By the way, we curse more than ever at fifty, mostly because we don't give two shits what other people think—so you can at least look forward to that).


There are so many other things I wanted to say, but I don't want to ruin any surprises. Just know that If I had it to do all over again, I would. Well, maybe I'd sell a few more records and books, but there's still plenty of time for that. And I might have bought stock in Apple or Amazon when it was still cheap, but otherwise I‘d do it all exactly the same.


I hope you feel the same when you turn fifty too. I’m here to tell you it isn’t so bad. So take care of yourself and try to make the most of everyday. You can start by upgrading from Lucky Lager. Might I suggest Meister Brau?

S.W. Lauden is the author of the Greg Salem punk rock P.I. series including Bad Citizen Corporation, Grizzly Season and Hang Time. His Tommy & Shayna novellas include Crosswise and Crossed Bones. A new novelette, That’ll Be The Day: A Power Pop Heist, was released on June 18, 2019. S.W. Lauden is the pen name of Steve Coulter, drummer for Tsar and The Brothers Steve. More info at http://swlauden.com. 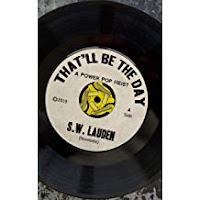 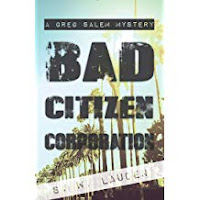 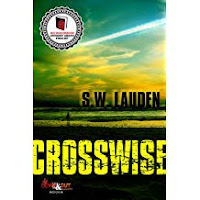 Posted by Marietta Miles at 8:03 AM

Thanks for having me back at DSD! I love this community of writers.