Writing While Trans, Part 3: We Deserve to Be Heroes

Here is the evolution of trans representation in crime fiction created by cisgender people:

STEP ONE: Trans people? Do they really exist? Nah!

STEP TWO: Trans hookers, always good for a laugh (not) or awkward moment.

STEP FOUR: Trans cop or lawyer reunites with former colleagues for awkward laughs. Usually played on TV by cis men with embarrassing dialogue and stumbling around on heels. Lots of misgendering and use of transphobic slurs.

STEP FIVE: Dead trans person, but not a hooker. Look how woke we are! Still lots of misgendering and focus on body parts.

STEP SIX: Wait, is there a step six yet?

And that's in the television arena. I can count on one hand (with fingers left over) the number of times I've read a trans character in a crime novel written by a cisgender person in any of the above scenarios.

There is an assumption that because I'm transgender, I write transgender fiction. That my stories are written for trans people. Nope. Traditional publishers tried to stick me in that box and I walked away and started Dark Pariah Press instead. 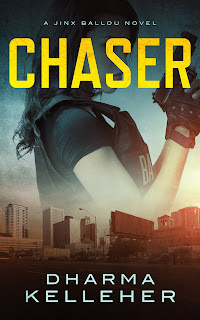 June 2019 marks the 50th anniversary of the Stonewall Riots, when queer people of all stripes (including trans women) fought back against years of police brutality. And while we have made some progress, so much has been pushed back since Trump took office.

I can't stop the horrific actions that Trump and his vile supporters are doing to actively and viciously make life even harder for queer people. Stripping away what few rights and protections we briefly enjoyed. 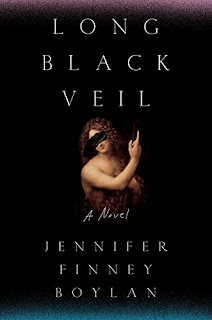 But I will continue to write exciting, balls-to-the-wall, hard-to-put-down thrillers from a transgender point of view. I write them not just for trans people, but for all fans of gritty crime fiction, to give them a glimpse of the realities faced by my community.

And as proof that cisgender people can write fabulous trans protagonists, I also recommend Laurie Rockenbeck's Bound to Die.

So after all that, here is Step Six.

STEP SIX: We deserve to be heroes.

P.S. In honor of this historic LGBTQIA Pride Month, CHASER is on sale for only 99 cents until June 8. Get your copy now!