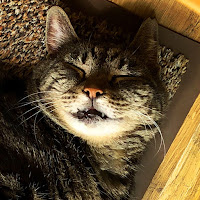 Two weeks ago I posted an appreciation of a series of books I’d loved as a kid.
The three investigators series (or, to give their full name Alfred Hitchcock and The Three Investigators) meant a lot to me and I wanted to celebrate these books that filled my long summers, that I retreated to bed early with in winter and that were my escape from life in general.

The piece was gentle and fond and I felt, at the last minute, that it might be seen as a cop-out. The world, let’s face it, is a dumpster filled with shit, soaked in kerosene and set alight. Fascism is on the rise. Sexism, racism and homophobia are debated in terms that suggest there may be something to actually fucking debate, transphobia is, once again, fashionable, money appears to have won the war, our politicians appear corrupt or compromised, and the gulf between those with power (money) and those without is vast and increasing every single day.

I felt a fraud posting a piece about some out of print books I loved when there was so much else I could be challenging or addressing, and debated whether to just can the post and think of something new.

Which was when one of the editors of this site looked at the piece and opined: “It’s good. I liked it. You should run it.”

And I did. And I am so very very glad that I listened to him and that I ran it, because the response was really quite touching. And by touching I mean I cried several times in the days that followed. Not bitter ‘I’ve been had at by the Trolls’ tears, but really happy melancholic ‘Every time Carrie’s mom convinces me I’m alone the universe conspires to prove to me that I am absolutely not’ tears.

I had tweets, retweets, comments on the post, a surge of signups to my website (derekfarrell.co.uk- join my readers club and get an exclusive free Danny Bird Mystery. <salespitch off>), book recommendations and people sharing their own appreciation for and reviews of the series, and – all told – a real outpouring of love.

And it really touched me. Too much of my life these days is caught up in and by the things I hate, or the things I’m afraid of, and it can feel sometimes like retreating to the comfortable is both dangerous and cowardly, but this week reminded me of some things I wanted to share:

Finding out the thing you love is also loved by lots and lots of random people feels amazing. It actually feels (to be honest) more amazing than finding out you share a foe.

Letting yourself revel in some positivity, some nostalgia, some good old fashioned geeking out is as valid and healing a form of self care as any other.

My rights are being debated on TV like they are things the debating of which is even valid, and at the weekend – on virtually the first day of Pride month - a British politician – who’s party recently polled over 30% in European elections – suggested that Science might one day be able to come up with a solution for the problem of Gays.

Imagine that. Imagine people openly debating whether slavery had some valid points; whether people of colour have too many rights, whether women are too independent and might benefit from a more patriarchal society.

Actually, scratch that: You probably don’t need to imagine it, cos you’ve probably heard those debates, those ‘we have to give every crazed bigot equal air time like their bullshit is of equal value to basic human decency.”

So: discovering that there is positivity out there, that there is commonality, that books I loved are a unifier with people I would never imagine I have a link to, and that my passion is reflected back was, for me, a hugely positive and reaffirming thing.

There’s no lesson here (it’s not the Waltons, folks). I just wanted to keep the joy going a little longer and remind everyone that loving what you love shouldn’t be a guilty pleasure. Celebrate it.

(And the cat? The cat’s not even my cat. I’m not even a cat person - I’m much more dog.  She belongs to a neighbour, but she comes to my house and sits with me when I read or when I write. She lets me pet and play with her. She takes great joy in shredding my forearms and pretend-sinking her fangs into my calves if I’m wearing shorts; and she’s here because she reminds me of the value of loving the moment, of slowly and deliberately getting your doze on in any spot of available warm sunlight and knowing when to stop play-fighing and sink your fangs into something worth sinking them in to).

Derek Farrell is the author of The Danny Bird Mysteries which have been described as “Like Will & Grace meets AbFab. With Bodies,” “Like MC Beaton on MDMA,” and - by no lessan expert than comedy genius Eric Idle - as “Quite Good.”
The books are available on Amazon or direct from the publisher here (where each paperback comes with a free EBook download).

Posted by Derek Farrell at 6:45 AM

I have long come to the conclusion that there are no guilty pleasures. If it makes you happy, there's no reason for guilt. Thus, I love what I love and enjoy what I enjoy, and I'll defend anything, even if the defense is "I just like it." And, the older I get, if a thing makes me feel something--joy, exhilaration, empathy, sadness, etc.--then it's good.

Derek, I was one who responded to your post and I'm not surprised at all by the many responses you say you received. It was a positive salute to a strong influence in your young life - and yes, it was nostalgic. No one should regret that. Think about the fact that you (or anyone for that manner) would even begin to feel guilty about that? It doesn't mean you don't recognize the ills of this world, doesn't mean you don't care or feel strongly about societal and political issues, doesn't mean you're blissfully sticking your head in the sand while others suffer...no, it simply means you took a moment to remember and share something good from your early life. It should be done from time to time because as you said it did, and does, your heart good. It does the same for other hearts. So if doing that kind of positive thing means being guilty of having no conscience and not caring, then I guess I'm in real trouble - and so are a bunch of other folks. Thanks again.