I hear it time and time again in talks on how to market as an author. 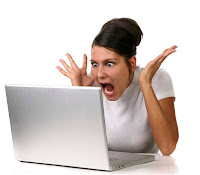 "Don't talk about politics on social media because it can alienate potential readers."

Of course, this advice invariably comes from writers who are white, cisgender, and straight--people whose existence and identity are not already politicized. They're going after the "everybody who reads my genre" market.

The advice is well-intentioned, but for those of us in marginalized communities who have to fight for our right to exist, whose identities are already politicized, it simply doesn't make sense. In fact, it can be counter-productive.

Science has proven I didn't choose to be who I am. Nor was it my choice for politicians and political parties to viciously and relentlessly shame me for existing, spread misinformation about my community, and pass laws that make it more difficult for people like me to hold a job, get ordinary medical care, or use a public restroom.

So with all that, do you think I'm worried about alienating these same people as potential readers? Here's a hint: the protagonist of one of my series is a lesbian outlaw biker. The other is a transgender woman working as a bounty hunter. The bigots are not my target market.

As I said before, I understand the intention behind the marketing advice. Time and time again a writer or bookstore owner or small press publisher will say something that riles people up, which then impacts said people's business.

Let's take for example, the kerfuffle over Mystery Writers of America's plan to award Linda Fairstein the Grand Master Award. Turns out that "as the head of the Sex Crimes Unit, Fairstein was instrumental in the wrongful conviction of five black teenagers accused of raping a white woman jogger in Central Park in 1989," according to an article in the LA Times.

The announcement of the award drew an outcry from MWA members and other crime fiction authors who didn't want to reward someone involved in a shameful, racially-motivated miscarriage of justice. The MWA rescinded the award.

That decision also drew criticism. Otto Penzler, owner of New York's Mysterious Bookstore, wrote that the MWA's decision to rescind the award was the result of "the small coterie of frightened sheep caving to political correctness." Barbara Peters of Scottsdale's Poisoned Penn bookstore called MWA's withdrawal of the award "caving to the mob rather than standing by its decision." Yes, the "mob" of people who oppose rewarding a prosecutor who coerced confessions from black teenage boys.

You can find more details about what happened on a post from Shelf Awareness.

A lot of crime fiction authors I've spoken with have been appalled at being called "frightened sheep caving to political correctness" for speaking out against racism and abuses by police and prosecutors. Penzler's and Peters' statements are what the advice at the top of this post was intended to curtail.

But the problem isn't that their statements are political. The problem is that such comments are just wrong. They discourage speaking out against injustice. They support the white patriarchy's ongoing abuses of power against minorities. And sadly, the marketing advice of "don't be political on social media" only encourages that silence. Don't rock the boat. Don't speak out. Just pretend it's all okay.

Better marketing advice would be "don't be a jerk on social media." Don't be mean. Don't attack vulnerable people in marginalized communities. Don't be a racist. Don't be queerphobic. Don't be a misogynist. Don't spread lies and misinformation. And don't defend people who do. But do speak out against injustice, cruelty, and bigotry.

I will leave you with this quote from human rights activist Ginetta Sagan, "Silence in the face of injustice is complicity with the oppressor."

PREACH! The same people telling us to shut our mouths and just post nice fluff about books are the very first ones to take umbrage when their shit is called out.
Thanks for sharing this. Dx