There Ain't No Party Like an Otto Penzler Party

The tweets and Facebook posts are from Otto Penzler's The Mysterious Bookshop's 40th Anniversary Party.* The event happened on April 23, 2019.

The text is from a letter written by Otto Penzler to the Mystery Writers of America's Board of Directors. It is from December 2018.† 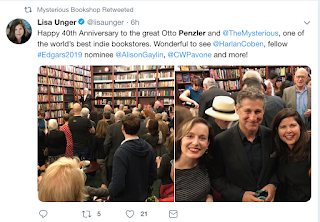 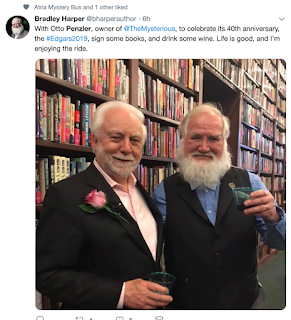 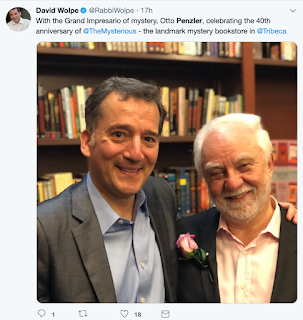 "Her [Cha] stupefying ignorance did not, however, prevent her from having powerful opinions. " - Otto Penzler 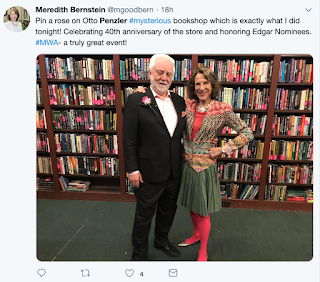 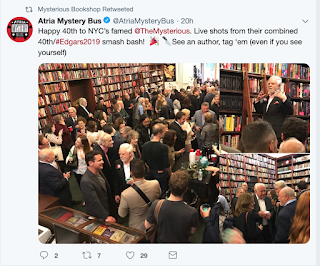 ", , , a tweet sent by Locke, in which she claimed that Ms. Fairstein was “almost single-handedly responsible for the wrongful incarceration of the Central Park Five,” which is neither true nor credible to anyone with even a fundamental understanding of police procedure and the legal system." - Otto Penzler 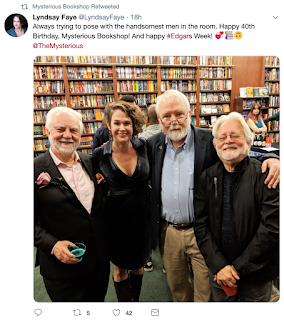 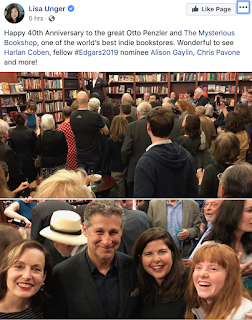 "For many years, I have welcomed the celebration of the incoming board with a party at the Mysterious Bookshop. The board does not deserve a celebration of any kind, and it would be hypocritical of me to host one. You are no longer welcome in my bookshop." - Otto Penzler 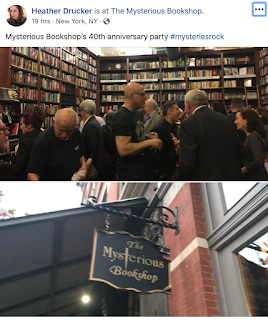 * Let's not kid anyone, that was an Edgar Party too.
† You can read the pdf version.
Posted by David Nemeth at 2:00 AM

Email ThisBlogThis!Share to TwitterShare to FacebookShare to Pinterest
Labels: Diversity, Edgar Awards, Everything's Fine, Nothing To See Here, Otto Penzler, The Mysterious Bookshop, This Is How I Imagine The Titanic Minutes Before It Struck the Iceberg

How does Otto get more doughy every year?

Surprised at a couple of the people who showed up to genuflect in those pics, especially one of the people. But can't say I'm too shocked at the others. They don't give a flying fig about other women or people of color. Bow down to Otto. Sheep.