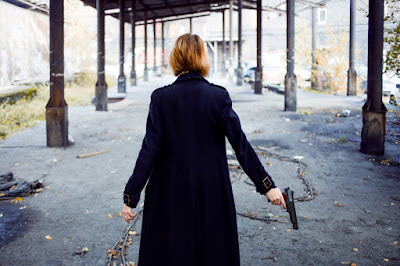 I'm proud to announce that in this summer I will be organizing four Noir at the Bars to be held at Stoney's Pub in Wilmington Delaware. The Summer of Noir series will be held on four separate nights of May 19th, June 9th, July 21st, and August 18th. These Sunday night Noir at the Bar events will begin at 6 PM and end 8 PM. The Summer of Noir series will give between 24 and 28 different writers an opportunity to read their best short fiction in front of an audience thirsty for dark crime fiction and British beer.

And you guessed it, we are looking for writers to read during the Summer of Noir series. One of the great things about Stoney's Pub in Wilmington, Delaware is that is located just off of I-95 and is about 2 hours from New York City, Washington, DC, and the Delaware beaches. By having the Summer of Noir series on a Sunday night this will hopefully allow non-Delaware writers the opportunity to come and read.

If you're from the Delaware area and you don't know what the whole Noir at the Bar thing is, come out to Stoney's on April 15th when I'll be putting on a Noir at the Bar which is part of Ed Aymar's infamous Noir at the Bar Crawl.  The Wilmington Noir at the Bar, which begins at 7 PM, will be hosted by Meghan Burns and have readings by Jason Beech, Robin Hill-Page Glandenm, Jeff Markowitz, Joanne M Reinbold, Chris Rhatigan, and myself.

As I mentioned earlier, I'm looking for between six and seven readers for all four nights this summer.  Reach out to me via email (david.nemeth@gmail.com) or on Facebook or Twitter. All spots are currently open, so please reach out to me. Stoney's Pub is a great place to bring the family to eat and are very supportive of hosting the Noir at the Bar events.
Posted by David Nemeth at 7:17 AM