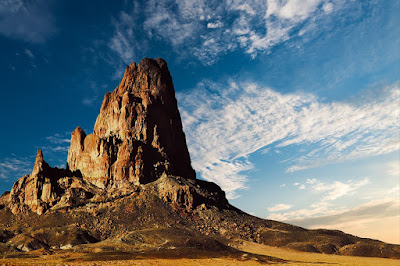 Like everyone, I have gaps in my reading, one of those gaps is Westerns. Given the long relationship between Westerns and Crime Fiction and that I've loved Western movies, I've put together a To Be Read list of Westerns. You'll notice that my view of Westerns is more than cowboys and I limited the list to books published last century.  Any thoughts or suggestions would be appreciated. 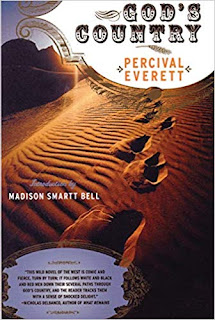 "The Ox-Bow Incident" by Walter Van Tilburg Clark (1940)
I read this in high school which was a long time ago.

"Love Medicine" by Louise Erdrich (1984)
Read in college. Not as long ago as high school, but long enough that it'll be new to me.

"God's Country" by Percival Everett (1994)
Described as "a wonderfully strange and darkly hilarious brew of Kafka and GarcÌa Marquez, of Twilight Zone and F-Troop, with cameo appearances by Walt Whitman and George Custer thrown in for good measure." I'm sold.

"Riders of the Purple Sage" by Zane Grey (1912)
The first Western and he lived up the river from me. 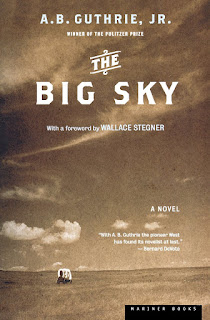 "Warlock" by Oakley Hall (1958)
Considered a classic. Thomas Pynchon loved this book, but I won't let that deter me.

"The Assassination of Jesse James by the Coward Robert Ford" by Ron Hansen (1983)
It's either this or "Desperadoes" (1979). Probably both.

"The Man Who Shot Liberty Valance" by Dorothy M. Johnson (1953)
Okay, this is a short story, but I loved the movie. Johnson also wrote another short story that was made into a movie, "A Man Called Horse" (1952). Decisions.

"The Fast Red Road: A Plainsong" by Stephen Graham Jones (2000)
Not the previous century, but Jones is someone I need to read. 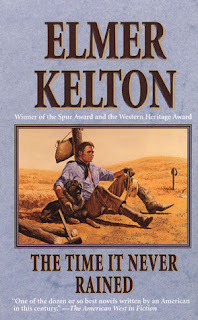 "The Time It Never Rained" by Elmer Kelton (1973)
Another classic that's on everyone's lists.

"Hondo" by Louis L'Amour (1953)
This L'Amour book is on all the lists even though it's a novelization of a film based on his short story "The Gift of Cochise" (1952). Maybe I'll read the first Sackett book instead.

"Nightland" by Louis Owens (1996)
Crime fiction by a Native American. 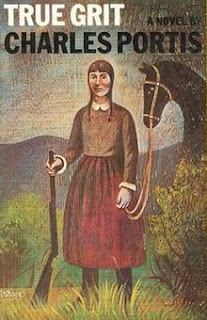 "Yellow Back Radio Broke-Down" by Ishmael Reed (1969)
I did not know this book even existed.

"The Shootist" by Glendon Swarthout (1975)
Another book, another movie.

"The Virginian" by Owen Wister (1902)
Still trying to figure out how this is a Western.

"Riders to Cibola" by Norman Zollinger (1977)
Showed up on several lists.

I can't say that I enjoyed Riders of the Purple Sage but it's anti-Mormon theme is not what you'd expect in a western and I think you can say that Zane Grey has helped define the western genre. I read it as an artifact in the history of the western genre.

Blood Meridian, dear god this is an unrelentingly brutal book book with truely evil characters. This is supposedly McCarthy's masterwork and a great American novel. I recommend it but brace yourself.

True Grit is a fun little novel. You should read it if for no other reason than to see what the two films did with the source material. For example, I don't believe Rooster wears an eye patch in the book. It's a quick read and I periodically either read it or listen to the audio book.

I read Shane and enjoyed it but my memory is entirely colored by the great Alan Ladd film.

I know that The Virginian is supposed to be an iconic western and Wikipedia says it's "the first true fictional western ever written" but I've never gotten beyond the first chapter. It does give us the oft parodied line “When you call me that, smile!"

When in my teens I was a great fan of Paul Wellman's westerns, such as The Comancheros which was later a John Wayne film of the same name.

Mack, I'm worried about some of the older books like PURPLE SAGE, Cather, and THE VIRGINIAN. I'm unsure if I'll be able to make it through them.

Purple Sage isn't particularly good and I wouldn't put it high on my list unless I was looking at the history of the western.

I've had The Virginian on my Kindle for 10 years and haven't progressed past the first chapter and searching for the “When you call me that, smile!" quote. It's kind of like trying to read golden age mysteries today, the style of the writing can be difficult to wade through. It wouldn't be high on my list except for the same reasons a Purple Sage, ie this is where the genre started.

Hope you'll read Blood Meridian. I'll be interested in what you think. It certainly isn't your average adventure read. There has been interest in a film version but can't imagine it except in a "not rated" version.

This is a good list. I’ve read several of these with varying results.
The Ox-Bow Incident was okay till near the end when the author beats the reader over the head to make sure he gets the point.
Deadwood is a true gem of a book.
I had a similar problem with Riders of the Purple Sage as Mack did. The story is okay, but it’s too much an anti-Mormon screed.
Hombre may be Elmore Leonard’s best book.
Blood Meridian was one of the most unpleasant reading experience I ever had. I can understand why some people swear by it, but be advised in advance, this book is at least as harshly written as Ellroy’s The Cold Six Thousand. There’s no middle road here. You’re likely to either love it or hate it.
Lonesome Dove is a masterpiece, though the writing seems a little flabby on repeated readings. (At least five for me.)
True Grit is a joy to read, as are all of Portis’s books. Already read it three times and will again when I get a chance.

If you can find the anthology "The Western Hall of Fame" edited by Bill Pronzini and Martin H. Greenberg it will give you a good overview of the Western genre. Some of the most prolific early western authors are Luke Short, Max Brand, Ernest Haycox. If you're easily offended by the old way of looking at Indians you might want to skip Max Brand. Dorothy M. Johnson is the writer for a real look at Indian culture. She wrote "A Man Called Horse" and it is nothing like the movie version.

Also agree with Dana aobut Lonsome Dove. Love it and the series.

Now I have to find Leonard's The Cold Six Thousand. Thanks Dana.

Reading Blood Meridian now. I get Dana's observation regarding it, but once into the rhythm of the language, I find it a totally compelling classic.