In 1948 The New Yorker published Shirley Jackson’s short story “The Lottery.” After years of anger and confusion regarding the story, “The Lottery” became one of the most important and recognized narratives in American Literature, eventually, thankfully, brought into the classroom as curriculum. Stephen King and Richard Matheson cast Shirley Jackson, “The Lottery” specifically, as influence in their craft.

“The Night They Missed the Horror Show,” by The Godfather of American-Fiction, Joe Lansdale, won a Bram Stoker in 1988 and made NPR’s top 100 Favorite Horror Stories in 2018, thirty years later. Mr. Lansdale’s brutal, in-your-face take on rural horror placed a red-hot spotlight on racism and misogyny; dragging the reader along for the ride on the horrible night, making them complicit, and playing with their emotions like a cat with a mouse.

“The Yellow Wallpaper.” "The Reunion." “Where Are You Going, Where Have You Been?” “A Good Man Is Hard to Find?” “The Body.”

Short stories and flash fiction can send you into melancholy, make you laugh, and frighten you into insomnia just as a novel might. Within those few, but busy pages there is social commentary and personal tragedy or transcendence. They stake a claim in American Literature. Yet, these days it seems that publishers and readers alike are only interested in full length novels, and the longer the better, but, with luck and open minds, we may be entering a golden era of short stories.

Short-form fiction can benefit greatly from the continuously evolving digital age. Back when the only market was the paper market a short story or flash piece would not be cost-efficient to publish and distribute and short story collections were often only for the most popular writers. With digital publishing, length becomes less of an issue. Kindle. Kobo. Nook. Readers can discover new writers or new shorts by favorite authors by looking online.

Authors can also reap great benefits from changes in how we create and publish. It’s important for a writer to learn how to complete a story. Exposition. Action. Climax. Fall. Resolution. Shorts afford more opportunity to begin and complete a story. As well, submitting shorts and flash is also great practice for submitting a full-length manuscript. Publishing with online magazines can help build a following and offers advice and tips from talented and respected editors.

Out of the Gutter Online
Two of the most prolific short story writers in our growing community, Bill Baber and Beau Johnson, share their thoughts on the future of online magazines. 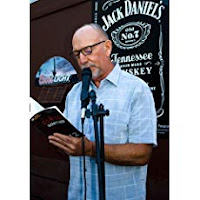 Bill Baber has had nearly fifty crime stories published and his stories have recently appeared in Rogue from Near to the Knuckle, Hardboiled Crime Scene from Dead Guns Press and Locked & Loaded from One Eye Press. His 2014 short story Sleepwalk was nominated for a Derringer Award. He has also had several poems published online- two of which garnered Best of the Net consideration- and in the occasional literary journal. A book of his poetry, Where the Wind Comes to Play was published by Berberis Press in 2011

When I want a quick read more often than not, I’ll jump on line and go to one of my favorite e zines. With the exception of one, they publish crime fiction. And that one started out in that genre and sometimes still leans that way.

For emerging writers- and established ones as well- they are a great place for your work to be seen. I write as a hobby. I have sold a few stories over the years to print anthologies, but the total amount wouldn’t pay the bar tab on a good Saturday night.

So, in no particular order, here are some of my favorites. And for the record, they are favorites because they have been good enough to publish my stuff!

I will always have a soft spot for Out of the Gutter. They published my first crime story almost ten years ago when Rey Gonzales was the editor. (Whatever happened to him?) I learned a ton when Joe Clifford and Tom Pitts were running the site and will always be grateful for their support and encouragement.

To me, Shotgun Honey still reigns supreme when it comes to short crime fiction. I was ecstatic when I had a story there. Ron Phillips is a prince and I still love him and the staff even if my recent subs have gone 0-23 there.

Since its inception, Near to the Knuckle has published cutting edge stuff. Rarely do I read anything there I don’t dig the hell out of.

For a long time I was intimidated and afraid to submit to Yellow Mama. The variety found there- both poetry and fiction is amazing. And if you know Cindy Rosmus you know what a sweetheart she is!

Spelk started out as a crime zine but has morphed beyond that. I love it because Gary Duncan and Cal Marcius have given me the opportunity to have stuff beyond crime fiction a home.

There are great sites that are no longer with us like Pulp Modern, Powder Burn Flash, and The Big Adios. But some great new ones have risen from the ashes. Dead Guns Press has been reborn and is always worth a look.

Story and Grit leans toward Southern crime and the stories are always entertaining.

Paul Brazil has recently launched Punk Noir which is a treat and includes content beyond fiction. I was chuffed (as he would say) when he asked me to contribute a story.

Again, these sites all feature great writing and give readers the opportunity to discover new writers.

If you are looking for quick, entertaining reads and you aren’t familiar with these sites or haven’t visited in a while, check them out. I guarantee you’ll find something you like.
Look for upcoming stories of mine at Out of the Gutter and in the February issue of Yellow Mama. And here’s one from the gone but not forgotten Thrills, Kills and Chills. 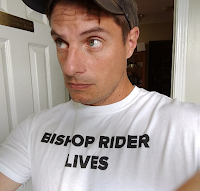 Beau Johnson lives in Canada with his wife and three boys. He has been published before, usually on the darker side of town. Such fine establishments might include Out of the Gutter Online, Spelk Fiction, Shotgun Honey and the Molotov Cocktail. Besides writing, Beau enjoys golfing, pushing off Boats and certain Giant Tigers. His follow up to A BETTER KIND OF HATE, a collection of dark stories featuring loose-cannon Bishop Rider, THE BIG MACHINE EATS was released in November of 2018.

I like to write. When I’m not dreaming up scenarios and the body parts I will need to separate from people in order to achieve these goals, I like to read. I approach this in many ways. In book form. The city papers. But I also have some favourites that can only be found online. Ones which incorporate both short stories and flash fiction. They are, in no particular order, as follows:

1. Spelk ---an online mag from across the pond. In under 500 words or so, you can be sure each story is not the same. Some are light, some are dark, with many of them being a mix of the two. Better yet, they can be read in the amount of time you are pretending to still poop. Birthed by Gary Duncan, it is now spear- headed by Cal Marcius. Good stuff. Check ‘em out. Washing your hands first, of course.

2. Shotgun Honey---home of the famous Gauntlet! Run with an iron fist by Ron Earl Phillips, he and his three editors (this incarnation of the big G now consisting of Nick Kolakowski, Renee Pickup, and Hector Acosta) set the bar high and I myself have failed to make the jump on many occasions. They get the dirt though, and it’s not often I miss a story when they publish. If you like it tight and you like it to hum, this is the place to be.

3. Out of the Gutter Online---I might be a bit biased with this one, as it’s where I got my start. Joe Clifford and Tom Pitts ran it at the time, and as I have said many times before, I owe them both for the path I am now on. The Gutter has been in the hands of Hector D. Junior and Rob Pierce for quite sometime now, but nothing has suffered in the exchange. Tight dark tales can be found here, usually with revenge in mind.

4. Story and Grit---Good stuff can be found here as well, and more people should be tuning into what Mark Westmoreland is putting out here. I know the sign says “stories with a southern twist” but that is not always the case. He picks the goodins, folks. Give his mag a try.

5. The Molotov Cocktail---a projectile for incendiary flash fiction. I can’t put it much better than that, and Josh Goller has been putting out consistent content for years. Compact punches to the jaw that at times will not let up. On top these stories, they also run quarterly contests and post them between regular issues. More bang, as it were, for your free online buck.

6. Punk Noir Magazine-- relatively new, Paul Brazill is posting some great stories, including short, flash, and micro. He also has reviews and author interviews for those so inclined. A hodgepodge of carrying ons, Punk Noir Magazine is a great addition to the online content available to all.

Anyway, these are just five of the places I frequent. There are many more, sure, but I think I’m supposed to leave room for Marietta to name a few. That being said, there is a washroom with my name on it and I’ll have you know a new Shotgun Honey piece just came out! What? Man’s gotta get his ideas from somewhere.

See you when I see you,
Beau.

Spelk
Posted by Marietta Miles at 9:22 AM

Great sites. Thanks for sharing.

It's important to support the sites and mags that publish short fiction.

If 10% of the people who submit stories to short fiction sites/mags would buy the mags and support the sites, then we'd have many, many more sites/mags out there.

Posts such as this help point us in the right direction. Thanks

Good stuff. Thanks for the mention.

Short stories are tough. They require a very specific skill set that sharpens you as a writer. I enjoy the challenge.

Some great stories here. I love writing short stories, I need to get back to it after edits are done. I mostly wait for anthology invites these days, but I will get back to submitting.
What Steve said. I subscribed to Down & Out, Mystery Tribune, The Strand, Ploughshares, Tin House, bought Econoclash.

Angel Colon is a master of the short story.

Nice to see. You typo the O'Connor title: "A Good Man is Hard to Find" wasn't a question.

Don't forget Tough. I publish many of the in-between stories you may find difficult to publish elsewhere. I love a 1500-2500 word piece.

Agree on that Angel Colon comment, but also, Tom Pluck is very good. But of course I could go on and on on that note. There are so many great short story writers out there.

Shotgun Honey remains a favorite for me. Some of my first stories were published there, and I'll always be grateful.