What The Hell Is Punk Noir Magazine?

Paul D. Brazill quite possibly cements his place as one of the hardest working writers in crime fiction with his latest creation, Punk Noir Magazine. Paul stops by and tells us all about it. - David Nemeth 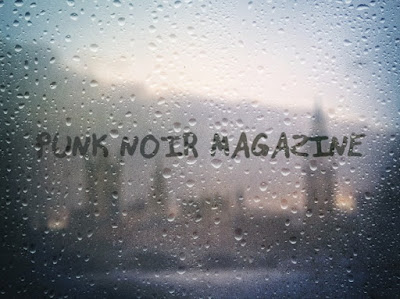 I started blogging around 10 years ago, mainly inspired by Cormac Brown’s late lamented blog. My blog called You Would Say That, Wouldn’t You? And it was fun. Around the same time I started reading flash fiction sites like Six Sentences and Powder Burn Flash. And I even started submitting yarns to those sites. Which was nice.

After a while, I had a few books published and moved over to Wordpress from Blogger. The focus then seemed to me more on pimping my own stuff than blogging. Which wasn’t as nice.

I sort of lost interest in the blog, checking its stats every now and then, posting less and less frequently. When I did check, I saw that by far the most popular post were guest blogs, such as Alan Savage’s interview with The Sweet’s singer Brian Connolly and Sabrina Bramble’s piece on Gloria Graham. I got to thinking about collecting the guest blogs together, somewhere or other. And then Pulp Metal Magazine - which combined fiction with non-fiction went on a -possibly permanent- hiatus . . .

So I came up with the idea of Punk Noir Magazine – a sort of alternative arts and entertainment ezine. The first thing I did was upload a load of the guest blogs from my own blog. And then I asked some friends- ok cronies- to contribute. And they did.

And what have we got at Punk Noir Magazine, you might well ask?

I’ve so much stuff lined up that I won’t be opening up for submissions officially for a while but if anyone has something they’d like to send then fire away!


Bio: Punk Noir Magazine editor Paul D. Brazill’s books include Last Year’s Man, A Case Of Noir, Guns Of Brixton, and Kill Me Quick. He was born in England and lives in Poland. His writing has been translated into Italian, Finnish, Polish, German and Slovene. He has had writing published in various magazines and anthologies, including The Mammoth Books of Best British Crime.
Posted by David Nemeth at 3:00 AM