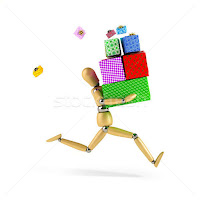 
Perhaps the growing consumerism surrounding the holidays is not your cup of tea. I see the sentiment, but the fact remains; money is an important cog in the machine. It can change the quality of care PopPop receives in his golden years or affect the quality of the people who run our government. Money can be an equalizer.


The chance to make money evens the playing field for many people. It’s their door to greater opportunity. Because of this, the number of females and minorities starting their own businesses is increasing.


According to The Michigan Chronicle, ninety percent of small business currently operating in downtown Detroit are owned by minorities and more than 75 percent of those are specifically owned by women. As well, The Department of Labor states that almost all (99.9%) of women-owned businesses are considered small businesses.


Gainesville, Florida has seen a tremendous growth in minority-owned small businesses, progressing from only 20 stores in 2013 to 300 in 2017, said the city’s Small Business Administrator.


The future is looking brighter for minorities and women hoping to start their own business, but the change is coming slowly. TIME magazine reported, "twenty-nine percent of all small businesses were owned by minorities in 2012, but just over 10% of total sales revenue went to minority-owned businesses. Lower revenues of companies owned by women and minorities means that there’s fewer dollars left to pay employees, which can keep those businesses from advancing and growing."


People of color face unemployment at a much greater rate than whites. Gender and race gaps still plague wage equality. However, despite fierce challenges such as the inability to access start-up capital and a lack of network support, creating a small, community-based business might shrink economic divide and bring money and jobs to where both are most needed.

Posted by Marietta Miles at 6:32 AM