How Eating Black Licorice Made Me A Better Writer 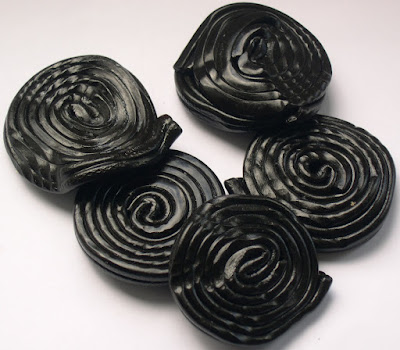 I tried last year and failed. There was no planning or commitment of time. I had only a few notions of where scenes would go. It had no chance whatsoever of succeeding. I told myself this year would be different, this year I would plan ahead for the National Novel Writing Month (NaNoWriMo). [Builds up inner-Milhouse enthusiasm]

For some reason, peeps have got real issues with NaNoWriMo. Hell, even a writer I like a lot tweeted a few weeks ago questioning the value of "spurting a couple thousand words." NaNoWriMo might not be everyone, that's cool, but it is for those of us who need the slight nudge or big shove into getting the habit of writing EVERY day. Steve Weddle wrote here last year, "Other folks will say 'I think NaNoWriMo is dumb.' Fine. Whatevs. I dig candy corn. Other people like Air Supply. So what?"

A few years ago, Chuck Wendig wrote some thoughts for those participating in NaNoWriMo and he had some words for those who despise NaNoWriMo:


Professional authors — perhaps unfairly — sometimes look at the program with a dismissive sniff or a condescending eye roll. Look at it from their perspective: NaNo participants might seem on par with tourists. Professional authors live here all year. We are what we are all the time. And then others come along and, for one month, dance around on our beaches and poop in the water and pretend to be native. The point is, don’t act like a haole, haole. Don’t be like that girl in college who kissed girls and called herself a lesbian even though she was really just doing it to get other guys hot under the scrotum collar. And pro authors, don’t act like prigs and pricks, either. Drop the dismissal. Most of us are all trying to share the same weird wordmonkey dream, and that’s a thing to be celebrated, not denigrated.

The main reason why I am participating in NaNoWriMo is that I'm a perpetual revision writer. That opening scene has got to perfect or I can't go on. It would not be an exaggeration to say that two pieces of flash fiction, some 1,400 words, took easily over 10,000 words to write. I've got a problem. For me, NaNoWriMo is about pushing through, getting to the end of a book. Write a scene today and forget about it tomorrow. 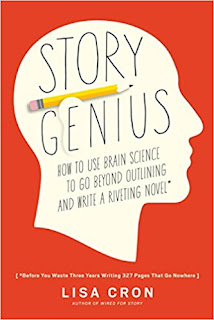 So how did I prepare for this year? I spent August through October thinking about what I was going to write. Not a lot of good thinking, but thinking. I read Lisa Cron's "Story Genius" and listened to several old episodes of "Writing Excuses". Cron's book is heavy on the importance of understanding who your characters are. Cron is convinced the plot can develop from this. I found the book helpful in just getting me to think about the mechanics of writing again.

Weddle is a fan of the "Writing Excuses" podcast and I am now one too. Hosted by Mary Robinette Kowal, Brian Sanderson,  Howard Tayler, and Dan Wells, the weekly 15-minute long podcast focuses on writing. Though these folks might be from the science fiction/fantasy genres, most of their ideas about writing are portable to any style of writing. Even their podcasts about worldbuilding I found instructive: how is my town physically structured, where does everyone work, what's the racial divide of the city, who has the power, who doesn't. From my reading, I know too many writers who put no thought into their setting of their stories. Oh, and what I feel is probably most important, I wrote an outline . . . or should I say I wrote notes about different scenes for the book? Yeah, I have those notes this time around.

I also announced that'd I'd be participating in NaNoWriMo. The wife knows, you know, and even my office knows as it's been cleaned up for this month. Importantly, I found the time. Sadly, I won't be doing the Incident Report this month as those 8 to 12 hours a week are going to be key for me to sit my ass down and write.

At the end of November, my plan is to have written 60,000 words, NaNoWriMo's standard goal is 50,000 words or about 1,667 words per day. I started a few days earlier than Nov 1st and my daily writing goal is only at 1,764 words per day. And what am I going to have when I'm done? Most likely, all I'll have a trunk novel and a poorly written one a that. But by December 1st, I will have written a novel.

Email ThisBlogThis!Share to TwitterShare to FacebookShare to Pinterest
Labels: NaNoWriMo

Chuck Wendig has a wonderful thread about NaNoWriMo, the writing process, and outlining. You might want to read that instead of this.