I met Roger at a mystery conference a while back and we’ve been running into each other at similar events ever since. I always enjoy hearing about what’s happening with his police procedural series, which features Baton Rouge homicide detective Wallace Hartman. I love Wallace--a great, complex fully realized female protagonist--and since the second book in Roger’s series came out this past week, I thought now would be a great time to ask him to share how he’s taking his character forward in this next adventure. - Claire 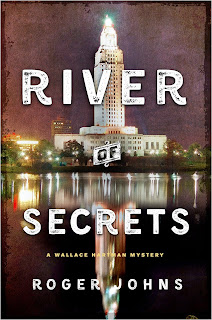 When I conceived of the idea that eventually became Dark River Rising––the first Wallace Hartman Mystery––I wasn’t thinking in terms of a series. Only after I had completed the first draft did it dawn on me that my main character might have legs.
As much as I liked the idea, there was a touch of anxiety to go along with it. I had no idea how to keep a character fresh across a series of books. In non-series fiction, this is not a problem because the story and the character’s personal journey end at the same place––the final page of the book. But a series character without further room to grow becomes flat and uninteresting.
The solution to this problem, as illustrated in the books of accomplished series writers like the late Sue Grafton, is to have a character’s personal evolution occur very slowly while confronting her, in subsequent books, with the consequences of decisions she made in earlier books.
Understanding this killed off most of the anxiety and raised some interesting possibilities. I would let Wallace wrestle with decisions about things important to her that would also be important to most readers: family difficulties, personal emotional challenges, a romantic entanglement. And because she is a police officer, her profession would continue to shape her from book to book.
Wallace is a homicide detective who lives and works in Baton Rouge, a Southern capital city that has an interesting, sometimes dangerous vibe. Her work is intense, and it has positive and negative effects on her. Leaving her vulnerable to the negative effects has been the hardest part for me.
After two or three drafts, during which she seemed to effortlessly conquer all, while barely suffering a scratch, I realized I was thinking of her as nearly indestructible and superhuman. This was a mistake. Instead of making her appear powerful and capable, I had accomplished just the opposite. She looked unrealistic, almost cartoonish. Perhaps a consequence of the hundreds of superhero comic books I read as a youngster.
I should have known better. When, as a reader, I come across characters with seemingly infinite physical and mental capabilities, I stop taking the story and the characters seriously. Lesson learned: In the interest of realism, I would let the clash between the rigors of her profession and her innate resilience define her, rather than subject the reader to a contrived personality.
In the second book, River of Secrets, Wallace is dealing with two significant decisions she made in Dark River Rising. In the earlier book, Wallace emerges from a years-long period of self-imposed emotional exile that came in the wake of her husband’s death, something she feels responsible for because of a mistake she made. This transition plays out in the context of a romantic relationship that she didn’t anticipate.
But, as the reader will see in book two, this part of Wallace’s life proves to be a continual challenge. The demands of her professional life are often at odds with the demands of her personal life, and her struggle with these competing forces illustrates the importance of communication and forgiveness, and shows just how touch-and-go some parts of life can be.
Also in the Dark River Rising, Colley Greenberg, Wallace’s first partner when she became a detective, has been permanently sidelined with serious health problems. His abrupt departure from the police force propels Wallace toward a mindset of antipathy toward having a new partner because Colley was also her friend and mentor, and a new partner signals the finality of Colley’s exit, something she’s not ready to accept.
In River of Secrets, Wallace’s antipathy morphs into a low-level hostility toward her new partner which is aggravated by this new partner’s abrasive personality. As she learns to recognize and deal with the feelings Colley’s absence from her daily life has stirred up, she must also contend with the murder of a controversial politician that has polarized Baton Rouge and touched off waves of violence. Some of her experiences from Dark River Rising enable her to better deal with what she finds here, but she will also have new troubles and joys that will shape her for the future. 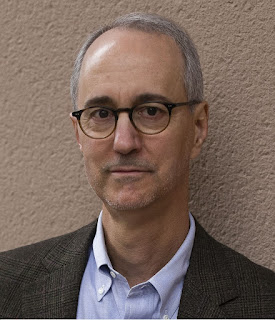 ROGER JOHNS is a former corporate lawyer and retired college professor, and the author of the Wallace Hartman Mysteries from St. Martin’s Press/Minotaur Books: Dark River Rising (2017) and River of Secrets (2018). He is the 2018 Georgia Author of the Year (Detective ▪ Mystery Category), a 2018 Killer Nashville Readers’ Choice Award nominee, and a finalist for the 2018 Silver Falchion Award for best police procedural. His articles about writing and the writing life have appeared in Career Author, Criminal Element, and Killer Nashville Articles. Roger belongs to the Atlanta Writers Club, Sisters in Crime, International Thriller Writers, and Mystery Writers of America. He is a member of The ITW Fearless Bloggers and, along with four other crime fiction writers, he co-authors the MurderBooks blog at www.murder-books.com. You can visit him at www.rogerjohnsbooks.com.
River of Secrets is available at:
IndieBound
Amazon
Barnes & Noble
Hudson
iTunes
Books-a-Million