John Henry “Doc” Holliday represents the iconic American antihero. Gambler, gunman, devoted friend of Wyatt Earp—and virtually no one else—he perfectly embodies the ethos of the “Good Bad Man” that characterized many of the Old West’s most notable figures.

But it’s some of the lesser known details of his life that make him truly intriguing.

1. His Going West Had Nothing to Do with his Health

It’s commonly believed that Doc, who was suffering from the same disease that killed his mother—consumption (tuberculosis)—left the South for the West for the sake of the drier, healthier climate. Put simply: no.

First, Doc’s initial stop was Dallas, which was hardly healthier than his native Georgia—it was just as humid, had experienced a yellow fever outbreak only two weeks before his arrival, and had so much horse manure fouling the streets they let pigs loose to eat it. (What they did with the pigs is lost to history.)

Second, there were several notable hot springs much closer to home, including a few quite close to Holliday family properties, where Doc could have convalesced if his health were the real issue.
Third, when Doc arrived in Dallas, his first order of business didn’t concern his lungs. He teamed up with a local dentist named John Seegar, a stern moralist, and also joined both the local temperance society and the Methodist church—all of which suggests Doc hoped to turn over a new leaf.

Before leaving Georgia, he had been chastised by family elders for his volatile temper and increasingly dissolute lifestyle, including not just gambling and drink but consorting with an accused murderer, a local gambler and bartender named Lee Smith. 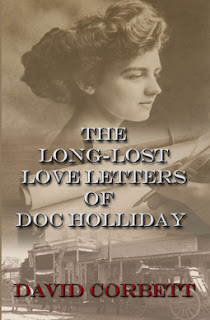 That said, Dallas at the time of Doc’s arrival was a wide-open frontier town, and Doc heard the call of the saloons and gambling parlors all too soon.

2. Doc Himself Gave Two Conflicting Reasons for Leaving the South

Doc told Bat Masterson that he had to decamp for the frontier because of an incident at a swimming hole on the Holliday family property near the Florida-Georgia border. A group of black youths often swam there, and on one occasion Doc took exception to their presence. When they refused to leave, and in fact defiantly told Doc that he and his white companions were the ones who would have to find a new place to swim, he returned with a shotgun and opened fire, killing two as the youths fled.
No official sanction arose from this episode, nor is there any historical record; yes, it was Reconstruction, but still the South. However, per Masterson, the family thought it best that Doc “go away and allow the thing to die out.” (Other accounts have Doc either shooting over the youths’ heads—the version offered by his uncle, Tom McKey, who claimed to be present—or slaughtering them all.)

However, Doc told a much different story to Gillie Otero, the son of the then-governor of the New Mexico Territory. In this version, Doc was jilted by a young woman back home, and that became “a turning point in his life.” Otero recounted this long before rumors concerning a possible romantic connection between Doc and his cousin Mattie ever became publicly known.

3. The Issue of Religious Conversion Played a Significant Role in Doc’s Life

On her deathbed, Doc’s mother turned away from the Presbyterian faith of her husband, Doc’s father, and converted back to the Methodism of her youth. She did so for Doc’s sake.

She did not want her only surviving child convinced, in accordance with Presbyterianism’s advocacy of election (predestination), that his eternal fate was already decided, and his actions in this life meant nothing. Rather, she wanted him to embrace Methodism’s belief in the availability of God’s grace through good works—“deeds not creeds,” as the saying went.

It has sometimes been conjectured that it was his cousin Mattie’s Catholicism that created the barrier to her and Doc being together. First cousins are forbidden from marrying in the Catholic Church, and her faith ran deep.

Interestingly, when Mattie subsequently joined the Sisters of Mercy, she chose the name Sister Mary Melanie. What makes that especially intriguing is the fact that her namesake, St. Melanie, before renouncing this world for the sake of the next, married her first cousin.

Adding even more intrigue, Doc reportedly converted to Catholicism shortly before his death, as though preparing himself to be with Mattie beyond the grave.

Doc left Georgia a committed Democrat, as antipathetic to the Party of Lincoln as any other young southerner of his generation.

While out West, however, he eventually embraced the vigorous ethos of investment, expansion, and progress that the Republican Party championed, specifically as it related to the mining interests he pursued along with gambling.

In contrast, Mattie never forgave the North for the devastating effect that imprisonment by Union troops had upon her father. Six years after the Civil War’s end he died a broken man, mentally and spiritually as well as physically. She remained a “unreconstructed rebel” even after entering
the convent, which she postponed until an opening arose in the South—a nun who couldn’t forgive.

5. Doc Never Fired a Shot at the Man He Hated Above All Others

Mattie wasn’t the only one who couldn’t forgive. Throughout his life, Doc harbored a deep-seated animosity toward his father. The older man absented himself a great deal while Doc’s mother lay dying at home, then remarried a mere three months after her death. Not only did his new bride live just down the road, she was only 23 years old—a mere seven years older than Doc.

As if that weren’t indignity enough, the elder Holliday added further insult by heading the local Freedman’s Bureau for a time, which as far as his son was concerned made him a “scalawag,” as such traitors were known at the time. 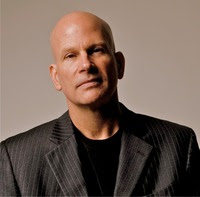 David Corbett is the author of six critically acclaimed novels: 2018's "The Long-Lost Love Letters of Doc Holliday;" 2015's "The Mercy of the Night" (starred review, Booklist); "The Devil's Redhead" (nominated for both the Anthony and Barry Awards for Best First Novel); "Done for a Dime" (a New York Times Notable Book); "Blood of Paradise" (nominated for numerous awards, including the Edgar, and named both one of the Top Ten Mysteries and Thrillers of 2007 by the Washington Post and a San Francisco Chronicle Notable Book); and "Do They Know I'm Running?" (Spinetingler Award, Best Novel 2011 -- Rising Star Category).David's short fiction, collected in 2016's "Thirteen Confessions," has appeared in numerous anthologies and journals, from "Las Vegas Noir" to "Smoking Poet" to the upcoming "CRIME + MUSIC" (Oct 2016).His story "Pretty Little Parasite" was selected for inclusion in "Best American Mystery Stories 2009." The story he co-wrote with Luis Alberto Urrea, "Who Stole My Monkey?", was included in "Best American Mystery Stories 2011." David has also contributed a chapter to the world's first serial audio thriller, "The Chopin Manuscript"--which won an Audie Award for Best Audio Book of 2008--and also to its follow-up, "The Copper Bracelet." His book on the craft of characterization, "The Art of Character" ("...will rest close at hand on writers' desks for many years to come" -- Cheryl Strayed) was published by Penguin Books in 2013. His nonfiction has appeared in Writer's Digest (where he is a contributing editor), the New York Times, San Francisco Chronicle, Narrative, Zyzzyva, MovieMaker, Bright Lights, The Writer, and numerous other venues. For more, go to www.davidcorbett.com.

The most notorious love letters in American history—supposedly destroyed a century ago—mysteriously reappear, and become the coveted prize in a fierce battle for possession that brings back to life the lawless world evoked in the letters themselves.
Lisa Balamaro is an ambitious arts lawyer with a secret crush on her most intriguing client: former rodeo rider and reformed art forger, Tuck Mercer. In his newfound role as expert in Old West artifacts, Tuck gains possession of the supposedly destroyed correspondence between Doc Holliday and his cousin and childhood sweetheart, Mattie—who would become Sister Mary Melanie of the Sisters of Mercy.
Given the unlikelihood the letters can ever be fully authenticated, Tuck retains Lisa on behalf of the letters' own, Rayella Vargas, to sell them on the black market. But the buyer Tuck finds, a duplicitous judge from the Tombstone area, has other, far more menacing ideas.
As Lisa works feverishly to make things right, Rayella secretly enlists her ex-marine boyfriend in a daring scheme of her own.
When the judge learns he's been blindsided, he rallies a cadre of armed men for a deadly standoff reminiscent of the moment in history that made Doc famous: The Gunfight at the OK Corral.
Posted by Steve Weddle at 3:00 AM