7 Minutes With: Bunch of D

This episode of 7 Minutes With features Jedidiah Ayres talking about movies, Chris Holm on music, and Holly West on scatology.

The final half-hour of the show is a chat I had at Fountain Bookstore with author Caleb Johnson, who was launching his debut novel, Treeborne.

Listen to the podcast here

The water was coming, but Janie Treeborne would not leave. She’d lived alone in this house perched on the edge of a roadside peach orchard in Elberta, Alabama, ever since Lee Malone sold it to her. Sold maybe not the right word for the price she paid, the price he would take. But it was hers and she would not leave. Rather the water take her too.
She’d been telling her visitor exactly how she came to own the house, which once was Lee’s office and, before that, his boyhood home. A complicated matter. To tell how this house and the surrounding property became hers she needed to tell how it became Lee’s, and to do that she needed to first tell about a man named Mr. Prince.
“See, back then folks thought Mr. Prince wasn’t but a rumor and a last name,” she continued. “But he was real. Lived in one of them mansions down on the river. Anyhow, Lee started working at The Peach Pit not long after the storm.
“Worked here for years. Then one day Mr. Prince carried him to lunch out at Woodrow’s. The Hills would of been about the only place they could eat together. They ordered and sat down and Mr. Prince said he was selling the orchard, the old cannery, and a little cottage he owned in town for whatever was in Lee’s billfold right that moment. Can you imagine? Mr. Prince died not too long after. Most of my growing up, folks still thought Lee wasn’t nothing but the orchard manager. Would of got to a certain kind of person. Not him, not to Lee Malone.”
Janie Treeborne’d come to own the peach orchard—and the other properties once belonging to Mr. Prince—the same way as Lee Malone. She sat at a greasy tabletop inside Woodrow’s Pit Cook Bar-B-Q where, years before, Lee’d counted out of his billfold two-dollar-five-cent and a receipt for a bag of dog food, and she searched for what money she had in the depths of a purse she felt foolish toting around. Lee’s heart was weak by then. He had considered turning the land over to Janie for a long long time. 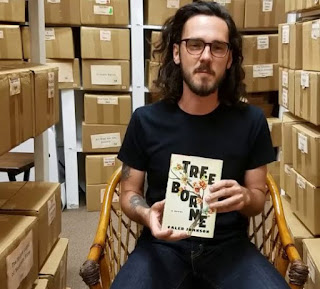 She thought she would of handed everything down to her visitor, this young man sitting with a tape recorder on his lap and a long microphone gripped in his hand. So why’d she not? Janie couldn’t remember. Did it matter? He was here, he was home. Had her same big forehead and freckled nose, her granddaddy Hugh’s thick black hair and high-cut cheeks. A Treeborne, she thought, through and through, right down to the bone.
“Do you remember how much it was you paid?” he asked.
“Foot yes, I do,” she said. “You reckon your grandmomma’d up and forget something like that? It was sixteen dollar and a pack of chewing gum.”
“Did you ever regret not paying him more?”
“Regret, foot,” she said. No amount would of been sufficient. This place was priceless. But how to explain that? “Lee’s body might of blunted,” she went on, “but his mind stayed sharp till the end. I always tell that if mine ain’t then somebody please shove a gun right here and fire that sucker twice. There’s one right yonder in the dresser drawer. I don’t give a rip if it sounds morbid! Life’s morbid! Love sure enough is.
“Lee Malone taught me everything about the peach-growing business. Everything. Even helped run the fruit stand through his last good summer on earth. Could still sing his head off too. Them trees yonder, we planted them together. Look out thataway you’ll see where the house he died in once stood. Wasn’t much to the place itself, but it was in Elberta and belonged to him, and there was a time that meant something. See? Other side the road there, just below the water tower Ricky Birdsong fell off of.”
“Are there any pictures of Mr. Malone?” the young man asked.
Janie got up from her recliner chair and took one of the dozens of photo albums shelved in the living room and stacked in cardboard boxes pushed against the wall. She opened to a picture of the old Elberta water tower. Pointed, turned the page. Black-and-whites of folks standing by water, with dogs, by log houses and woodpiles, next to pickup trucks and wagons, at school, at church, in decorated cemeteries, along fencelines and unidentifiable roadsides and hedgerows. Somehow not one picture of Lee Malone.
She turned the page again and pointed at a girl with straight black hair touching bony shoulders. “There’s me,” she said, squinting as if to be sure. “Would of been the year before MawMaw May died—if I’m right.”
“Do you still think about it?” the young man asked. 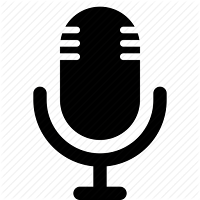 Listen to the podcast
on iTunes
or Soundcloud