Angel Colon on Pull and Pray

Angel Colon revisits today, and the reason? He's got a new novella out, Pull and Pray, the second in his series about professional thief Fantine Park. We first met Fantine, if you remember, in No Happy Endings (2016), which featured a heist gone wrong in New York City during a once in a century hurricane.  Now she's back for a new robbery, this time out in Arizona, which is like a foreign country to her.  The leader of the crew is her aunt, and with all the unresolved family issues Fantine has, it's all she can do, pro though she is, to keep her mind on the job at hand.

Angel and I, e-mailing each other at night and in the morning hours before work, talked about the book:

SCOTT ADLERBERG: First a basic question, but one I’m curious about: What are Your Favorite Heist Novels?

ANGEL COLON: Here's where I say a bunch of stuff everyone else says but if I'm going to be honest, I'll lay it out: I didn't read any heist novels until I saw the movie Payback. I fell in love with the Parker character and THEN I read the bulk of that series in turn finding out about Dortmunder (and also having my mind blown that Richard Stark = Donald Westlake).

That said, I adore The Hot Rock but I think Bank Shot is my favorite (and I drew a tiny bit of inspiration from it for Pull & Pray).

Now, movies? My grandfather was a cinema junkie and exposed me to a lot of what I love. I watched The Killing, Rififi, and many others when I was a kid. That said, I probably draw a lot more influence from movies like A Fish Called Wanda, Set It Off, and Bottle Rocket.

Were there any specific models you had, in books or film or anywhere else, for Fantine as a character?

Fantine was heavily influenced by two people; one fictional and the other non-fictional. The first is Enid Coleslaw from Ghost World - cynical and impulsive beyond her years. The real person shall not be named or hinted at. All I can say is she was real and probably two people in the whole wide world have recognized character traits (and a line or two) that are distinctly this semi-awful human being.

You’ve written about  an Irish guy with Blacky. But you had a lot of experience with Irish guys growing up in the North Bronx. You knew them first hand. How did you decide on Korean for Fantine? And in this era of identity sensitivity and the question of what is appropriation, did you have any hesitation making her, a Korean-American,  your main character?

It was a very difficult decision to land on Korean for Fantine and I took great pains to avoid appropriation. From the very jump, though, this character popped into my head as Korean-American, and I couldn't pull away from that. This is why I drew quite a few parallels between her and I when creating her as well. Fan's from a military family that's very mixed - which I draw direct inspiration from because that's my upbringing too.

Fun fact: my father remarried when he was stationed out in Seoul, Korea throughout the 80's and 90's. I've got a Korean stepmom and a Korean stepsister. It doesn't give me carte-blanche, but I'm not entirely ignorant. (bonus: my half-brother's afro-latinx - Mia Farrow would have a stroke if she saw my wedding party pictures).

I worry I don't land the notes all the time but I'm of the belief that writers should present the world as it is - to a fault. I'm not going to touch on anything heavy with this character and if I did, I'd probably go out of my way to pay for a sensitivity reader or potentially harass my family out in California. 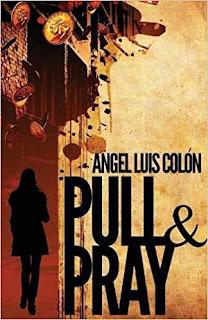 A lot of writers, and good ones, don’t land all the notes when they’re writing about people they know, in their own “group”, as it were.  That’s just writing, it seems to me. Who lands “every note” in anything? Not many. Of course there’s that extra element of sensitivity, especially now, when you write out of your own “group”.  But I get the sense you feel anyone can write about anything or anyone if they do it well, going by your output so far. Or am I wrong about that?

I'd say a writer can write about anyone but not anything. I don't think any amount of sensitivity readers or editors is going to help a white writer write about what it is to be black in America today with complete perspective. I don't think I'd be able to speak about the Asian-American experience as a whole either. I can speak a little more for a marginalized character, obviously, but not the whole.

Books like Blacky Jaguar or Pull & Pray aren't about identity as much as they're pulp adventures. For me, that's fine to play with the casts as I see fit. Now, if I wanted to put together a book that leaned heavily into social concepts and injustices? I go Latinx all the way then because that's what I am and I can speak to that experience with more truth and nuance.

I can see how this is talking out of both sides of my mouth, but a subject like this can't be two-sided. Diversity's important and so are #ownvoices stories, but writers need to have diverse casts and characters too. If not, we run the risk of segregating our stories. If I'm being honest, that tends to be one of my biggest worries - that diversity in fiction is kept penned into it's 'own thing' long enough to be deemed a marketing fad and shut away because that's exactly the kind of shit that always happens.

The Blacky books and the Fantine books are definitely unabashed pulp adventures, and I like how they all have a sense of fun and a lack inhibition. Also, no worries about “good taste”.

Before you wrote these books, was this the kind of stuff you long wanted to write? And in terms of pulp, in books, film, whatever - what is some of the key stuff you might call influences or favorites? I know there must be a lot, but in particular, when you were younger, works that made you think I want to create those kinds of stories and I could do that.

I've always been big into comics and pulp stories, so while it wasn't entirely in the cards, writing Blacky and Fan felt right for me. I've got a long list of things I'd like to do - horror, maybe something a little more serious - but it took me a long time to find my voice and be confident in that voice. That voice just happens to be snarky and fits comfortably within my current genre. Not to say it can't change, but it's a pretty big step to find yourself as a writer and be happy with that. Too often do people let themselves be molded by trends or feel like they have to "slum it" in another genre before going where they truly want to go.

That works for me also. The sense of experimenting. But coming back to the heist novel, or heist stories in general,  for a second. They definitely have their own set of technical concerns. You talked about seeing a lot of heist movies growing up and coming to Stark/Westlake novels later. In movies in particular, something like Rififi, you see a lot of prep work without getting the full picture of how the pieces will all cohere when the robbers do the actual job. The best heist movies do that so well. Heist stories are so much about process. The Richard Stark novels, the ones I’ve read, are loaded with process. How do you work that divide, how much pre-plotting and outlining, so you show the reader enough to be intrigued without showing them what the whole heist picture will be?

It's funny. The short answer: It's really fucking hard to plot out a heist - especially one that works.

Long answer: I decided to write a character like Fan because she is very much NOT the mastermind. She works locks - a job, that when things are planned well, shouldn't take her very long or too in the reeds in plan details. Fan is very much an instrument of whoever hires her. I thought it would be fun to focus on a character that sometimes isn't privy to the whole picture, just like the reader, and since she misplaces her trust in these endeavors, finds herself needing to improvise way more than she should have to.

That said, Fan's coming into her own along with me and as we both realize there's only so many jobs where she should be caught unaware of details, there seems to be a need for Fan to grow into her own thief, doesn't there? I wonder what it would be like if she took it on herself to become the 'boss' for a change (ooooh, I'm dropping hints). 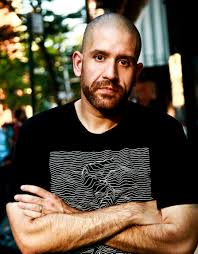 I like hints.  And teasers. So yeah, let’s have that Fantine story where she’s leading a crew. Being a boss of anything brings its own set of problems, and they may have nothing to do with difficulties of the actual job. Lots to work with there, it sounds like.

Next up, from what I’ve heard is a novel? Will this have a similar kind of tone- pulpy, snarky - as the novellas so far?

Yessir - I've got a novel coming next year called Hell Chose Me. I've actually got me some back cover copy:

Bryan Walsh is a killer for hire.

He is haunted by those who have fallen by his hand.

He will stop at nothing to avenge his brother’s death.

When a lifetime of bad karma finally lands on Bryan’s doorstep and leaves his brother dead, he must survive long enough to find the killers and get his revenge, but as the path only grows bloodier, Bryan may not be able to handle the steps he’ll need to take against his enemies.

As he becomes more unstable and his past crashes into his present, Bryan must decide if vengeance is worth becoming the monster he always denied or if he could find a another path; one that could lead to something like redemption.

Hits all the points, right? The copy's pulp to hell and covers all the tropes. I'm hoping folks find that the inside doesn't. I tried to marry all the weird grindhouse concepts I loved with a little bit of literary flair and outlandish shit I've always wanted to write. There's definitely a something in there for Blacky Jaguar fans (or fan, I can live with that) to enjoy, too.

I will definitely be looking forward to it!

You can get Pull and Pray right here.