Believe it or not, there was a point in my life when I didn't swear much. One of the hardest adjustments was understanding for myself that if certain words came from a character's mouth in a story I wrote, they still weren't my words.

I got over the swearing.

It's been much harder dealing with other language.

Remarks made against women or racist comments are the hardest thing to put in a character's mouth. You'd think I might be used to it because The Spying Moon has a lot of it, but making Moreau be female and half Native were deliberate choices to multiply the number of ways she's alienated in the story. 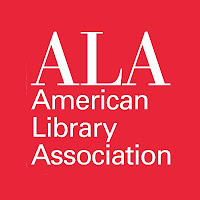 I still find myself worrying. Worrying someone will take a character's remark personally or think their sentiments are my own. When I wrote it initially that wasn't something I thought about as much, but so much has changed in the last two years that it's clear we aren't moving past racism as a society. Discrimination, on multiple levels, seems to be more rampant than ever. And in some circles it's even acceptable, if not encouraged.

Having a character tell a woman to get in the kitchen or make an assumption about someone based on their race while the POV character and others recognize that as wrong is different from writing something based on your experiences, with a POV character who shares your name and expresses racist sentiments.

In the wake of the ALA decision to rename an award there's been good reason to think about our racial language in what we write. I think that first, the ALA can call their award whatever they want. Second, no books are being banned. They changed an award's name to make it more inclusive and in line with their mission as an organization.

Backlash over the name change shows that people can be reactive. Some may be racist and others may just be insensitive.

It has heightened my awareness. My friend count recently went down on Facebook when I asked people who support putting babies in cages to unfriend me. I consider that the best kind of housecleaning possible. I don't need to engage with blatant racists to know how they think.

But what it shows is that this type of thinking is far more prevalent than some of us realized. And that, for me, is the definition of white privilege. I don't always think about how people are treated based on race because I am white.

In order to address prejudices we have to acknowledge they exist and that will come into what we write sometimes. I trust readers to see that treating a person differently based on gender or skin color or sexual orientation or anything else is wrong.

But I will still think carefully about racial language in every work I produce. We send messages with our words. The subtext of any work worth reading shouldn't be that it was just an excuse to make crude or derogatory remarks.

The ALA's decision, particularly given the current climate, has heightened our awareness of how far there is to go to really change attitudes and embrace equality. I'm thinking about the nuances of language more than ever and, while I don't think that's necessarily a bad thing, the reason for it is. Hopefully the future will see a more inclusive writing community, as well as a more inclusive world.
Posted by Sandra Ruttan at 7:15 AM